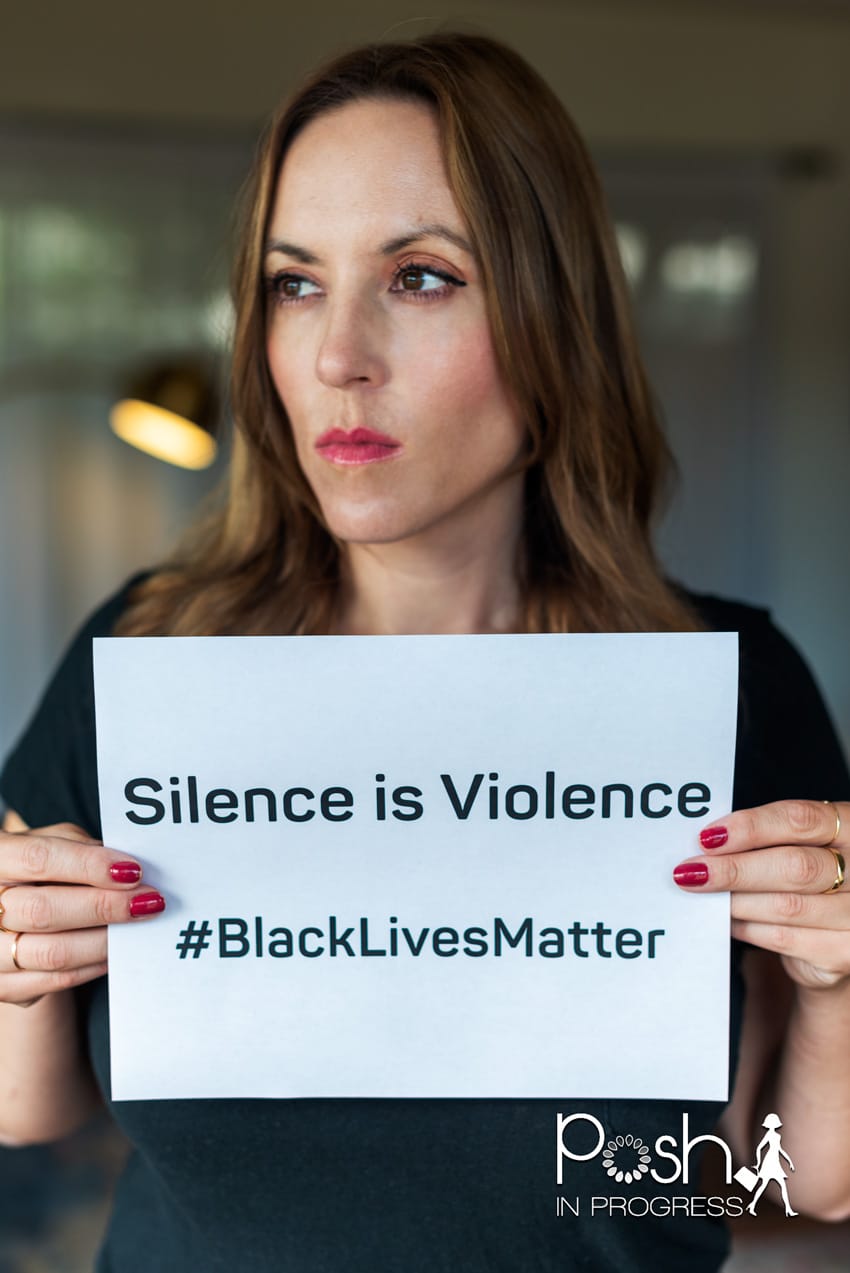 The biggest shock to me about George Floyd’s murder is just how surprised so many Americans are. To me that means one thing, they haven’t been paying attention. Honestly, I’m angry that people are suddenly outraged when African Americans have been treated inhumanely for, literally, centuries. But despite my annoyance that it has taken people this long to finally catch on, at least they are. I also know a lot of the reason that people, especially white people, don’t speak up, is they simply don’t know what to say. And it is NOT an African American person’s job to educate us. So, as a social justice educator, I’m going to try. I thought I’d make an effort, at least an attempt, to describe how to be an ally for Black Lives and to fight against racism.

As a caveat, my children are bi-racial. Their father, Jade, is African American. Thus, I have been around him and his family for the past 17 years. For my Masters and Ph.D. I studied African American educational experiences. Even despite my interaction with him and his family and my own children and my schooling, I do not claim to be an expert on race. Race and racism shift depending on place and time. And because I am not a person of color, I can never fully understand the lived experience of being Black in America. But I can speak directly to my experiences and what I’ve learned about how to be an ally for Black lives.

To be honest, when I met Jade in 2003, I was pretty clueless about race. I was very open-minded, craved to learn more, and sought out ways to educate myself. I had taken a few ethnic studies courses in college, I sought out community service opportunities in African American communities in New Orleans and Miami where I spent two winter breaks doing service, and I tried to learn as much I could about the systemic injustices imposed on African Americans. But, it is nearly impossible to understand what it is like to be Black, especially a Black man in America, unless you are one.

Despite being pretty green, Jade, some of my African American education colleagues, my schooling, and with my own experiences, I’ve learned a lot over the years. Most importantly, I’ve learned that it is better to try, better to attempt to understand, to empathize, to ask questions, and to put myself out there than to do nothing at all.

So to all my white friends who are afraid to say anything because you might say it wrong, say it anyway! Even if it’s wrong, your statement will open up a dialogue. It will allow you to learn and grow and be better. The more we start to dismantle the fear over talking about race, the sooner we can actually dismantle the racist system, itself.

How to Be an Ally for Black Lives 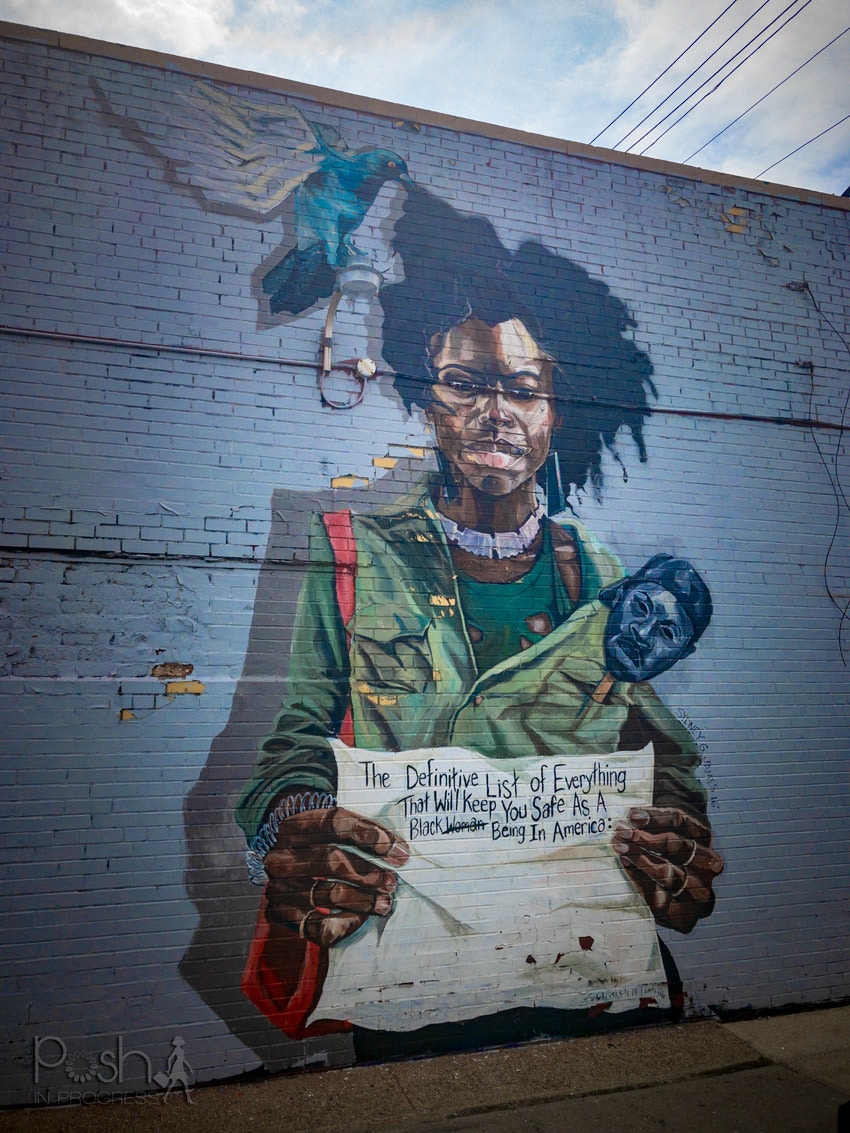 Have you taken the time to actually listen to Black people share their lived experiences? Entering those conversations without any preconceptions, with open minds? Have you taken the time to really hear what they have to say, without thinking about how you’re going to dispute what they said? Have you heard their stories of how they have experienced racism in schools, at their jobs, on the streets, in their communities, but actually heard them and considered their worldviews?

Believe me, I know it is hard to challenge your preconceptions, your worldviews, I get it. I know it is really hard to believe that the people or places you live and surround yourself with could be causing hurt to other people. I understand all of that. But they are and it is.

When Black people tell you they have experienced racism and discrimination solely because of the color of their skin, BELIEVE THEM. Listen. Learn. Ask questions. Challenge your own notions of the way the world is and accept what they are telling you as the truth. You don’t have to like it, but you should be open to hear it, accept it, and figure out what you can do to fix it.

To start, you need to understand your privilege. Not just your privilege if you are a white person, although that’s a big one. But many other things can give a person more privilege, including coming from a wealthier background, having educated parents, etc. If you don’t know what white privilege is, I suggest you read this.

It is important you understand your privilege so you are more aware of the microaggressions that Black people experience every day. First, so you are aware of just how prevalent racism is in our country. And second, so you can try to change your behavior so you don’t contribute to imposing more microaggressions on Black people. As a couple of examples of microaggressions, I have never had someone ask me if they can feel my hair and tell me I have ‘good hair’ (my son and daughter have). I have never been called a derogatory word like the n-word (I’ve been with my kids and Jade when they have been called that).

3. Educate Yourself & Your Family

Talk to your family about race. Don’t say “our family doesn’t see color” because that is not the reality of the world we live in. Further, that is discrediting the lived experience of African American people. By saying you don’t see color, you’re basically ignoring a part of Black people’s identity that is very salient to their lives and their lived experiences.

What is important is to talk to your families about is the fact that people are treated differently based on their skin color and why that is not ok, why all people should be treated equally, and what you can do, as a family, to ensure you act with kindness and love and equality for all people.

There are many places to learn more about Black culture, but here’s one article to start.

4. Speak Out Even When You’re Uncomfortable

Any time you witness racism, you need to say something. You cannot stand by. If you want to know how to be an ally for Black lives, you have to speak up. You have to overcome your own fears and insecurities and take on the plight of those who are not there to speak for themselves.

As an example, I know a lot of us have older relatives who are racist. I get it, it’s a hard situation. They come from a different era, we don’t want to upset them, we don’t want to rock the apple cart. But guess what? They have not been alive since before the end of SLAVERY (ended in 1863), so there is NO excuse to allow any sort of racist behavior to go on.

Don’t misunderstand me. I do understand this situation because I have experienced it myself. I remember the first time Jade met my grandfather. Honestly, I was so frightened he would say something racist because my great grandmother (his mom) used to say the most derogatory things about Black people. To my utter shock, my grandfather treated Jade just as his own. He was completely respectful and (at least outwardly) did not display any racist tendencies.

But believe me, I have had conversations with many of my closest friends and family members about race and racism. Even though they are all well-intentioned, they still display racist behaviors and impose microaggressions on Black people, without even realizing it. So we have conversations, I explain why what they did or said or thought was racist, and I’ve slowly seen a positive shift in their attitudes toward Black people and a greater awareness on their part.

There have been several times in the workplace where I had to call out my supervisor for statements that were sexist and racist. Believe me, those are awkward and difficult moments. However, it is my job as an ally and social justice advocate to try. I want to help change this broken and inequitable system. So I do. I definitely don’t always get it right, but I always try.

Are you not sure what else to do or where to start? I would suggest that you donate your time and/or your money. These are simple ways to help fight for social justice and equality. There are many organizations to which you can donate. This article describes a lot of suggestions. You can also support Black-owned businesses. Here is an article specifically about Black-owned financial institutions and here is an article about Black-owned fashion and beauty brands.

There is no right way for how to be an ally for Black lives. The best you can do is just start. Just try. Just listen and learn. We all need to do our part to dismantle the systemic racism in this country. I hope, for my kids’ sake, you’ll stand with me and be an ally.

Looking for more? Here is a previous article I wrote about racism my family and I experienced.