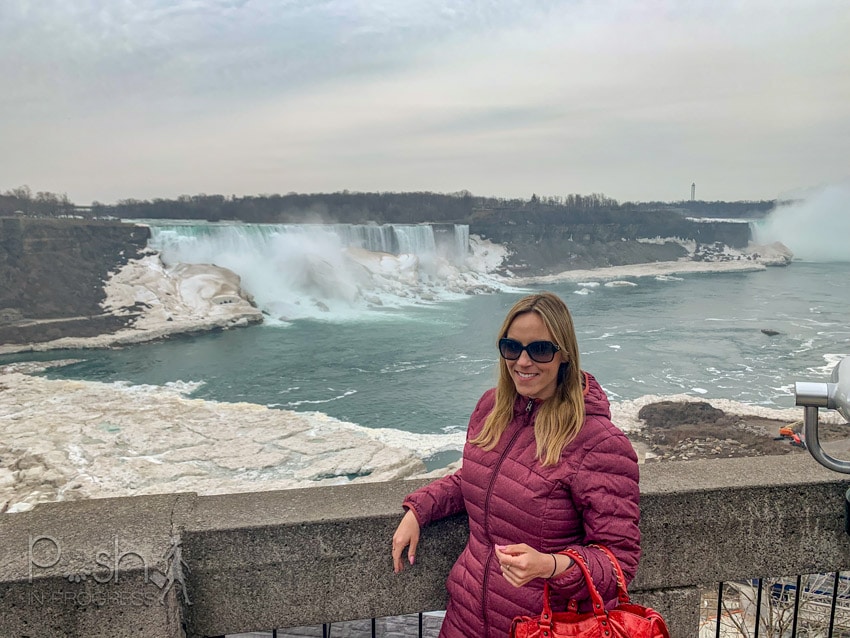 On my recent trip to Toronto, I had the chance to visit Niagara Falls. One of my colleagues decided to rent a car for the day, and I learned it’s an easy hour-ish drive from Toronto to Niagara Falls. Although I wouldn’t say visiting Niagara Falls was high on my bucket list, it felt almost wrong not to see the natural wonder since I was so nearby. 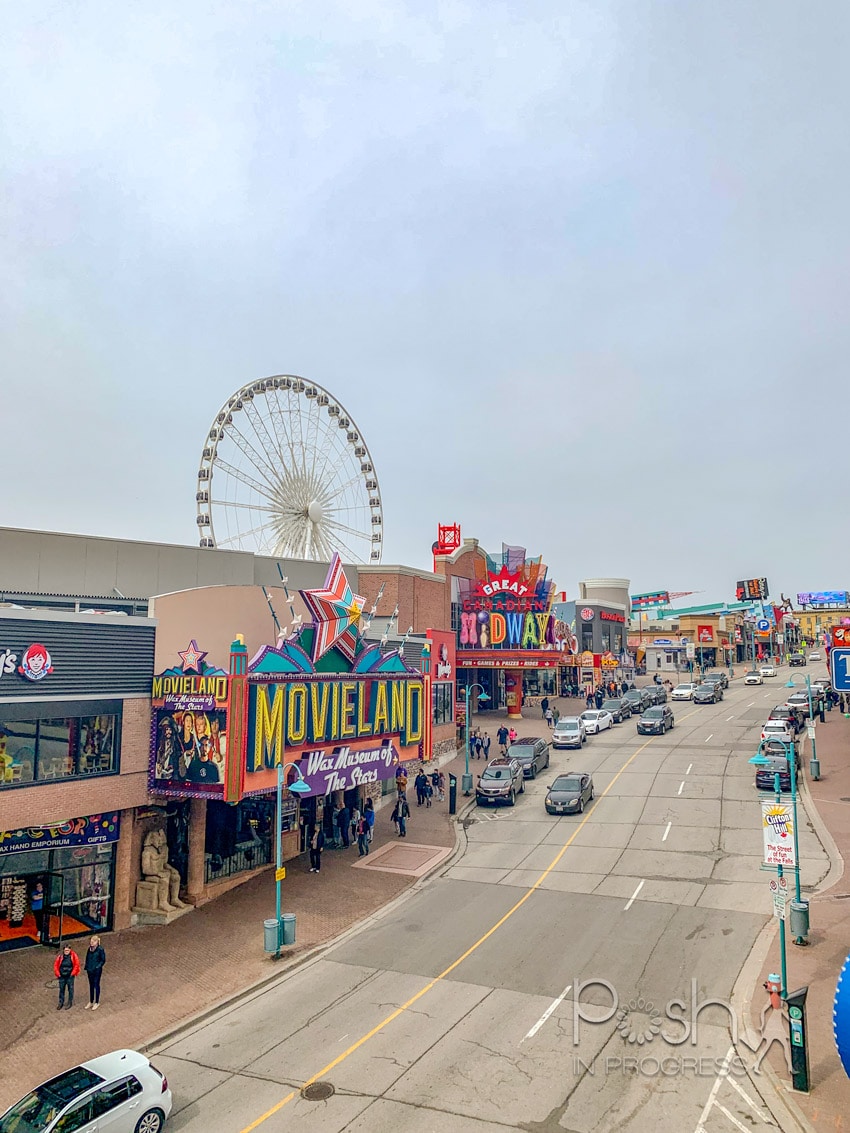 We arrived early in the day, as we all needed to be back in Toronto in the afternoon for work-related meetings. The drive itself, is quite simple, if not boring. The most complicated part of the entire experience was getting the rental car out of the maze of a parking structure where we picked it up.

The countryside on the way to Niagara Falls actually reminded me a lot of growing up in Wisconsin. One minute you’re in a large-ish city, and the next, you feel like you’re in the middle of nowhere. After a fairly quick and uneventful drive, we made from Toronto to Niagara Falls. We quickly learned that this is one wild town. None of us expected the spectacle we found. The main street leading to the falls is nothing, if not tacky. It actually looks a bit like Vegas – crazy lights, over the top marketing, and weirdness everywhere you turn. My uber driver, the day prior, had warned me that Niagara Fall is a disgrace. I thought he used awfully strong language for a natural wonder, but I quickly understood what he meant. All of the businesses and shops are so touristy – it was kind of annoying. I could definitely see kids loving the experience, however. As an adult, I could see through it all, but I think kids would love the visual wonderland. We found reasonable parking (I think it was $5) up the street a little ways. The walk to the falls was no more than a mile, maybe even closer to a half mile. Once we got there, it was quite gorgeous. The falls themselves are spectacular. In April, there was quite a lot of ice still at the lower part of the falls. I actually thought the ice looked beautiful, but we couldn’t go on boat tours that early in the season. I would like to see the falls when there is no ice. It would have been nice to be able to get up closer to them. I’ve read about the journey behind the falls, and various boat tours. Unfortunately, we couldn’t do any of those things because of the time of year. After that, we headed back to the car and back to Toronto. The entire trip took us about 3-4 hours. It is definitely doable to plan to visit Niagara Falls as a half-day trip from Toronto. The falls, themselves, are worth the time, but I would have to say the entire experience just made me laugh. I can’t accurately describe just how strange I found the little town.