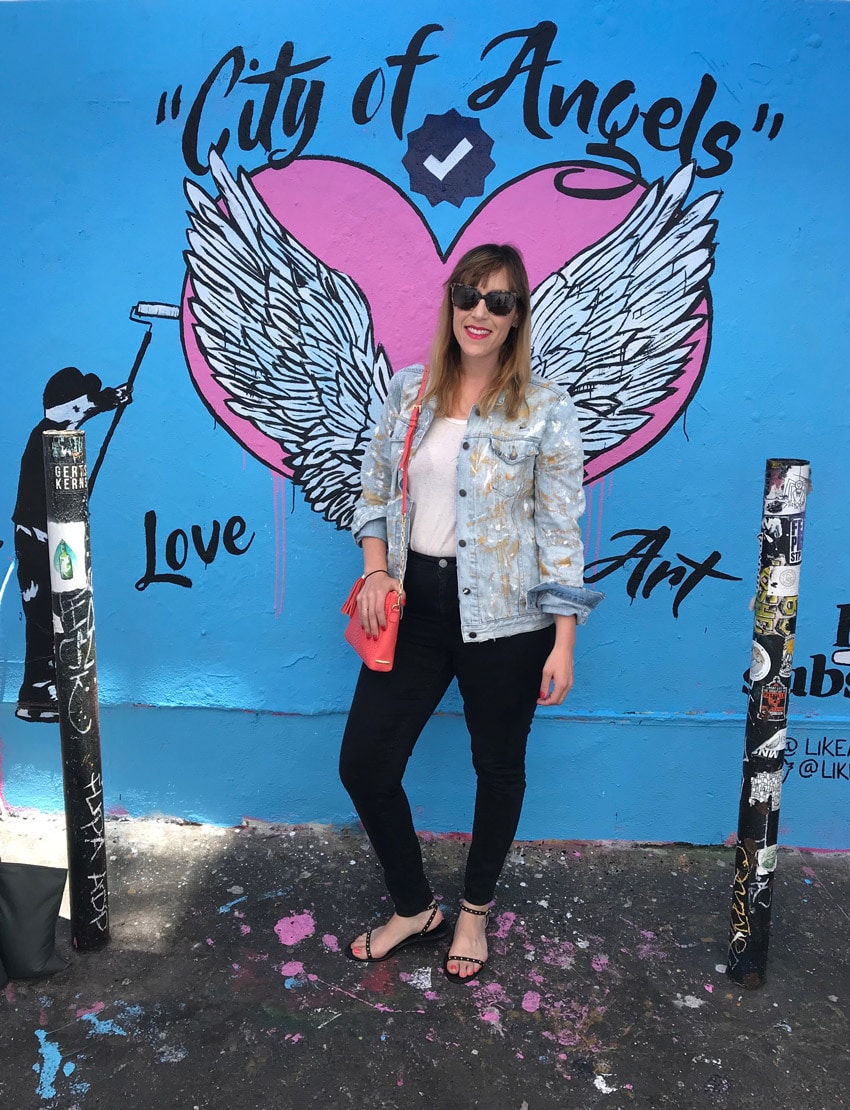 You need 20,000 instagram followers to visit this exclusive LA private mural, and I fell for it. I honestly contemplated not even admitting I visited the mural, because it felt just oh so pretentious. Then I decided to turn it into a story. So here it is.

My friend sent me a tweet telling me about the private mural, and since I was in LA, I decided to make the trip to Hollywood to check it out. When I arrived and walked up to the tent, I saw a bunch of people out front of the other wing mural on Melrose. There was a line of them, all waiting to pose with the famous wings. Just through the parking lot, there was a white tent with a chair out front and a sign that said the mural was private and could only be photographed if you have 20,000 followers. As I approached, a security guard walked out and asked to see my instagram page. He also asked “who are you?” I told him I was a blogger and he commented on my followers. Immediately, I felt really weird about the whole thing. 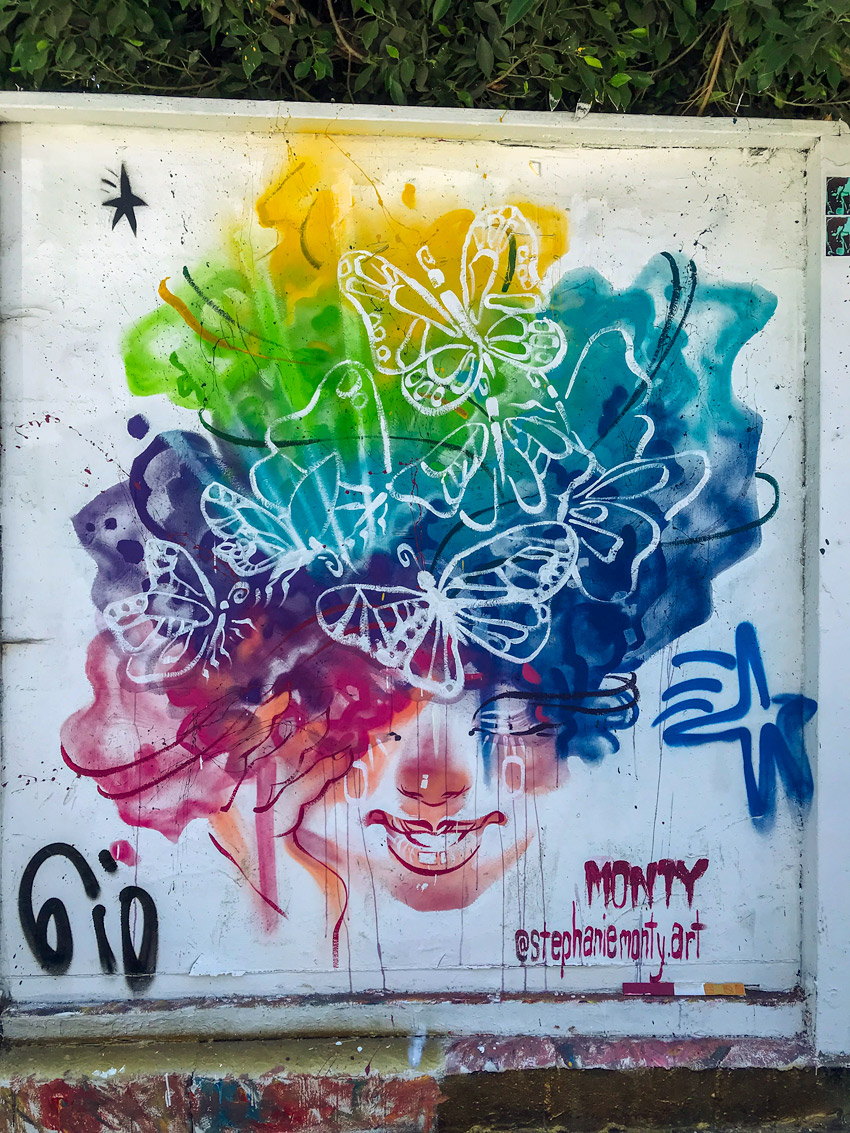 Right behind me, there was a young man who looked curious, clearly wanting to go in the tent too. I felt extra uncomfortable with the perceived elite status of the whole situation. As I walked inside the tent, I was fairly underwhelmed with the mural itself.

The wings themselves are nice, but I actually hate the blue check mark above them. I don’t like the whole ‘verified’ thing. I am not special because I have 100K instagram followers. I’ve spent a lot of time over the last five years growing my IG account, but that doesn’t make me special or elite. The entire experience just felt immediately so pretentious.

It is Marketing Genius 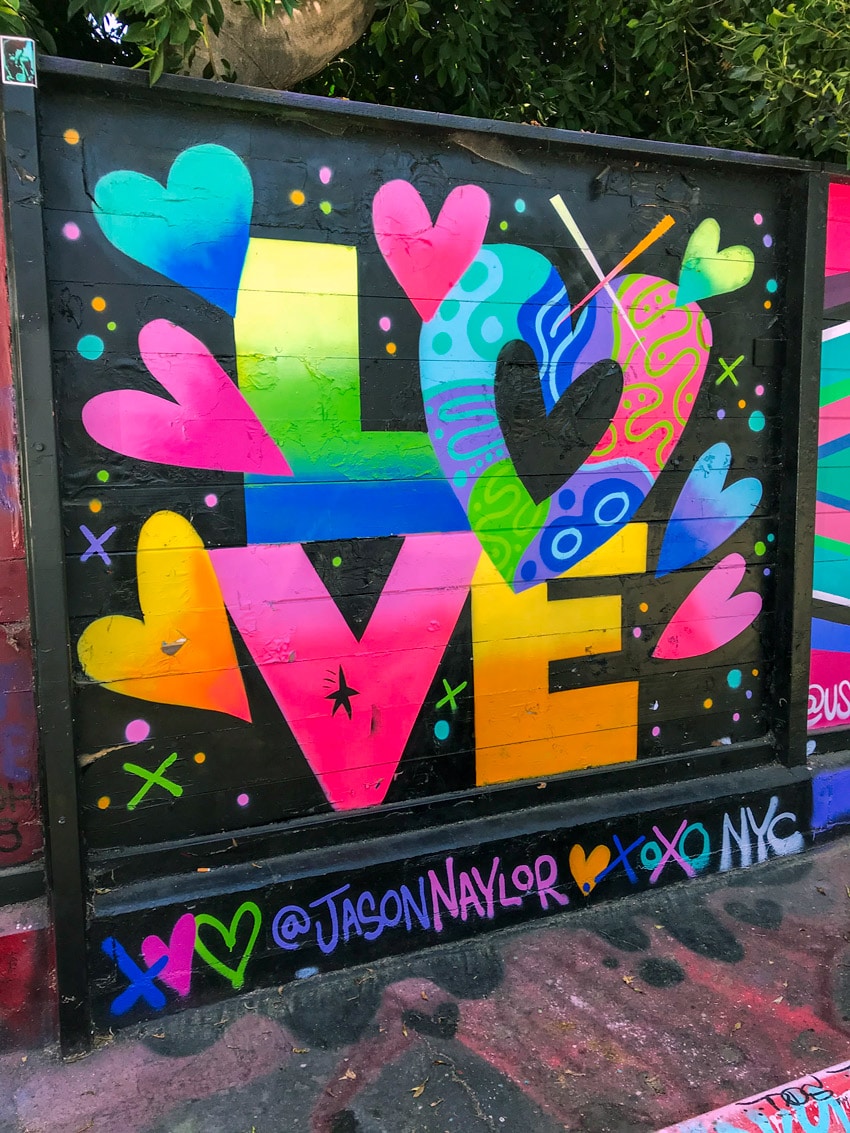 Despite my personal feelings about the mural itself or how pretentious I found the experience, I have to give the company major props. The exclusive LA private mural is marketing genius. Prior to seeing the Vice article, I had never heard of the company affiliated with the mural. On the sign outside of the mural, they have hashtags and they also included it in the mural itself, although it got cut off in my photos. Despite my feelings about the exclusive access, I do think the concept is really smart. It offers them a lot of free marketing, which is why I think it’s genius.

Other Murals In West Hollywood 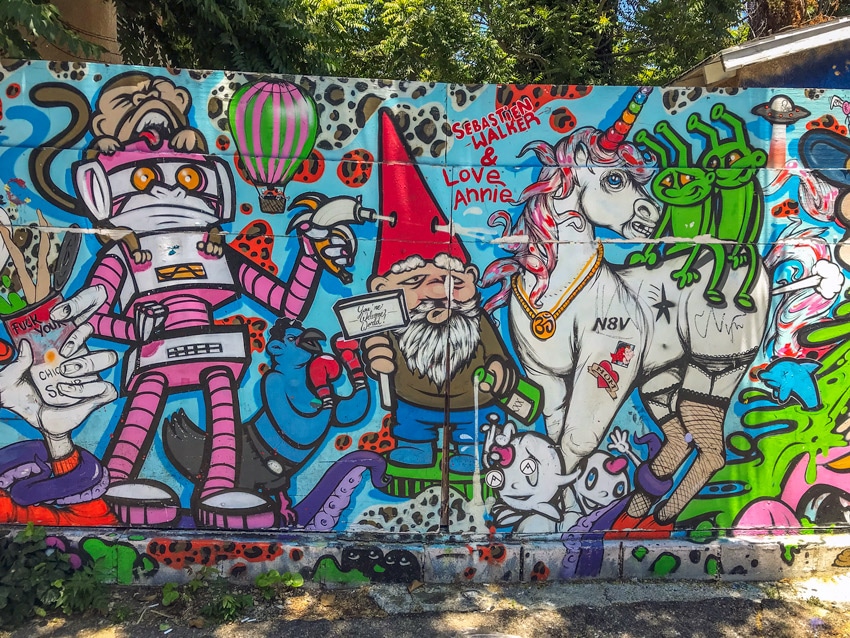 Despite my feelings about the LA private mural, I do still value street art. The thing that bothered me about the exclusive mural is that I think street art should be for everyone. Scratch that. I think all art should be for everyone, or anyone who wants to see it. If you’ve followed my blog, you know I love me some street art. I’ve blogged about it in Paris, New York, Detroit, Miami, Leipzing Germany. Basically, anytime I see great street art, I want to share it. There are a lot of great murals in West Hollywood. The ones I shot, I found in a matter of seconds right around the same area as the LA private mural. I’m not sure how long the mural will be guarded and exclusive, but I do know that it would be worth the effort to head over there for all the other great art. 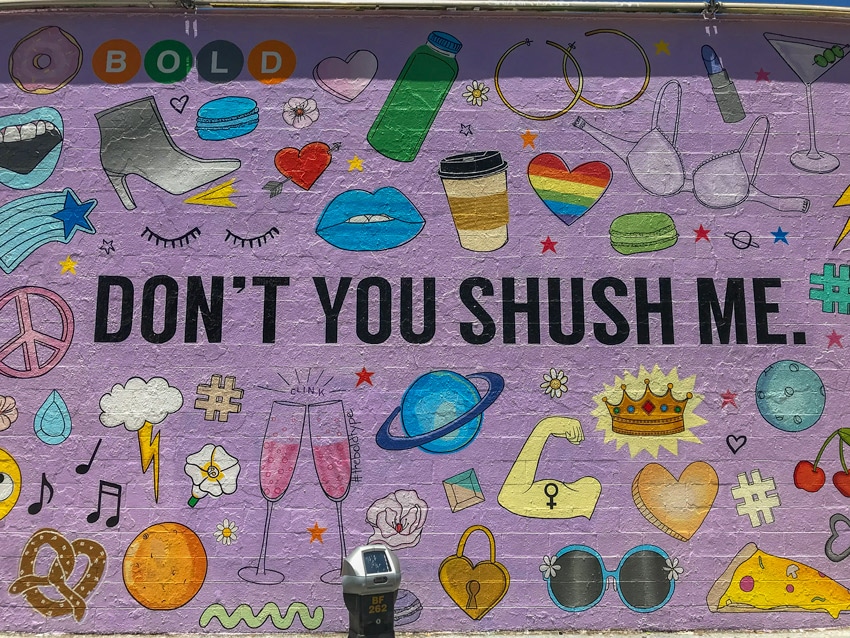 Despite not feeling very good about promoting an exclusive private mural in LA, I have to say the experience was eye-opening for me. At first, I thought it sounded ‘cool’ to get to be part of an exclusive group of people to get to visit a special mural. But I had such a visceral reaction to visiting the mural, it just felt so wrong. Why can’t everyone appreciate this piece of art? Why can’t all of us be equal? So there it is. I guess I’m a socialist. 😉