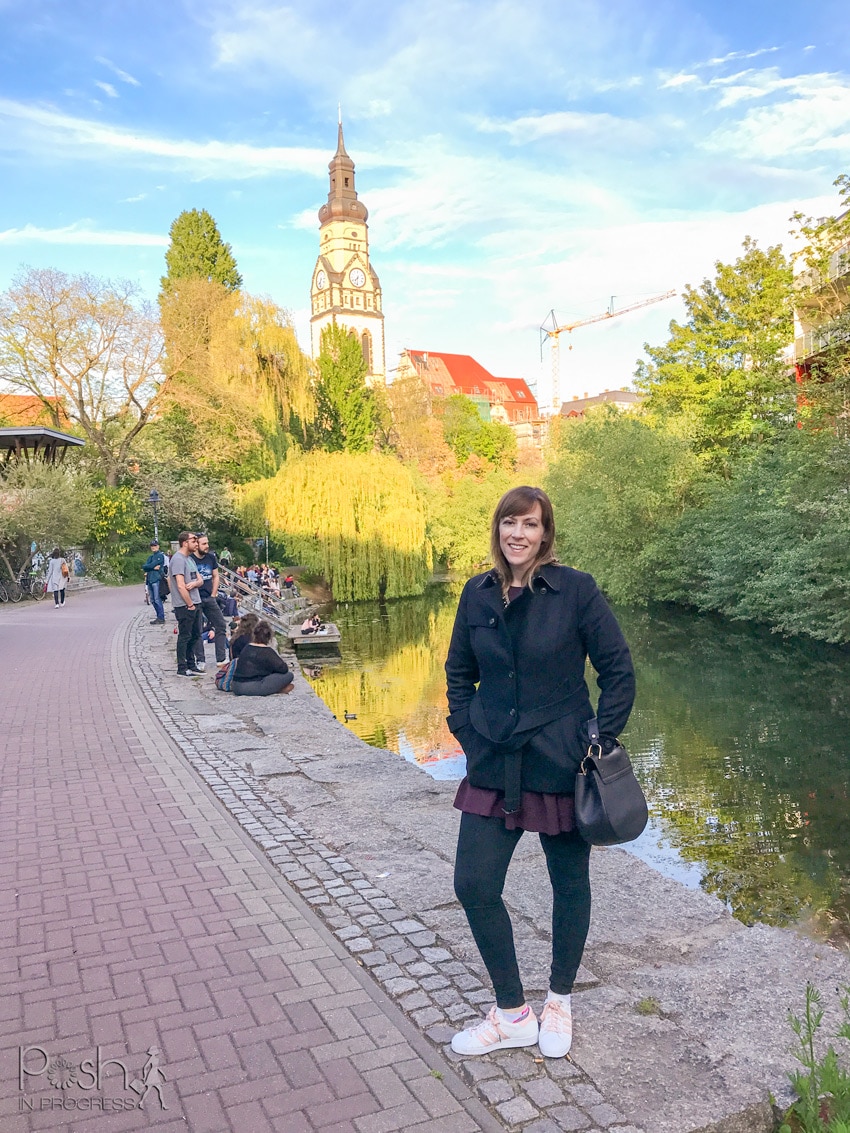 In between two work conferences in Europe, I had a chance to hop over to Germany to visit my long-time friend. My college roomie moved to Leipzig Germany last fall and I promised I’d visit her. She’s lived in Europe before, but the timing just never worked for me to visit her. It seemed like every time she left Europe was the exact time when I traveled there for work. Luckily, this trip aligned with her also being in Europe, so I jumped at the chance to see her. 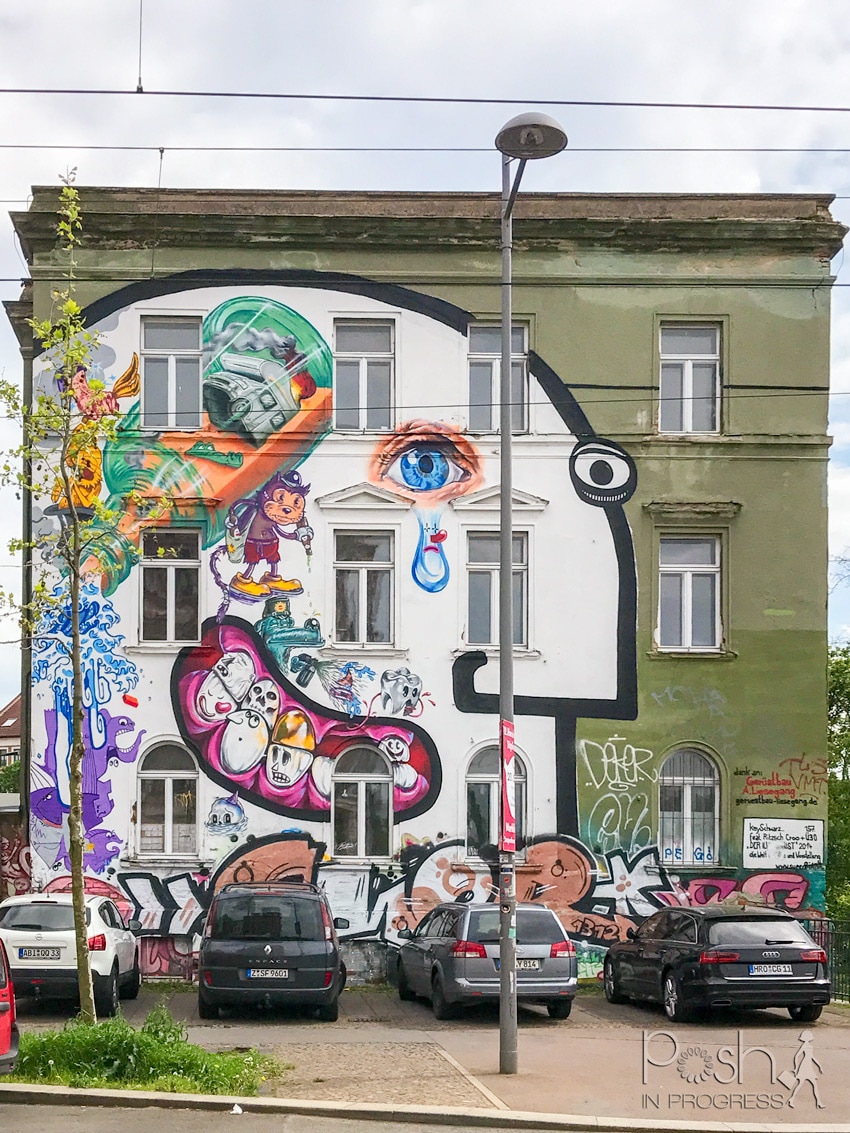 After a week of training sessions and meetings in London, I took a short flight to Berlin and then a three-hour bus ride to Leipzig Germany, where she currently lives. I honestly didn’t do any research about Leipzig before I arrived. Given that she’s lived there for several months, I had the privilege to rely on her as my tour guide. I actually love having little expectations about a place before I arrive because I find it is much more fulfilling. It can be really disappointing if you place all these expectations on a trip and then you aren’t able to see everything you planned or check all the things off your list. 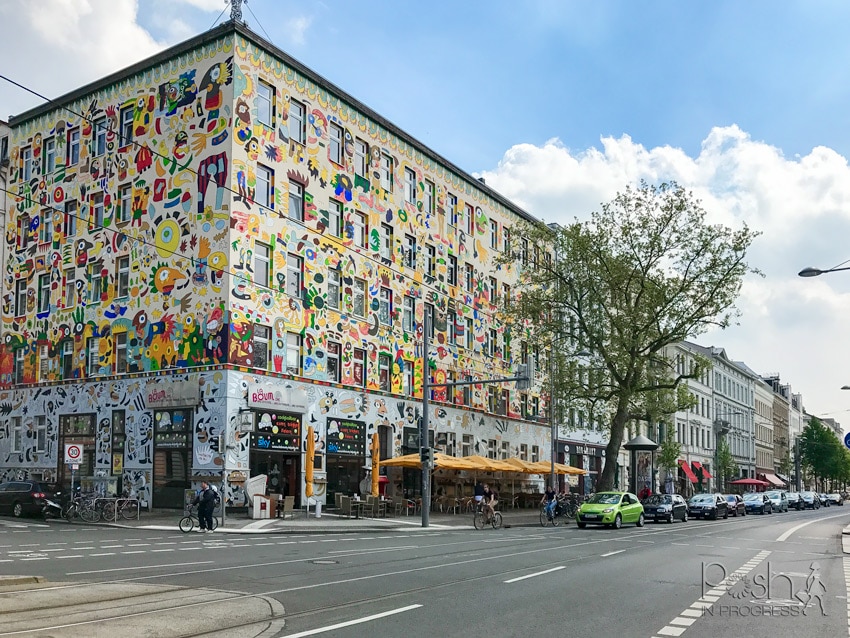 With my trip to Leipzig, I just anticipated a lot of time catching up with my friend, and that’s exactly what I got. There were some other unexpected things that happened in Leipzig. Namely, I was mesmerized by all of the street art and graffiti. I wrote about Paris street art last year, but I have to say, Leipzig’s street art wins! 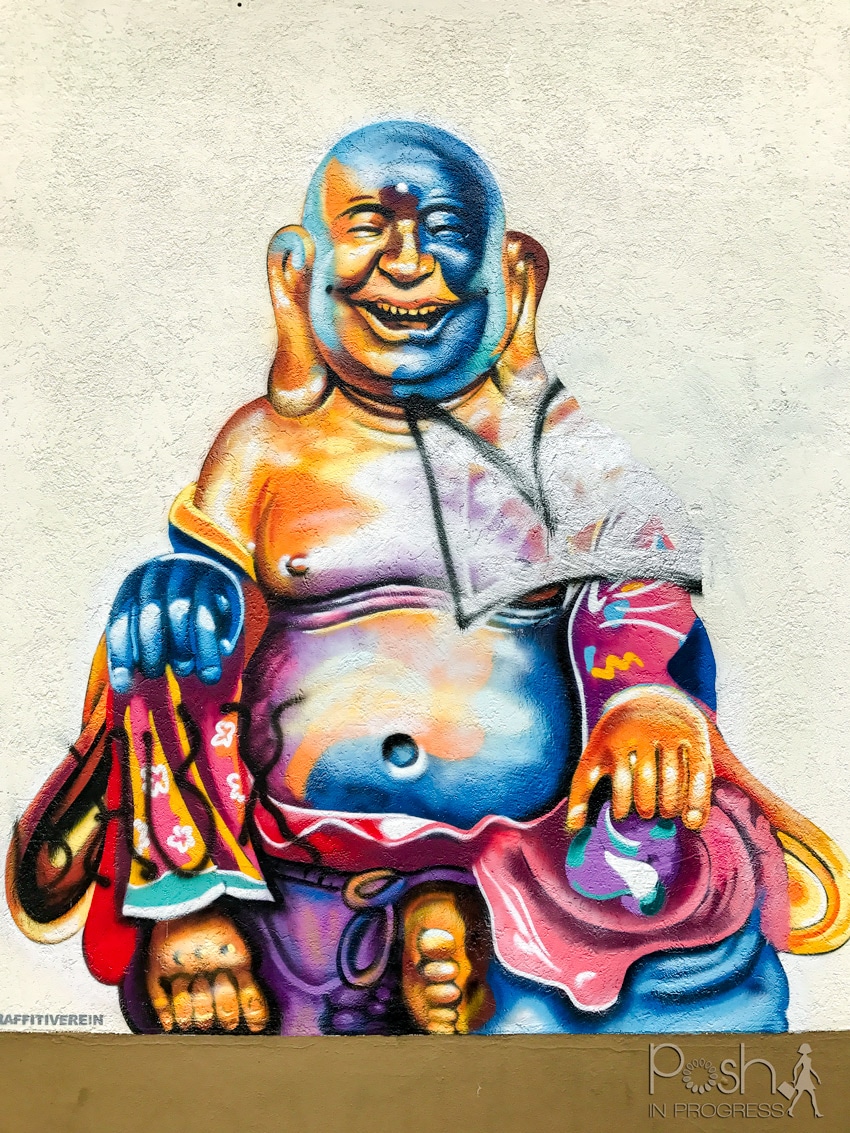 It felt like nearly ever surface in the city was covered in street art, graffiti, and frankly, tagging. I differentiate street art and graffiti from tagging in one way. To me, tagging is not artful, it does not feel purposeful. It looks like someone used spray paint to write their name or words, but not in a thoughtful way like street art. 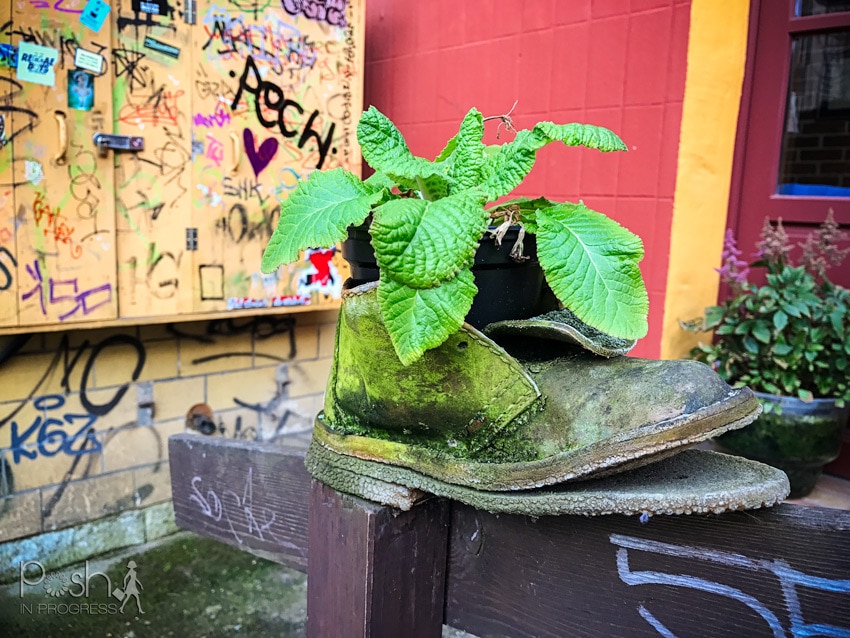 Regardless of the tagging, the street art was beautiful. There were several buildings and walls that made me stop in my tracks and just admire the beauty. It’s impossible to capture them completely in photographs, but I am sharing some of my favorites in this post.

The other unexpected outcome of my time in Leipzig was how relaxing the lifestyle seems. Nearly everywhere we went, there were people sitting outside, enjoying time with friends drinking coffee, or walking along the little river. We spent a lot of time just strolling along, sitting at little cafes or biergartens (beer gardens). I drank more beer and coffee than I normally do, but it was so relaxing. 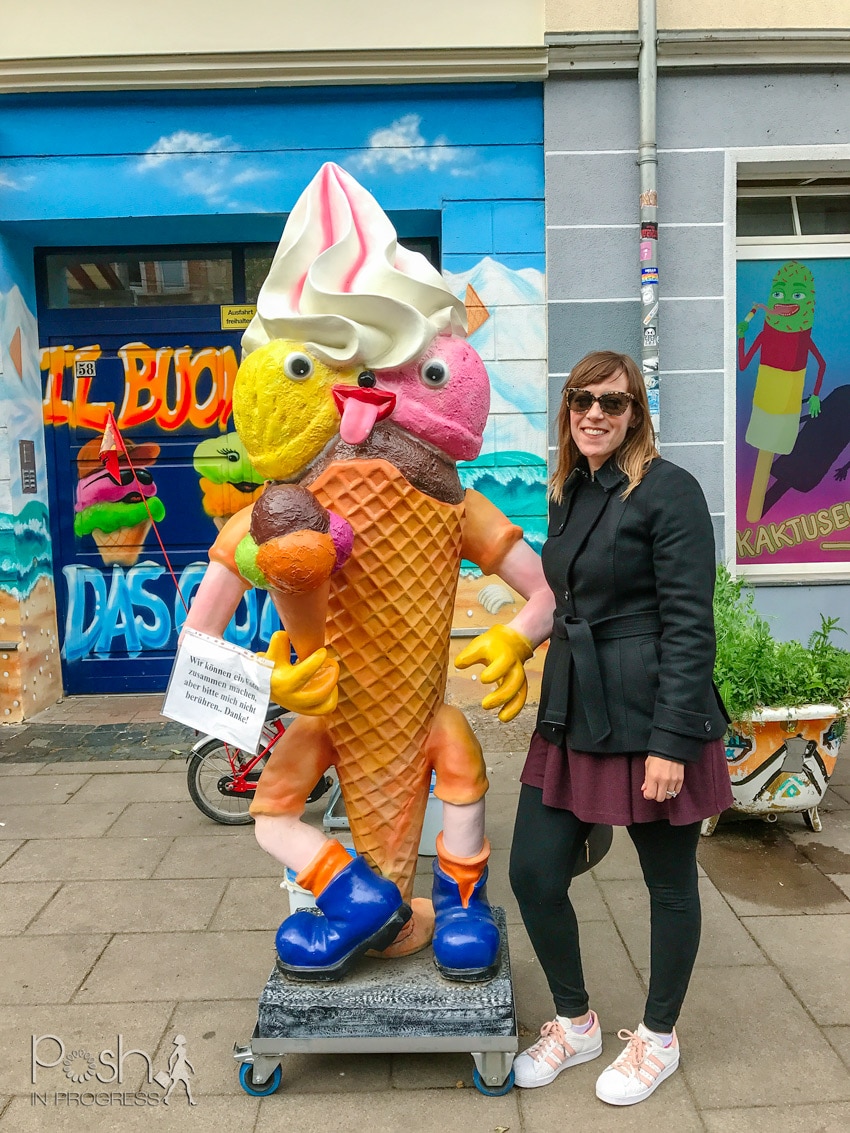 Leipzig was a very lovely little city. Although I wish I had more time in Germany to explore Berlin and some of the other major cities, spending 48 hours in Leipzig Germany gave me a sense of what real life would be like living in Germany. A lot of times, when I visit major tourist cities, I miss out on what it might actually be like to live there. This trip to Leipzig gave me a much clearer sense of the culture and daily lives of people who live in Leipzig.