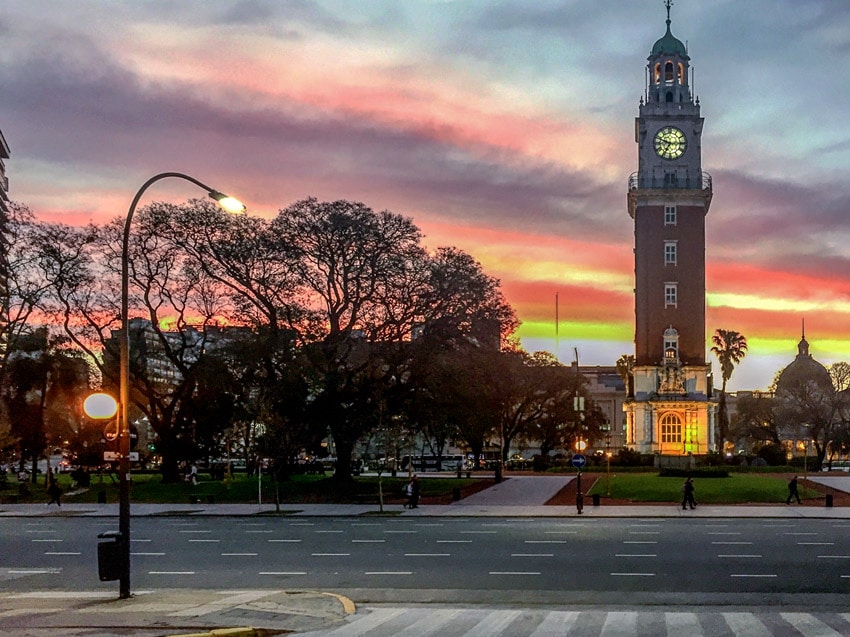 I never even imagined I would travel to Argentina. It’s not that I wasn’t interested, it just never crossed my mind as a possibility. I am beyond lucky to travel to some amazing places for my job. It is wonderful to get to see new places, but what I love the most is all of the interesting people I get to meet. 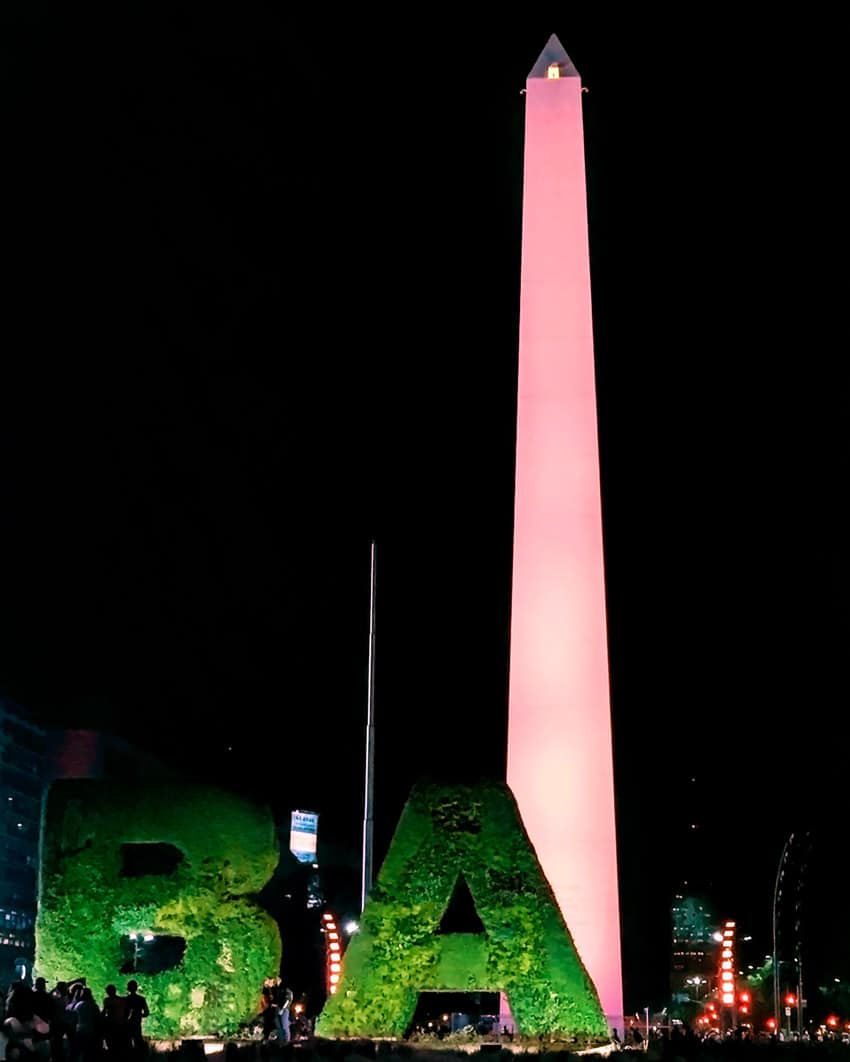 We were especially lucky in South America because we already had local colleagues to show us around. Since I was there for work, I didn’t get much time to see Montevideo, but we did have the weekend free in Buenos Aires. Our local host showed us so many cool things and did a fabulous job of immersing us in his culture. From my experience, here are the 9 things you must do when you travel to Argentina (and some of these apply for Uruguay too).

My colleague in Buenos Aires spared no expense in showing us his city. He brought us all over the city and providence (apparently, Buenos Aires the city is autonomous and distinct from the providence). I got to see a lot of things, but my favorite moment was seeing the Floralis Generica near sunset. I don’t know why this sculpture struck me so much, but I just found it to be the most beautiful thing.

The sculpture is located in the Plaza de las Naciones Unidas, which is in the Recoleta district. It is made out of steel and aluminum. What makes the sculpture so unique is that it has an electrical system that opens and closes it automatically depending on the time of day and sunlight.

I can’t quite figure out why this sculpture struck me so much; I think part of it is that the sculpture sits up on a hill and overlooks a pretty park and a mini skyline. I also loved that the sculpture looked different on each side, so as I walked around it, I saw different perspectives of it and the city below. It also was near dusk, so the sun shined so perfectly off of the metal flower. Of all the pictures I took in Argentina, the one I captured of the flower is the one I love the most. I like it so much that I plan to make a print to hang in my home or at work.

2. Drink Mate with a Local

Mate is a traditional tea enjoyed by people in Uruguay and Argentina, along with several other South American countries. During our meetings in Uruguay, they drank it all day long. Unlike coffee or tea in the U.S., mate is interesting because it requires a special kind of cup traditionally made out of a calabash gourd, a metal straw called a bombilla, loose leaf yerba mate tea, and a canteen of water. One of our new contacts in Uruguay explained the entire process of preparing and sharing the mate. It is hard to really explain the experience, but it was so fun to learn about a local tradition and also get to try it for ourselves. I didn’t buy much in South America, but I did buy a handmade mate cup and bombilla. I don’t think I’ll actually use it, but I enjoyed the tradition and story behind it. It will likely just sit on my desk and remind me of the great culture I experienced during our trip. I do think I will look for yerba mate tea bags though! Surprisingly, I really enjoyed the earthy flavor and I especially liked the kick of caffeine it gave me.

I hardly ever attend shows or theater, but when our host suggested we attend a Fuerza Bruta show, I was intrigued. When we asked him to describe what it was, he said he couldn’t. He was right. It is super hard to describe, but it was one of the coolest experiences of my life. The show is completely immersive. As an audience member, you literally move and interact with the show as it goes on. It is super high energy with loud drums and percussion, flashing lights, things (and people) falling from the sky, water droplets also falling down. The show was just a little over an hour, and the entire time I was in awe. I wish I could better describe it in writing, but it is just something you should experience. The best way I can describe it is that all of your senses are stimulated at the same time. It is overwhelming, but in the best way possible. Afterward, my colleague and I couldn’t stop smiling. The beat of the percussion was embedded in me and I felt uplifted for the next 24 hours. Even thinking about the show now, I’m smiling. It was amazing. 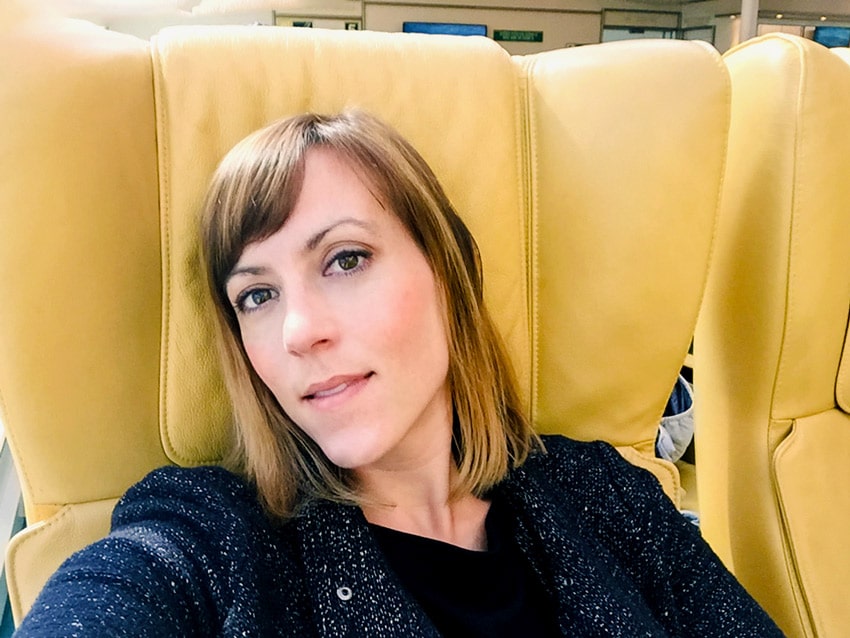 First, I have to clear up my own misconception that these aren’t actual kisses. You touch your cheek lightly to another person’s, but it’s not like an actual kiss. The first time I met someone from Argentina, I learned this quickly.

At first, I will admit it felt very strange to kiss everyone on the cheek. I went to a meeting with some leaders of an organization and there were no handshakes, it was cheek kisses all around. It felt particularly strange to me to kiss people I had just met, especially older men. I totally understand the idea of kissing your acquaintances and friends, but it felt really odd in a business setting to be kissing all of these people when you first meet them.

Although I felt very awkward with the cheek kisses at first, and there were a few times where I accidentally gave two kisses (in Paris, we did two), I did get used to it. I think I even started to appreciate it. The cheek kiss feels so friendly, so warm, and so loving.

On the very last day of my trip, my colleague and I led a workshop with men and women from Argentina. At the end, one of the men came up to me to thank me and he shook my hand. It felt so cold to me. My first thought was, where is my cheek kiss? I say this not at all in a sexual way, but it just felt so much more distant and impersonal than the grazed cheek kisses. Apparently, it only takes 10 days to get used to such a significant cultural practice. I think it’s time we bring it to America. 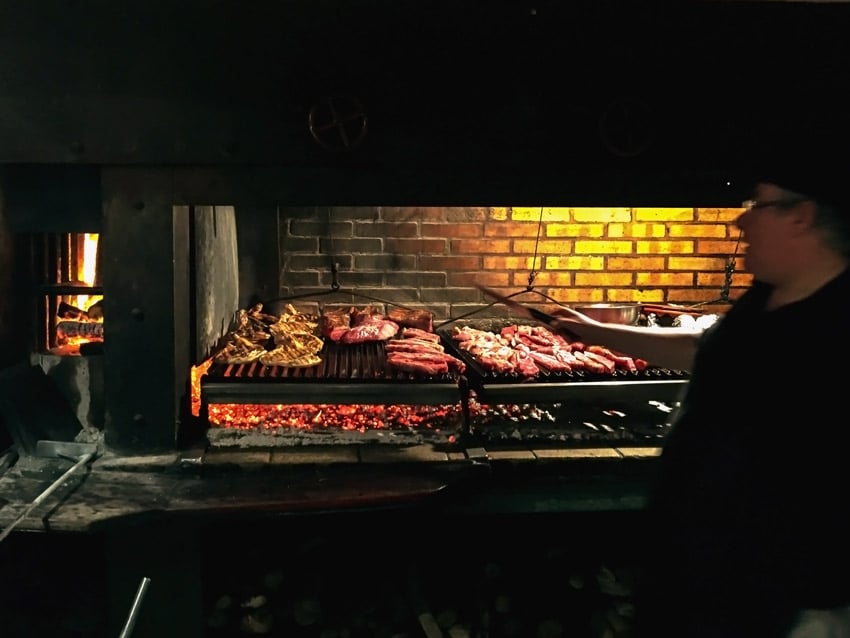 I heard the hype about meat in Argentina, but I usually don’t believe in hype. In this case, they were right. I had the best meat I’ve ever eaten in Argentina and Uruguay. The steak was amazing. It was so tender and it had this delicious crunch on the ends. The flavor is hard to describe, but something about the grilling added such a deep and rich flavor. My favorite thing was the matambre, which is thin beef that is also grilled. I also loved the choripan, which is a chorizo sausage sandwich. The chorizo didn’t taste like anything I’d had in the U.S. before. I can’t put my finger on it, but the flavor was spectacular. If only I could have brought home a bag full of all the delicious meats.

I am not a vegetarian, but I don’t eat meat that regularly; I might have meat 2-3 times a week, at most. I eat red meat even less often, maybe 2-3 times a month. Being in Uruguay and Argentina, I ate red meat at least once a day, and more likely, twice a day.  I have to say, there did reach a point where I was like, I can’t eat red meat today! But overall the meat in Uruguay and Argentina was really delicious and it didn’t matter where I went. Every restaurant I ate at had delicious meat.

6. Find Your Way to Tigre

Tigre is a town in the province of Buenos Aires, about 20 miles outside of the city. You can reach it easily by car, bus or train. It is a major tourist attraction, but for good reason. It sits on an island created by a bunch of streams and rivers in the area. It is a really beautiful and well-manicured area. I was mesmerized by the beautiful purple flowers hanging over pergolas along the riverside. It was a sunny spring afternoon and I had the best time strolling along the river under the canopies of purple flowers. I also enjoyed checking out the local shops and vendors surrounding the area.

It is not an understatement that you will find it everywhere. Nearly every candy, baked good, breakfast, snack and tea time will include dulce de leche. It is delicious, but what surprised me was just how universal it is in Uruguay and Argentina. At breakfast, they have a bowl of it to add to your toast, breads and pastries. At the supermarket, there is an entire wall full of different types to buy. My colleague and I were discussing if there is anything comparable in the U.S. I said peanut butter, but then we both agreed you don’t see that everywhere. Sure, there are a lot of options, but you will rarely see it served at a breakfast buffet, for example. Then we decided maybe jelly was the closest comparable product, but even that we don’t use at the rate it seems Uruguay and Argentina enjoy their dulce de leche.  If you head to Argentina any time soon, you must taste all the different dulce de leches. Each one has a slightly different flavor, but they are all delicious.

La Boca is super touristy, but it was still fun to wander around the area. I enjoyed seeing the street performers coaxing tourists to pose with them as tango dancers. I would probably suggest a quick trip to La Boca. You probably don’t need more than an hour here, as the little shops all carry the same touristy memorabilia. What I loved about La Boca was all of the brightly colored buildings and the street performers. It’s definitely worth a quick stop.

What is this firm jelly deliciousness? It’s called membrillo, translated to quince in English. Along with several other snacks I’ve never heard of, one of my favorite things to try was mebrillo. Our colleague served it to us with a piece of mild white cheese. I can’t remember the name, but it was great. Apparently Argentinians call it dulce de membrillo when they serve the quince and the cheese. The sweet and savory together was so tasty. The membrillo really does remind me of firm jelly. It almost has the texture of a lemon bar if you’ve had one of those. I brought some home with me and I hope I’ll be able to find some in the U.S. I’d love to try baking with it and I’m pretty sure my kids will love it too.