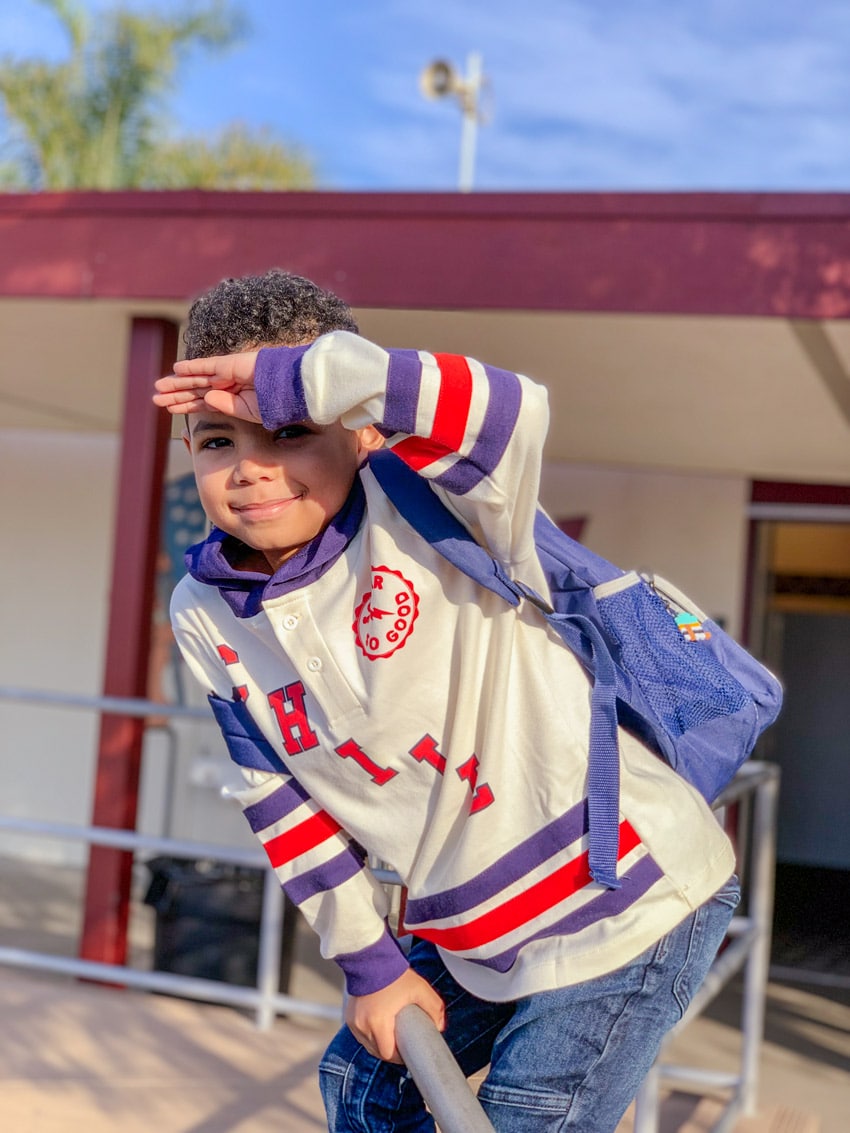 When we decided to move to LA in December, I knew it would mean some challenges. My biggest fear, aside from finding a place to live on super short notice, was changing schools in the middle of the year.

My son just started kindergarten in September. He had his new friends, his new routine, so I was worried. My daughter loved her preschool and felt very comfortable with all her teachers and friends. The thought of changing schools in the middle of the year for both of them felt overwhelming.

Although I tried to do a lot of prep work before we left Boston, I wasn’t able to secure either of their schools until we arrived in LA. Within two days of arriving, I was able to get both kids into school. Luckily, the registration process for my son was very straightforward. Their website outlined all of the documents I needed and I was prepared with all of the paperwork. I also spent the first few days visiting several preschools in the area, and quickly found one that felt like a good fit for my daughter.

Despite the speed at which I was able to get them enrolled, there are still a lot of emotions that go along with changing schools in the middle of the year. I haven’t done it perfectly, but I did learn a few things along the way that I wanted to share with other parents who might be going through the same thing.

7 Tips for Changing Schools in the Middle of the Year

1. Talk to Your Child

Although you don’t want to freak them out too far in advance, having open dialogue with your child is very important. You know him/her best. My son is slow to adjusting to change, so I wanted to give him ample time to let it sink in. He is very inquisitive, so he had a lot of questions. Although a million questions can start to feel old, it’s important to be patient with your child to make sure they feel comforted.

2. Meet With The Old Teacher

Just a couple weeks before we moved, I had a conference with his teacher to find out where he was academically and what he needed to work on in the transition. Since it was almost the mid-point of the year, it was good to see where he was and what she felt were his areas for improvement with our move. Not only is this useful information to share with the new teacher, it was helpful for me to think about how I can work more with him at home. I also received some paperwork on his progress that I could share with his new teacher.

Because we moved out of state, I wanted to be sure to collect all of our forms in advance. His old school provided a form for me to fill out to release information to his new school. I also called his pediatrician and collected all of his medical forms before we departed. It made registering him at school such a breeze.

Probably the hardest part for him was leaving his old friends. Before we left, I made it a point to have a play date with his best friend. Within days of leaving Boston for California, he asked when he’d see his old friends again. Although there is no easy way around it, I thought the chance for him to say a proper goodbye would be a good start. I also told him that he would be able to visit another time, although I would not suggest that you do that. He has been asking nonstop when he will be able to see his friends again.

5. Expect A Lot of Emotions

Since he’s going from half-day kindergarten to full-day kindergarten, I knew there would be some adjustments. He is more tired than he was before, he has more learning time, and has a whole new routine. The biggest suggestion I can give is to be patient and to also give your child a lot of one-on-one time. Rocco had quite a few tantrums during the winter break. The last few days, I’ve given him a lot more personal attention, and he seems a lot better. Being patient and understanding seems to be the winning ticket to keeping his emotions in check.

My son is a very social child. He is one of those kids that everyone likes right off the bat. I was never concerned about him making new friends. However, the school and new teacher even made it easier for me. The day before Rocco arrived, his teacher sent an email home to all of the parents and told all of her students that a new student would be starting the next day. When we arrived at school the first day, one of the moms came up to me and introduced herself and her son. She knew Rocco’s name, and it instantly made us both feel very welcomed. It was so very thoughtful of his new teacher to put in that extra effort to ensure he felt comfortable at the new school. By the end of the first day, Rocco already had two new friends, and lots of other acquaintances.

If you are able, it would be ideal to spend some time with the new teacher. The first day, the principal at his new school introduced me to the new teacher. Ironically, her son goes to college in Boston, so we talked about that for a bit. I also told her a little bit about Rocco’s previous schooling and where he had progressed academically. She was just very sweet and told me she would take good care of my boy.

So far the change is going well. Although there have been a lot of changes, he is adjusting well and enjoying his new school. He’s made new friends and academically, and I know he will be just fine. I’ve learned a lot about my own anxiety and lack of patience sometimes. It’s something I’m working on. In the long-run, I know we’ll all be very happy in CA.