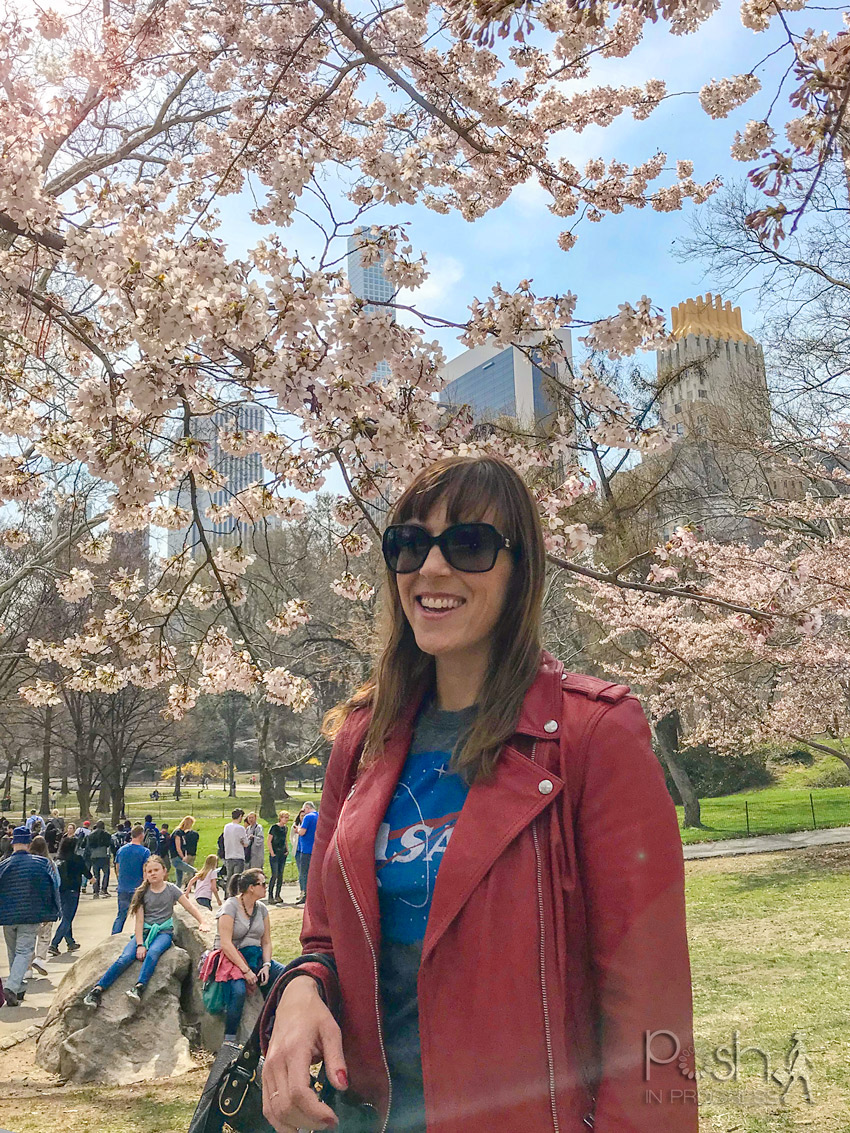 New York is one of my favorite cities. So much so, that we almost moved there in 2011. I was this close to accepting a job in the city. Often, I wonder what my life would have been like had I made that decision. I try not to dwell on the past too much, but New York remains one of my favorite places to visit. Who knows, maybe I’ll even live there someday. Although I’ve been to New York at least a dozen times, this was the first time I got to experience spring in New York City. Without even trying, I ended up checking out a lot of the parks in New York. this was a great way to experience spring in the city and also see some parts of the city I was less familiar.

If you haven’t been to NYC yet, I’d highly suggest springtime for a couple reasons. First, the weather, although tricky, can be absolutely glorious. You might get some rainy days, but you might luck out and get really perfect weather. I was super lucky the weekend I was in town. I got two days of sun and near 70 degree temperatures. There were also two days of rain. However, I had a big umbrella. Plus, there are plenty of in-door activities (hello, a million major museums, shopping and theaters) to keep you busy. 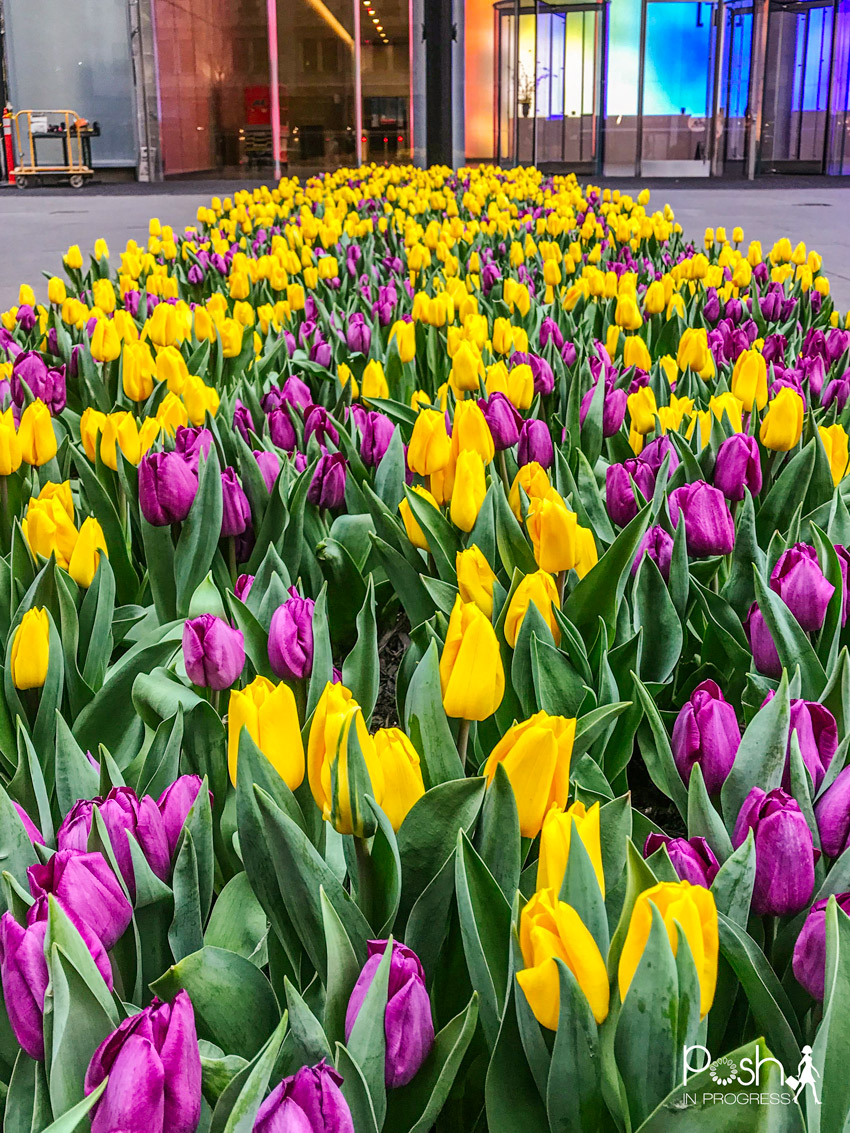 When I planned this trip, I had no idea I’d be there right in the midst of the spring bloom. I also decided to stay right near central park (check out my view). I’m so glad I was right by the park because I was able to enjoy a lot of the flowering trees in the park. I even found an hour one afternoon to sit on the rocks and take in the gorgeous spring weather.

The surprising thing about spring in New York was that I unexpectedly ran into signs of spring everywhere I went. Sure, you’d expect to see lots of flowers in central park, but I had no idea just how many of the New York streets would be lined with spring flowers and flowering trees. Being in New York in the spring also made me realize just how many parks there are around the city. 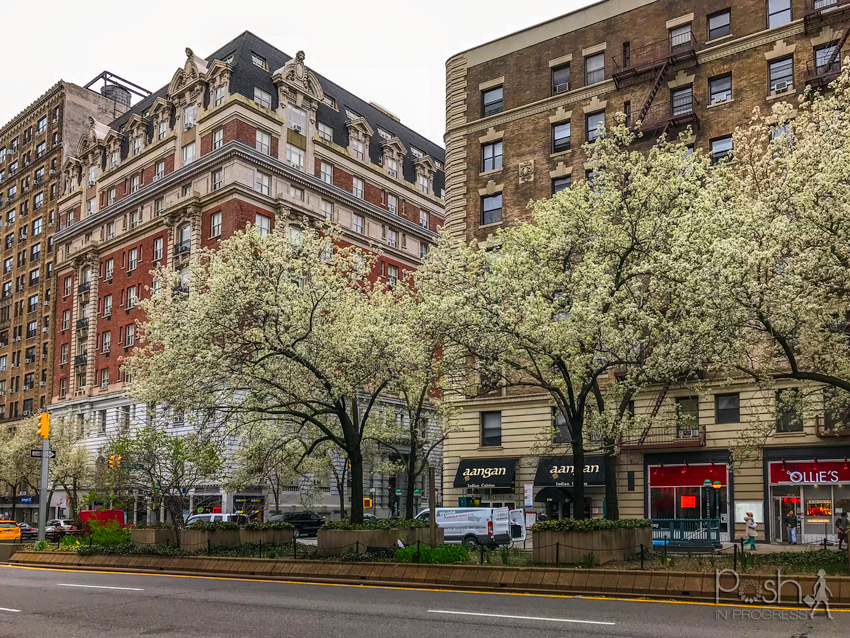 One day, I ventured down to a sample sale and happened upon the flatiron building and Madison Square Park. This is a park I’d never been to before. I was pretty mesmerized by the view of the flatiron building, but also taken by all the spring flowers. There’s just something about tulips and daffodils. I guess it must be that recollection of spring – of renewal – of life. I also enjoyed this park so much because you can view the flatiron building right from the park and it’s fun to watch all the tourists take their photos by the building. 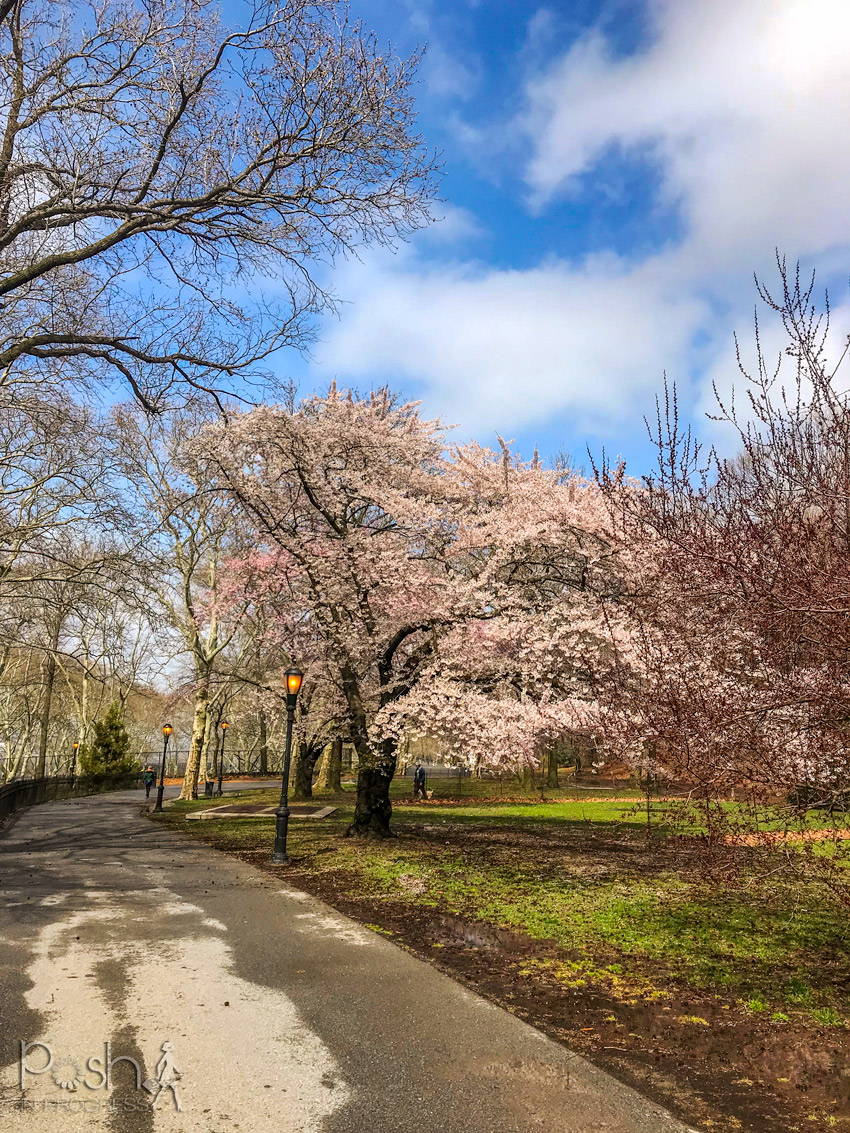 While I was in the city, I also visited Riverside Park. It is located on the upper west side of Manhattan and had some amazing views of the river and downtown. I also really enjoyed all the flowering trees. If you’re looking for a leisurely walk and lots of benches with a river view, you should definitely stop by this park. 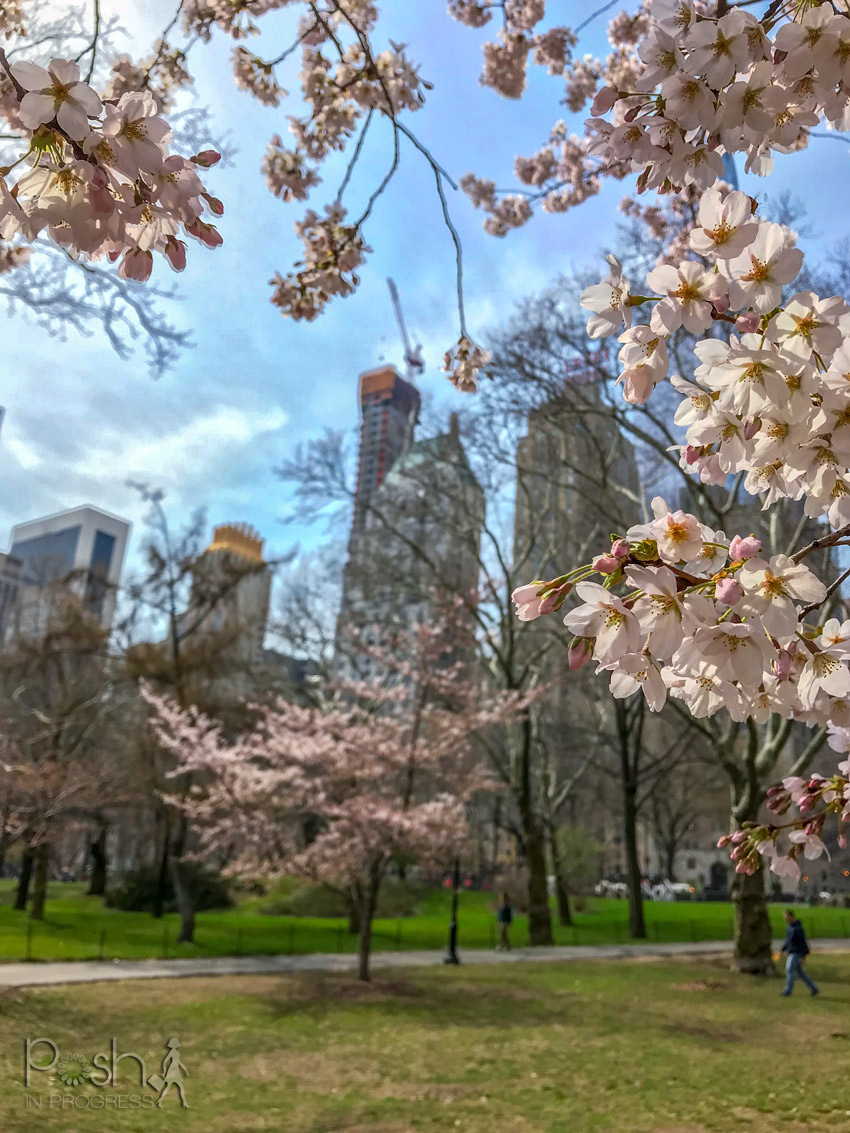 Although Central Park is amazing, I actually preferred my time in the other parks. The thing about Central park, when you’re in the middle of it, it actually doesn’t even feel like you’re in the city anymore. I do love central park when you’re on the boarder of the park and the city. There are lovely walking paths that still allow you to feel immersed in the city.

Actually, one of my all-time favorite memories with friends in NY happened in Central Park. My friends from college and I had a picnic in the park after stopping at a nearby Whole Foods (there’s one at Columbus Circle, fyi). It was a gorgeous summer day, and we enjoyed wine and cheese in the park. It was definitely memorable. So yes, there are good things about Central Park, but there are also so many other amazing parks you should consider when you’re in New York.

If you get a chance to experience spring in New York, make sure you stop by some of the other parks so you can take in all the uniqueness and different neighborhoods the city has to offer.