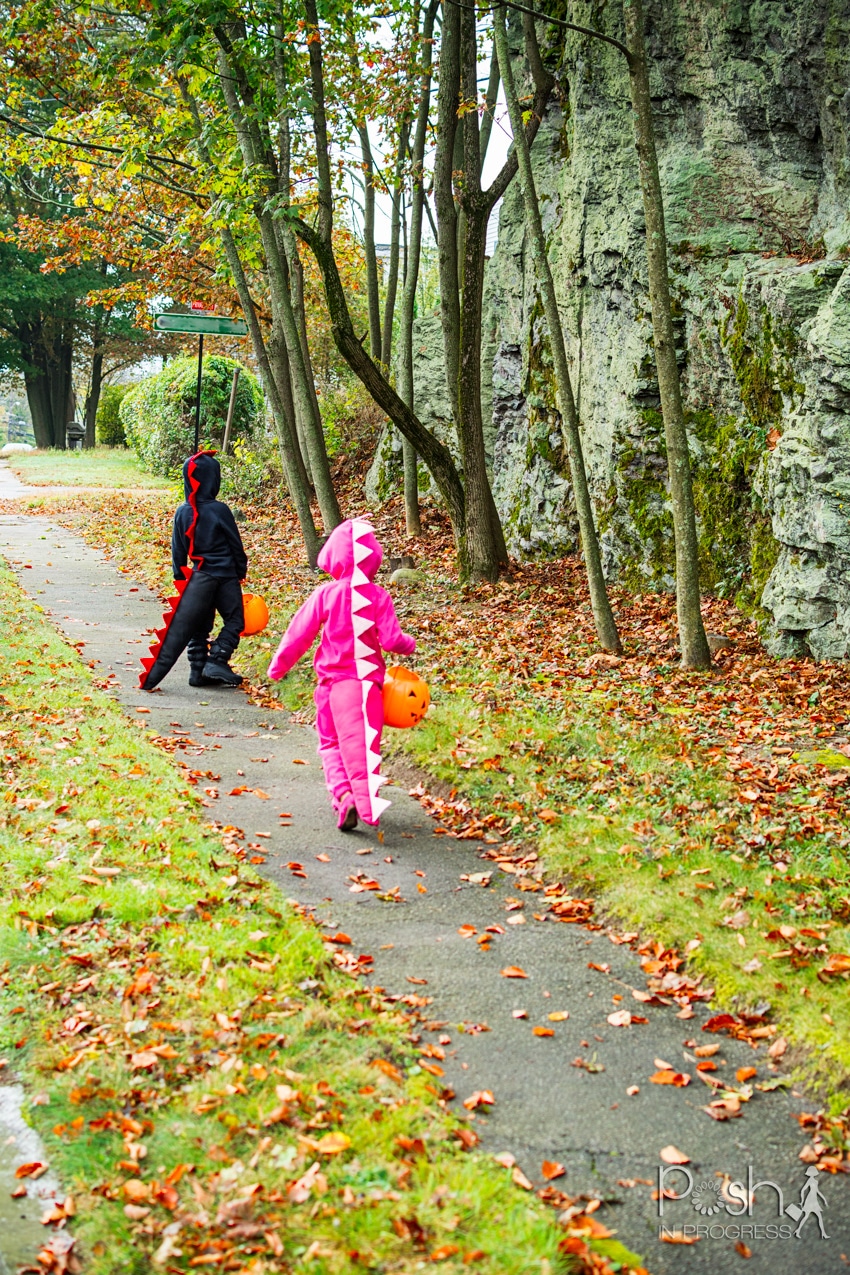 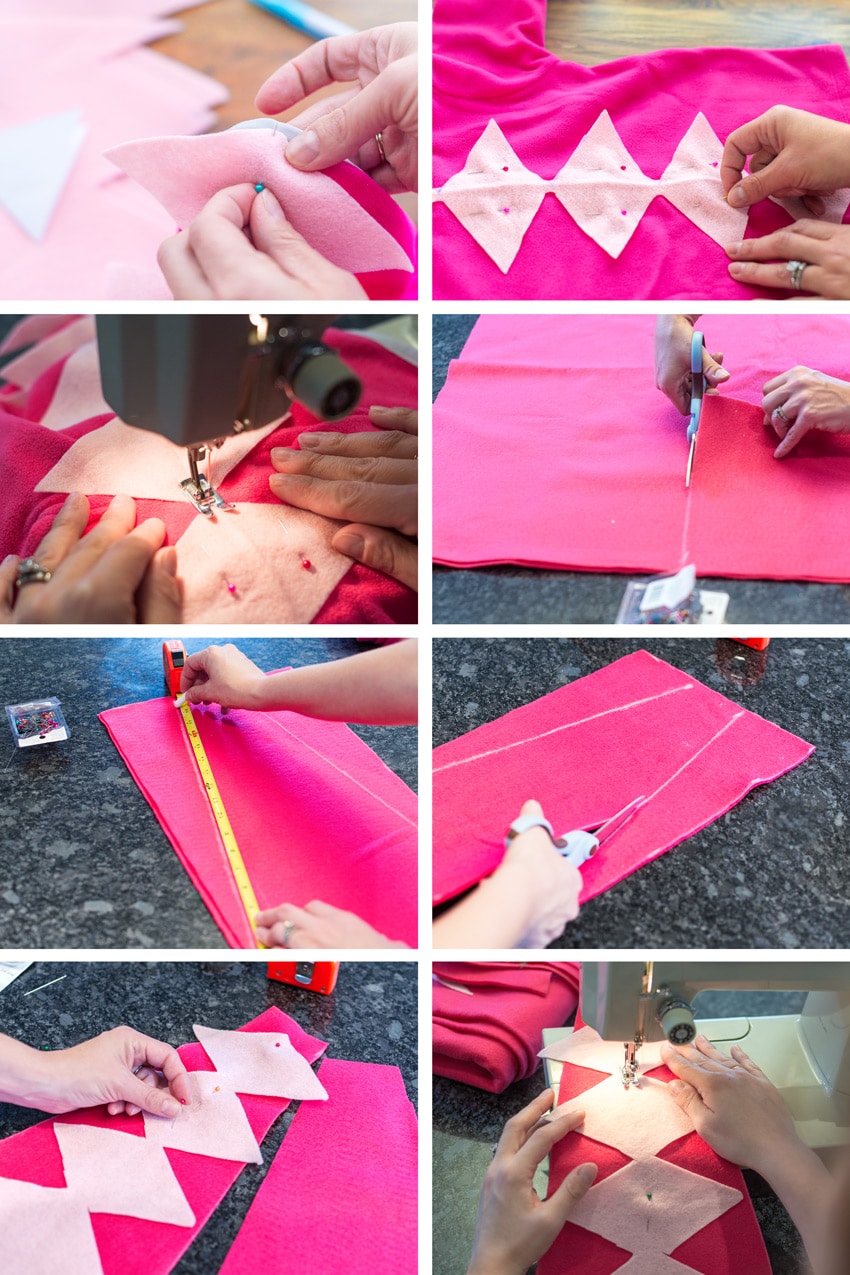 I didn’t follow the tail tutorial exactly as written. Rather than sew the spikes into the seam of the tail, I sewed mine down the middle of one of the two pieces. I also didn’t sew each of the spikes. instead, I used a diamond pattern and sewed right down the middle and then glued the spike points together with hot glue. It took some of the effort out of it by not requiring all that spike-sewing. 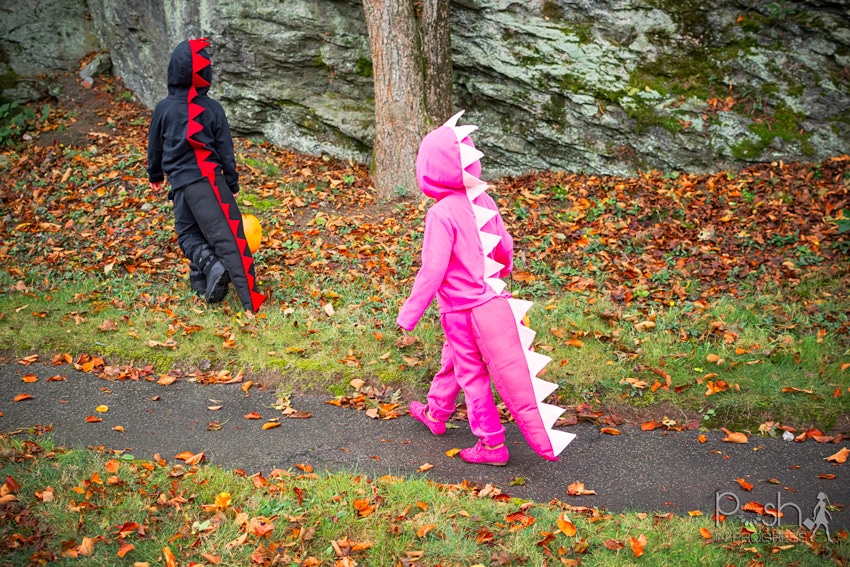 Believe it or not, these two costumes only took me about 2-3 hours to make. They were very easy to make and my kids love them. Plus, I’m excited that they can wear the jackets and pants long after Halloween is over.

If you’d like to make your own DIY dinosaur costume, these are the steps I took and the items I purchased to make them.

How to Make a DIY Dinosaur Costume

For the DIY Dinosaur Hoodie

For the DIY Dinosaur Tail

Just like for the hoodie, trace the triangles with the folded felt to make the diamonds for the spikes. Once you have the diamonds cut out, follow these directions to create the dinosaur tail shape. Once you have the two pieces of the tail, before attaching them, sew the diamonds down the center of one of the pieces of felt. Next, sew the two tail pieces together inside out, so the spikes are on the inside of the tail. Turn right-side-out and then stuff with batting. After stuffing the tail, trace the circle around the felt to create the circle shape. Pin the circle to the tail and hand-sew the circle in place. Next, measure your child’s waist and create little strips you can sew to the circle to make the belt. I hand-stitched the strips onto the circle and then used self-adhesive velcro onto the strips. 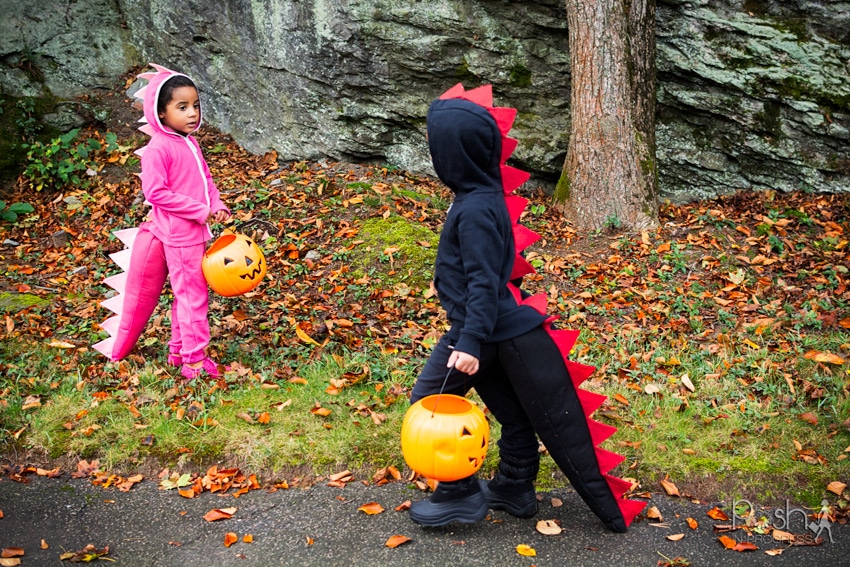 To finish the look, you’ll also need jogging pants (my daughter’s, my son’s). I was able to find matching fleece pants that my kids will be able to wear long after Halloween is over. This costume is such a good multitasker. I plan to pin the tail to the jacket when they go trick-or-treating, so it doesn’t fall off as easily. When we took these pictures, their tails were dragging on the ground a bit – which I thought was adorable – but also not that practical for them to run from house to house. 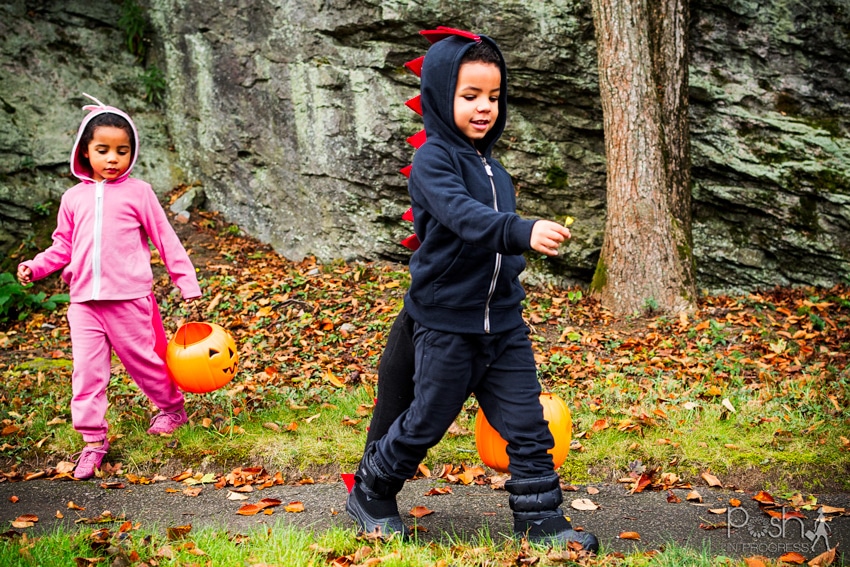 I know my kids aren’t going to let me make their costumes forever. Soon they will be ‘too cool’ for their mom, so I’m just eating up these DIY costume while I can. (In case you didn’t see the other costumes I’ve made for them, here are lion + Dorothy costumes and a squirrel costume and aviator hat I made the last couple years).

If you have any questions about the directions, drop me a note! This was such an easy DIY dinosaur costume and I’d be happy to walk you through the process of creating these easy and cute costumes for your kiddos.

Have you had “the talk” with your kids yet? At