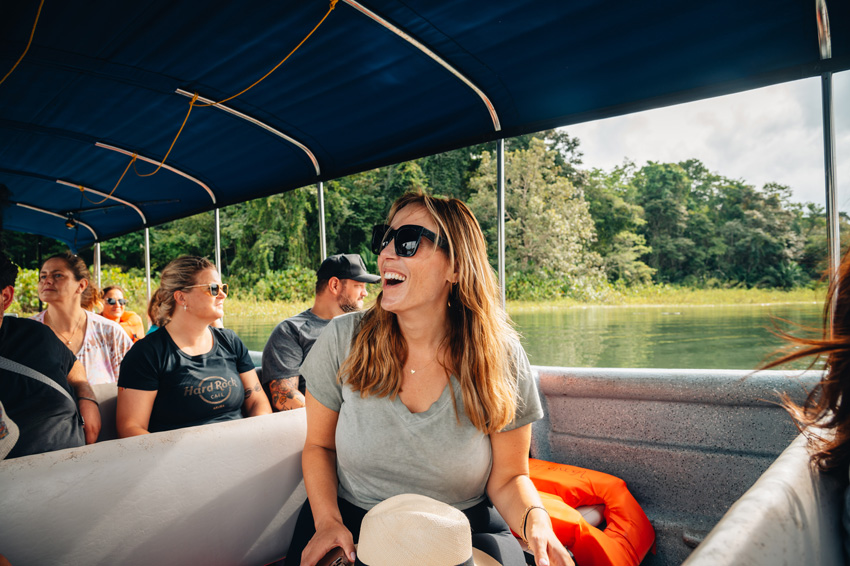 My trip to Panama was nothing short of spectacular. Visiting the city, itself, was amazing, but our excursions were definitely my favorite part of the trip. One of our excursions was to the San Blas Islands of Panama and our other excursion was a Panama Canal Tour, which was also the Monkey Island Panama tour.

Things to do in Panama City Panama

If you get the chance to visit Panama City Panama, there are so many fun things to do. You can read my comprehensive post about Panama City here. One of the things you can think about doing outside of the city are one of the many day-trip excursion options. We chose to do the Monkey Island tour along with the Panama Canal tour. 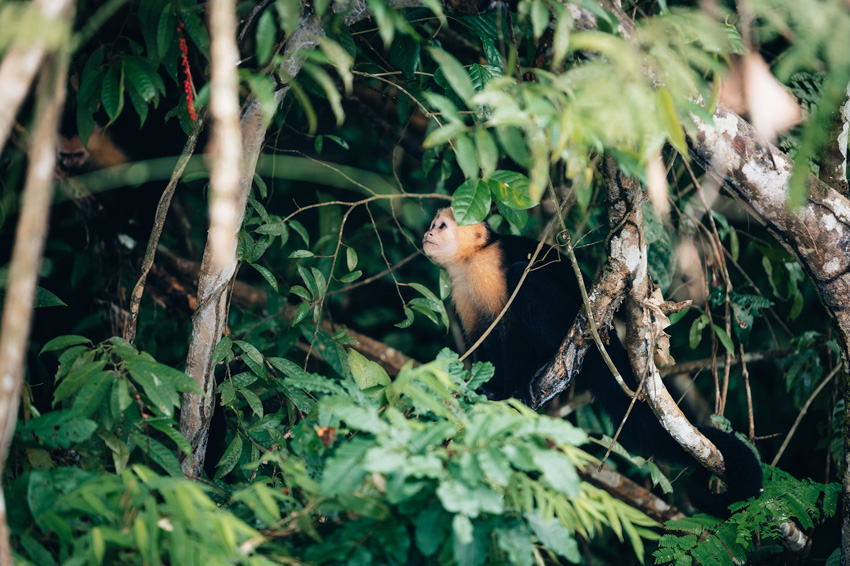 What is Monkey Island Panama?

Isla Gatun is a private island located in the middle of the Panama Canal in the southwest of Gatun Lake which was formed when the Panama Canal was built. The Island is home to many species of animals including monkeys, parrots, and toucans. We actually saw two species of monkeys and many toucans during our boat tour. We also saw these tiny little bats on a tree.

If you choose to do the Monkey Island Panama tour, you can expect transportation from Panama City to the location near Gatun Lake where you will catch your boat. You will take the boat up the Chagres River from the Gamboa Marina into Gatun Lake. 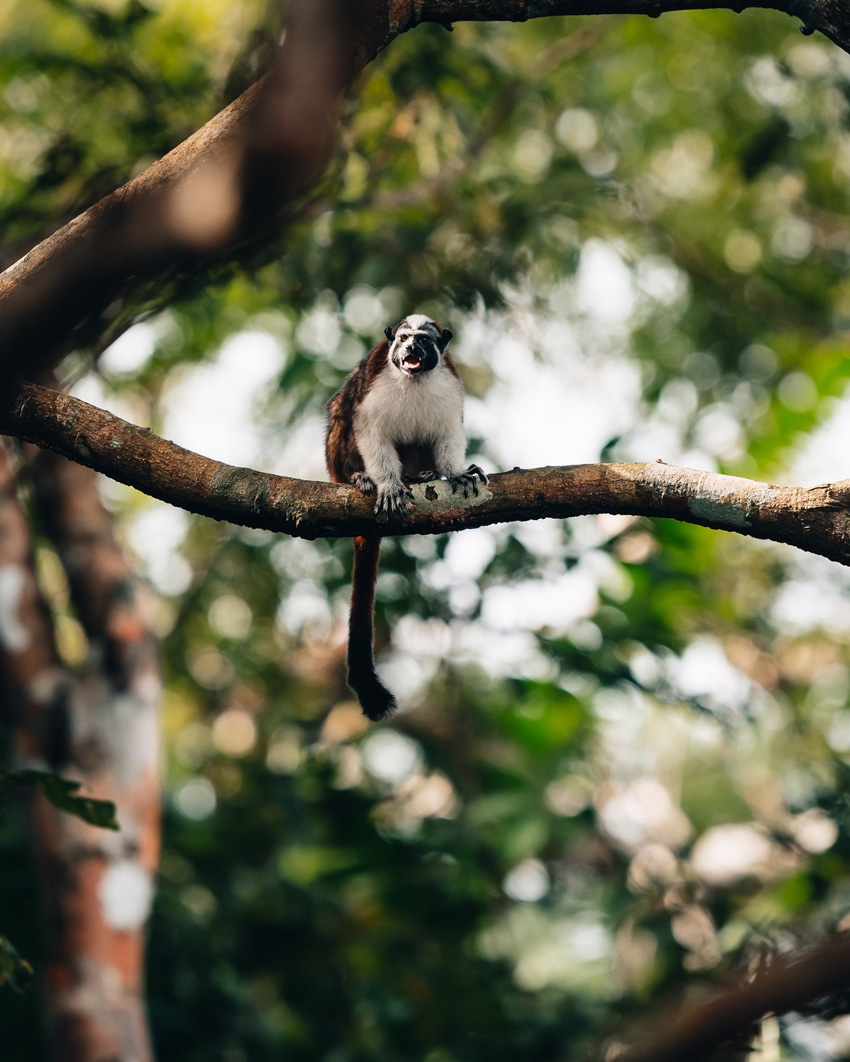 We saw at least two species of monkeys while we were there, but Panama is home to several other species of monkeys. During our tour, we expected to see howler monkeys, white-faced capuchins, and spider monkeys. As you can see from the photos, we did see some monkeys up close and our photographer captured some lovely photos. You can read about all of the Panamanian monkey species here. Some of the tours were feeding the monkeys, so the monkeys actually walked onto the boats. However, our tour guide warned us that feeding the monkeys is not smart because it can disrupt their species and cause internal conflict amongst the monkeys on the island. 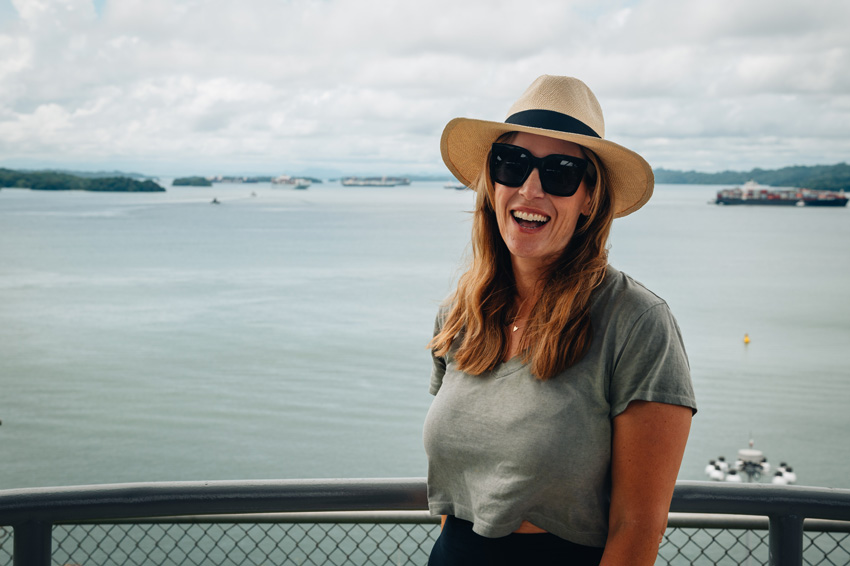 After Monkey Island, we headed to tour the Panama Canal locks. Honestly, this part of the tour was pretty boring for me. Don’t get me wrong, the history of the locks is quite fascinating. However, looking at the locks themselves is pretty underwhelming. Clearly, it takes great imagination to envision all the work and effort involved in creating the Panama Canal back in the early 1900s with much less machinery and infrastructure than we have now. However, I’m glad we didn’t spend too much time at the Canal. I much more enjoyed the boat ride in the canal to get to Gatun lake and also our trip to Fort San Lorenzo – keep reading for more on that. 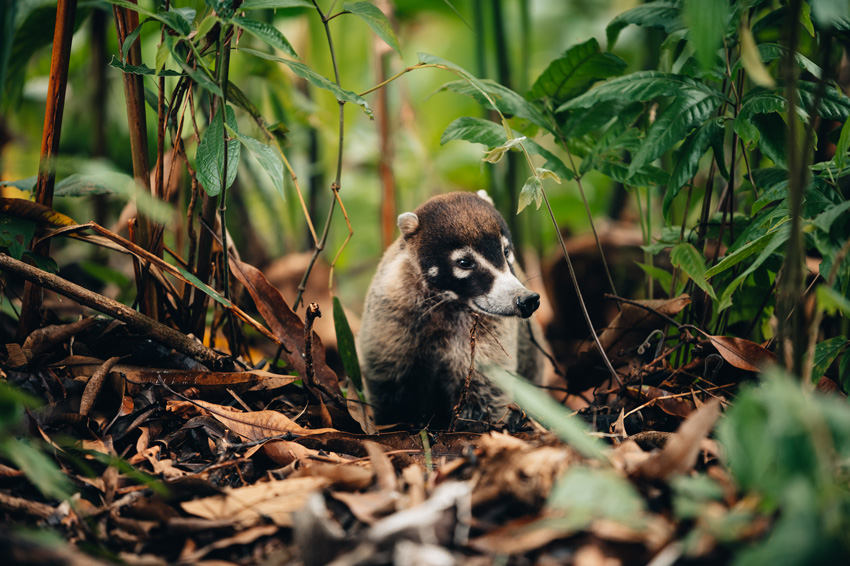 Facts About the Panama Canal

However, if you are interested in learning more about the Panama Canal, there are a lot of great documentaries you can watch to learn more. Here’s a good one. If you don’t know what the Panama Canal is, it is a waterway in Panama that connects the Atlantic and Pacific Oceans and also divides North and South America. The Panama Canal is one of the most challenging engineering projects ever done. The canal is so important because it significantly reduces the travel time between the two oceans and also is a much easier route for boats so they can avoid the challenging routes around South America.

The history of the Canal is quite interesting. As early as the 16th century, explorers realized that only a small stretch of land separated the two oceans. However, the construction of the canal didn’t begin until late in the 19th century. The French were the first to try to build the canal, but they failed. In 1902, the U.S. purchased all the French infrastructure and was able to complete the canal in 1914. Over 25,000 people died during the construction. In 1999, the U.S. gave up control of the canal back to the country of Panama. Today, more than 13,000 ships use the canal. You can read a lot more about the Panama canal here and here. 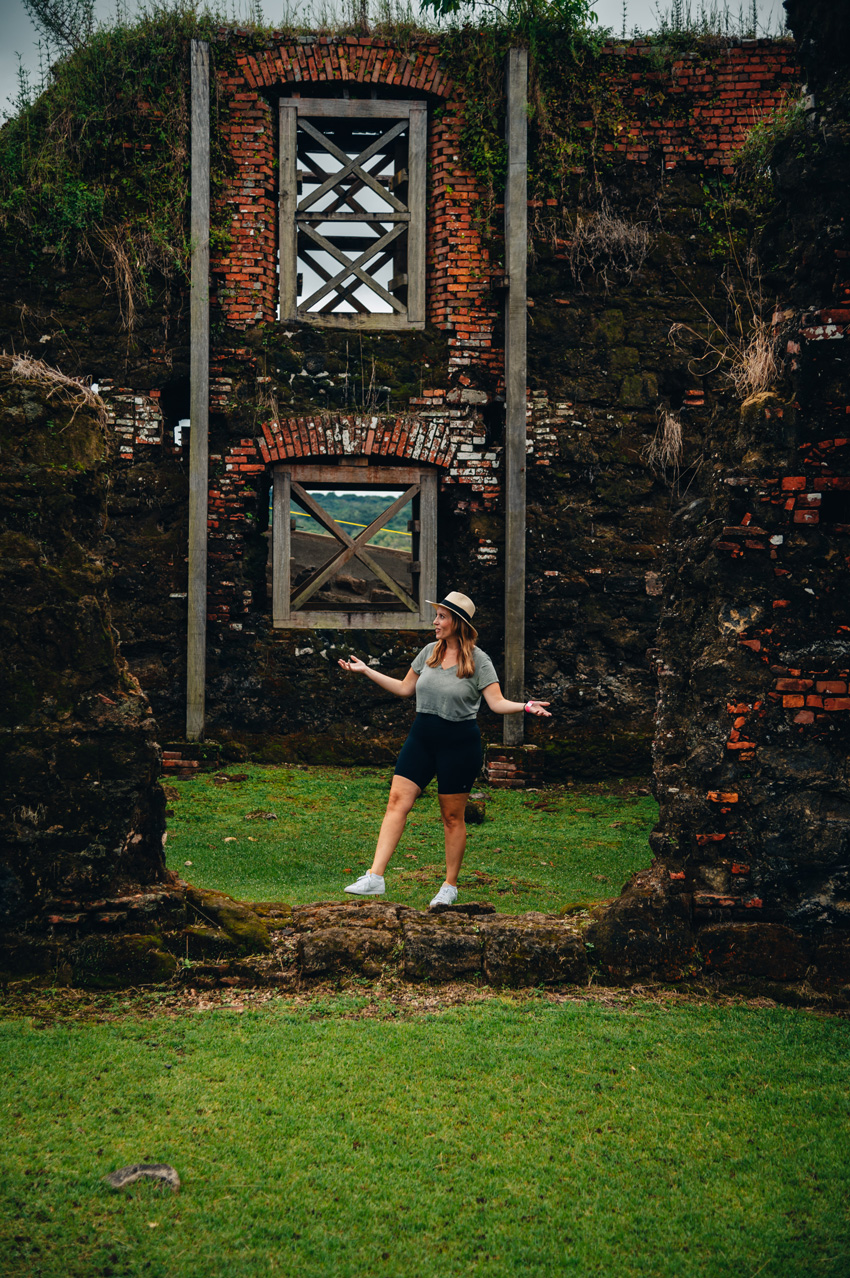 An unexpected part of our Monkey Island Panama tour was our stop at Fort San Lorenzo. Although I had no previous knowledge of this fort, I really enjoyed walking around the grounds and taking in the history. As you can see from the photos, the Fort sits on the edge of a cliff overlooking the mouth of the Charges river. The Fort sits about 8 miles west of Colon. The history of this area dates back to 1502 when Christopher Columbus discovered the Charges river. By the 1530s, Spain had figured out that this route offered access to gold. 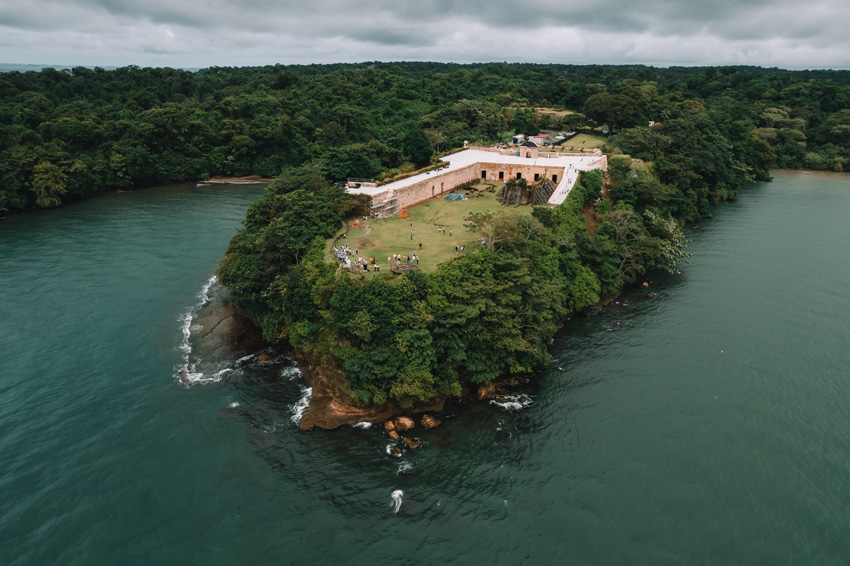 This access to gold attracted pirates and they began attacking the Panama coast starting in the 1560s. Soon after, Spain built Fort Lorenzo as a way to protect Panama from pirates. The most famous attack on the fort happened in 1670 when Henry Morgan (the namesake of Captain Morgan rum!), ordered an attack that left the fort in ruins. The following year, he used the San Lorenzo fort as his base so he could invade Panama City. You can read more about San Lorenzo Fort here. 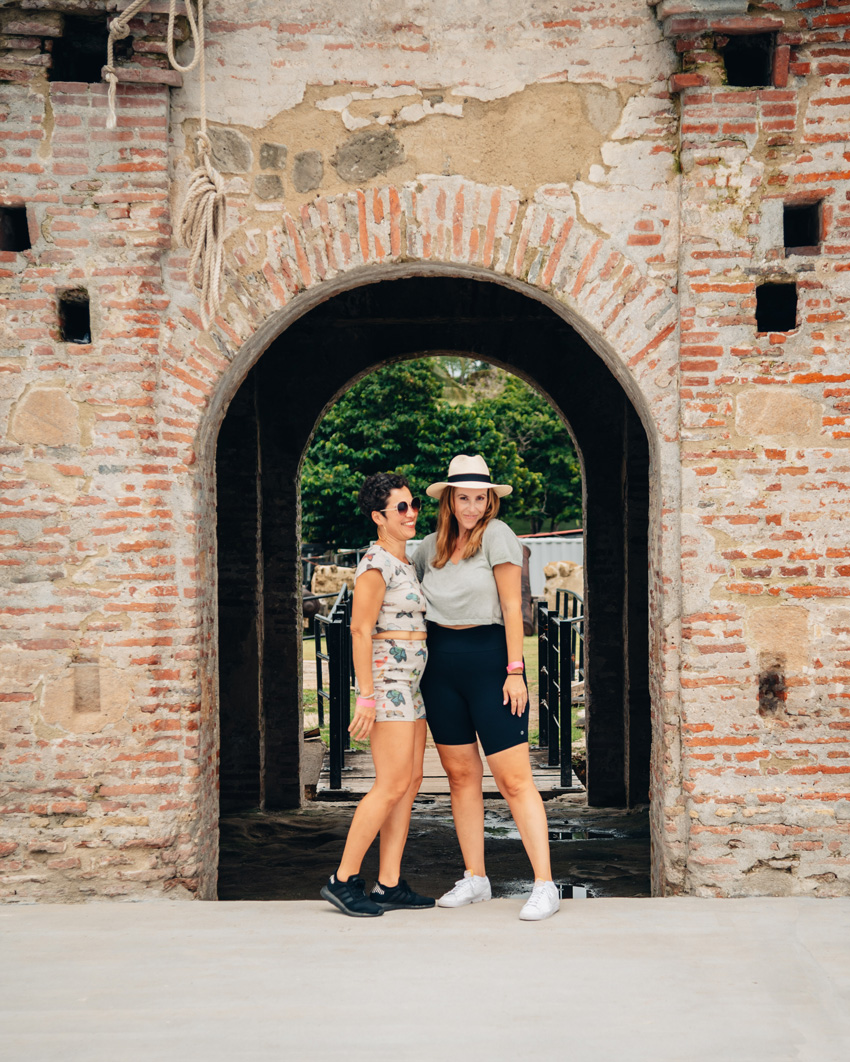 Overall, the Monkey Island Panama tour was definitely worth it. We spent about 9 hours on this tour and got to experience a lot of different historical and cultural aspects of Panama. Our tour guide, John, was also really good. He provided a comprehensive history of Panama, the canal, San Lorenzo and Monkey Island. Honestly, I enjoyed our excursion days so much. It was so special to get to explore other parts of the country and learn from the history and people.