I received a complimentary trip to Disney World. However, this story about Disney World vs Disneyland is based on my personal experience and all opinions are my own. 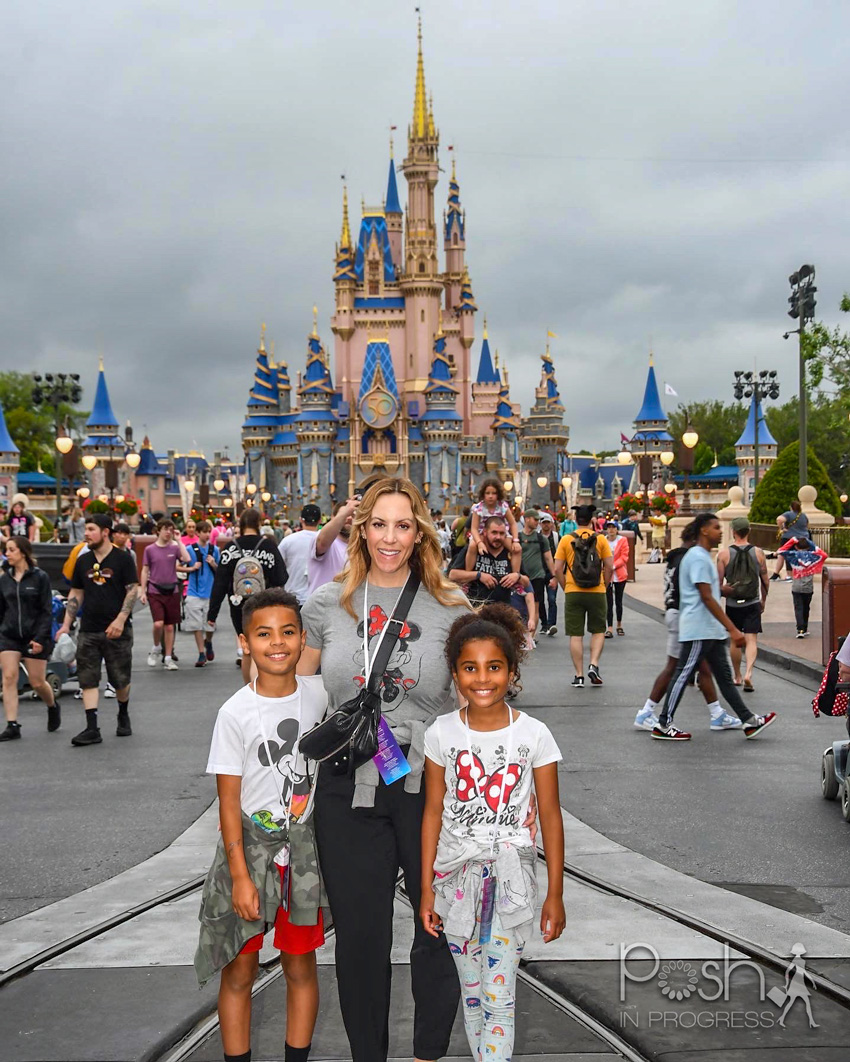 I live in Los Angeles, so we make trips to Disneyland happen at least a couple of times a year. It is one of my kids’ favorite things to do in Southern California, and we’ve been lucky enough to attend some really cool events at Disneyland. However, when we received the coveted invitation to attend the Disney Creators’ event at Walt Disney World, during their 50th birthday celebration, my response was omg yes!

Since we’ve now gotten to experience both parks, I thought it could be useful to share my kids’ and my experience and our thoughts on Disney World vs Disneyland. There are many differences but also some similarities. I’ll share them all.

Location of Disney World vs Disneyland 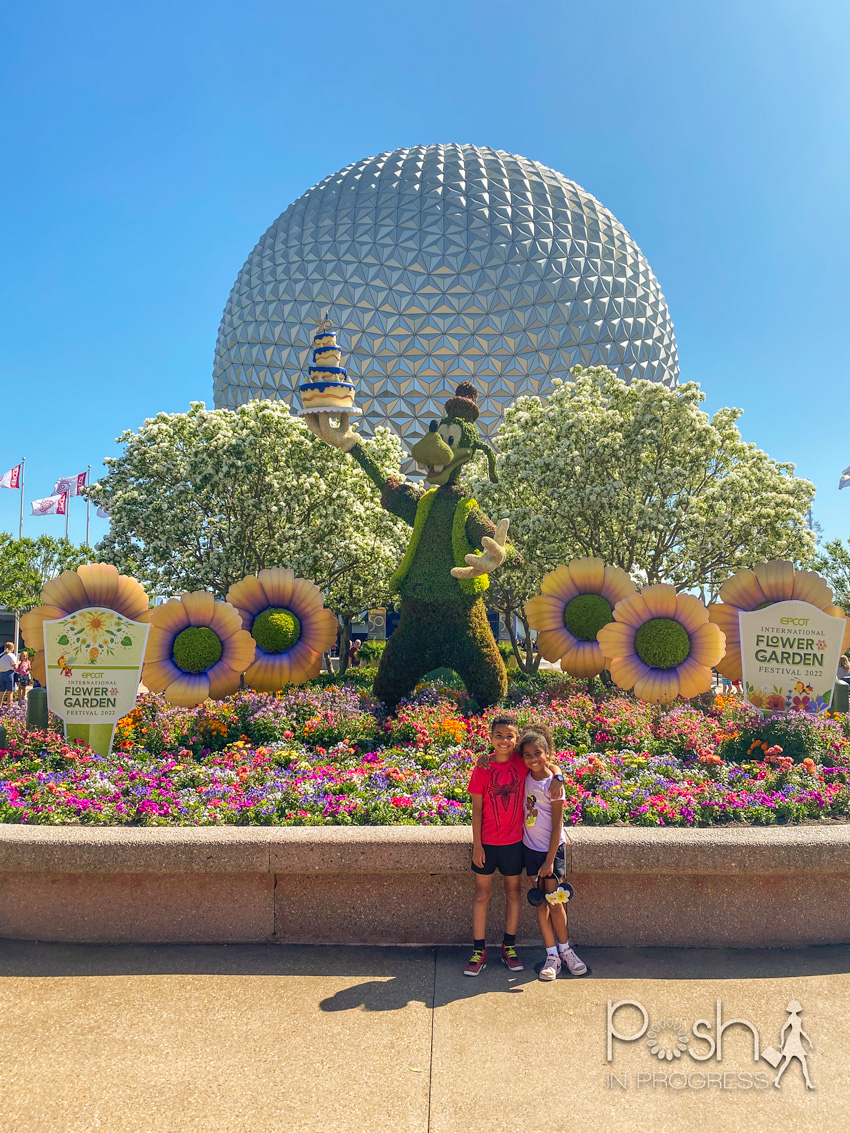 You probably already know that Disney World is in Orlando and Disneyland is in Anaheim. Both are near major airports. Orlando airport is probably 30-45 minutes from Disney World, depending on traffic. Disneyland is closer to the Orange County airport in Santa Ana. However, it could likely be cheaper to fly into LAX and then drive down to Anaheim. Depending on traffic, that could be 45 minutes to an hour and a half. Orange County airport is super convenient and easy to get in and out of, but it’s harder to find direct flights compared to LAX. I would choose your airport based on cost vs. convenience.

For me, location comes down to cost. Generally, it is cheaper for people on the east coast to go to Florida. Whereas, it is much easier and more cost-effective for west coast people to come to California. Of course, there are times when you could find cheap flights and then you might choose the park based on the travel costs.

Number and Size of Parks 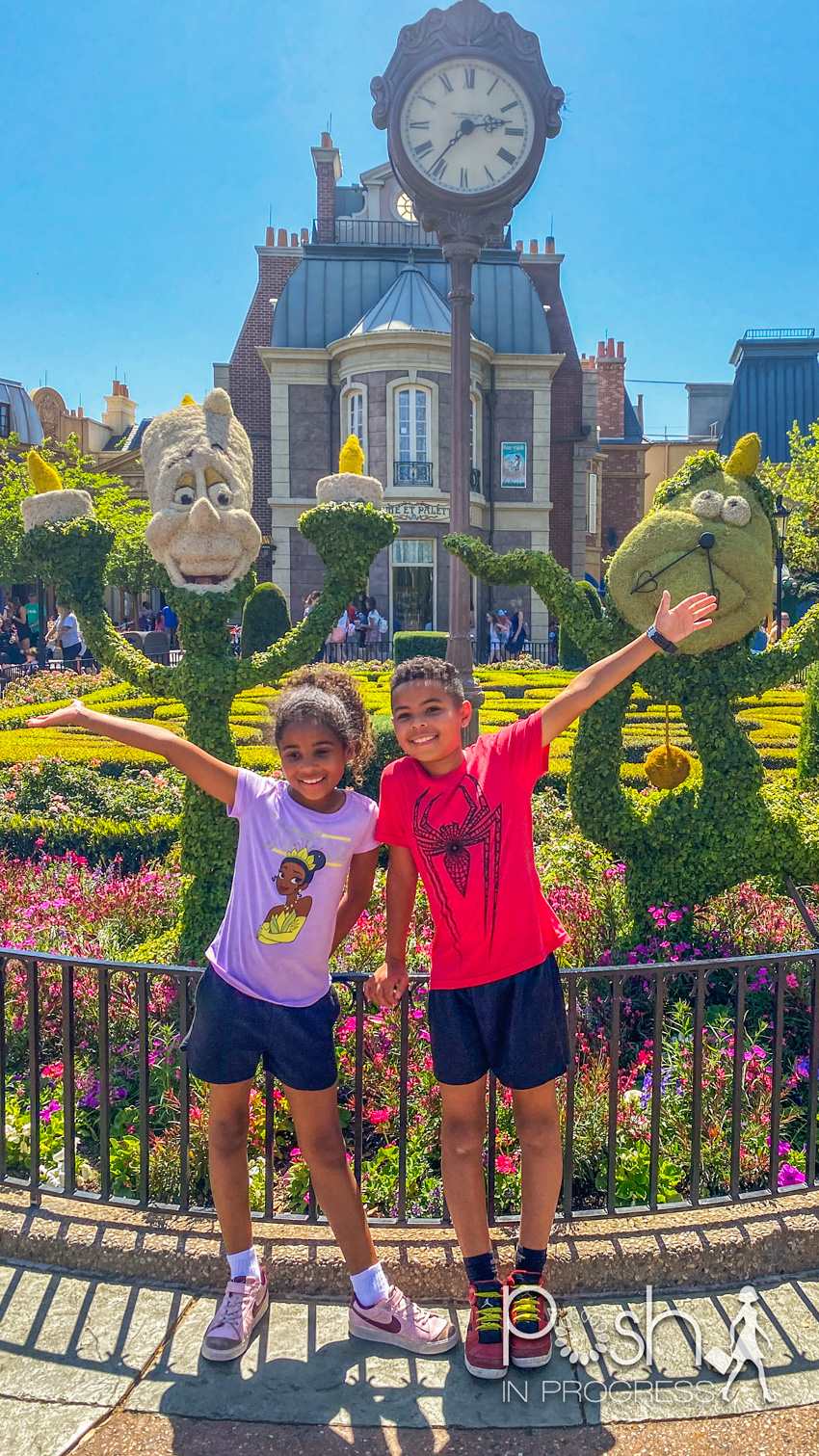 The last time I visited, I only went to Disney World and Epcot. Disneyworld is massive. It is much larger than Disneyland. We had roughly three days to get through four parks, and it wasn’t enough time. I think we would need at least 5-6 days to really do the four parks justice. Realistically, at least one day per park would be my recommendation. Disney World also has four golf courses and two water parks, which Disneyland doesn’t have. 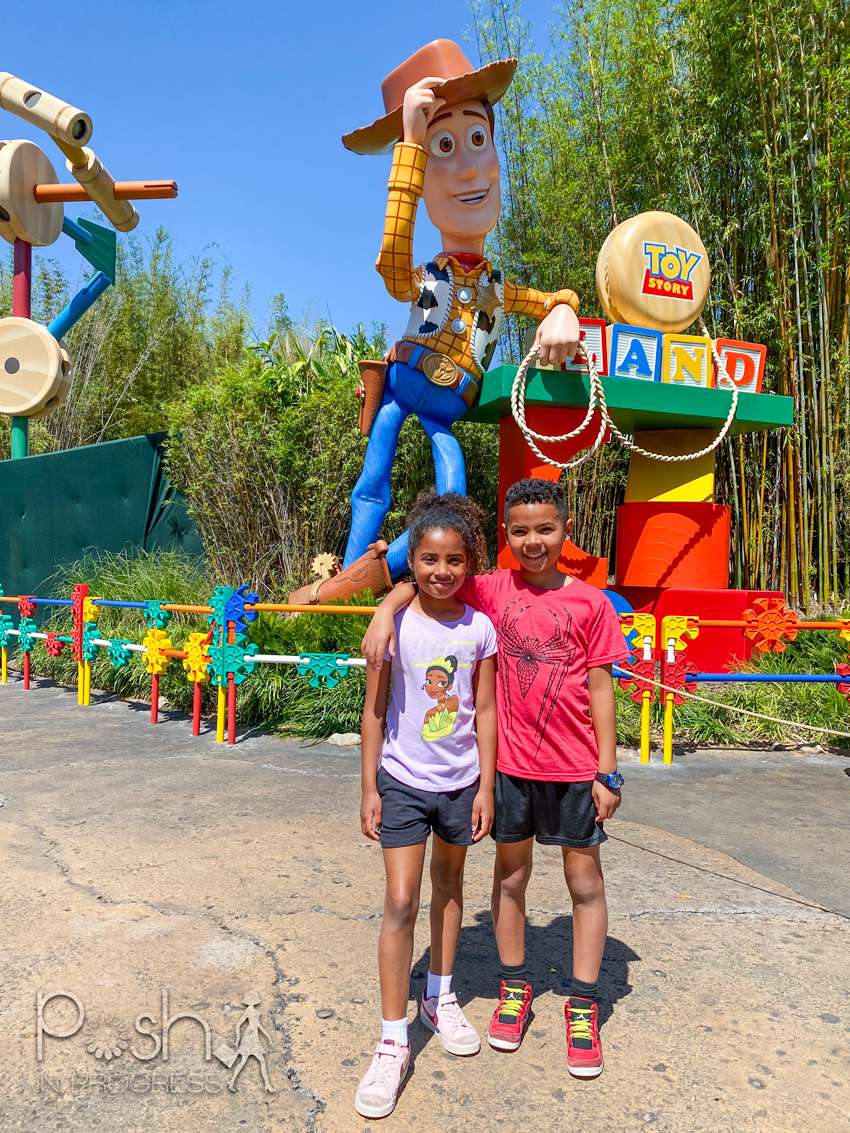 Transportation at Disney World vs Disneyland

Transportation at Disneyland and Disney World felt a lot different to me. Disneyland doesn’t really require transportation between the parks because they are so close together. Whereas, Disney World requires several different types of transportation. Namely, they have a massive bussing system. One of the things that was really fun about our trip to Disney World was getting to ride on the Skyliner. It was almost like another ride getting to take the Skyliner from Hollywood Studios to Epcot. We really enjoyed that ride.

We also spent a lot of time on the large busses that travel between the parks and the Disney hotels. We stayed at Animal Kingdom Lodge, which had a great little bus station out front where you could catch busses to all of the parks. The signage was great and it was very easy to take the busses to/from the hotel and also to/from the various parks. However, I would say this is a bit time intensive and I do like the simplicity of Disneyland and getting to walk between the parks. It’s just not possible to do this at Disney World since it is so much larger.

At Disneyland, they have a tram system that takes you from the large parking structures to Disneyland park. During covid, but while the park was open, the trams were not running so you had to walk from the lot to the park, which was probably about a mile. But the trams are running again. There is also a monorail at Disneyland, just like at Disney World, but I’ve only been on each of those one or two times, so I don’t have much to share about the benefits or drawbacks of the monorail.

I am not well versed on all of the hotel options in each of the locations, but I can say that staying at a Disney hotel is definitely worth the cost and effort. I’ve stayed at the Disneyland Grand Californian a few times and we got to stay at the Animal Kingdom Lodge at Disney World. Both hotels were lovely, conveniently located for access to their respective parks, the staff are very friendly and kind, and the rooms were very comfortable and roomy. 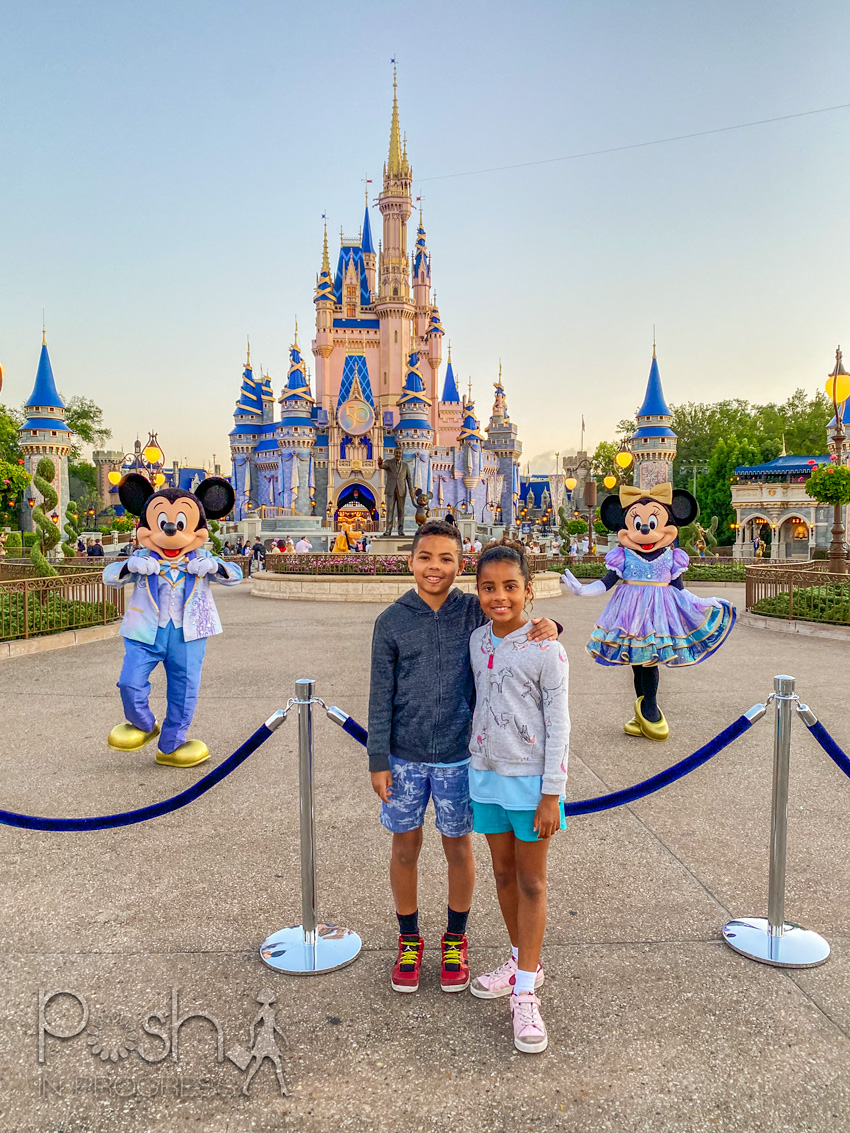 Disney hotels can be a bit pricier. If you’re looking for more affordable options, I would suggest using discount travel sites like Priceline, Trip Advisor, Expedia, etc., to look for affordable options in the area. There are so many hotels in Orlando and Anaheim. You can go with your favorite major chain brand or choose a boutique option. I’ve also stayed at the Marriott and Hilton in Anaheim, and both are lovely.

Rides at Disney World vs Disneyland

One of the cool parts of our trip was getting to ride on rides with zero lines. One night, we visited Animal Kingdom after the park was closed and got to ride Avatar Flight of Passage with literally no one in the park besides our Disney creators group and the park employees. This is by far my all-time favorite Disney ride. I know that is a bold statement, but it was that fun. I would go back to Disney World just to ride that one. I hope Disneyland will get that ride soon.

According to this article, there are at least 10 rides at Disneyland that aren’t at Disney World including: Matterhorn Bobsleds; Casey Jr. Circus Train, Storybook Land Canal Boats, 7 Alice in Wonderland, Finding Nemo Submarine Voyage, Indiana Jones Adventure, Guardians of the Galaxy: Mission Breakout, and Mr. Toad’s Wild Ride. Of these rides, I definitely love Alice, the Bobsleds, and the Indian Jones ride. I haven’t been on Guardians of the Galaxy just yet. 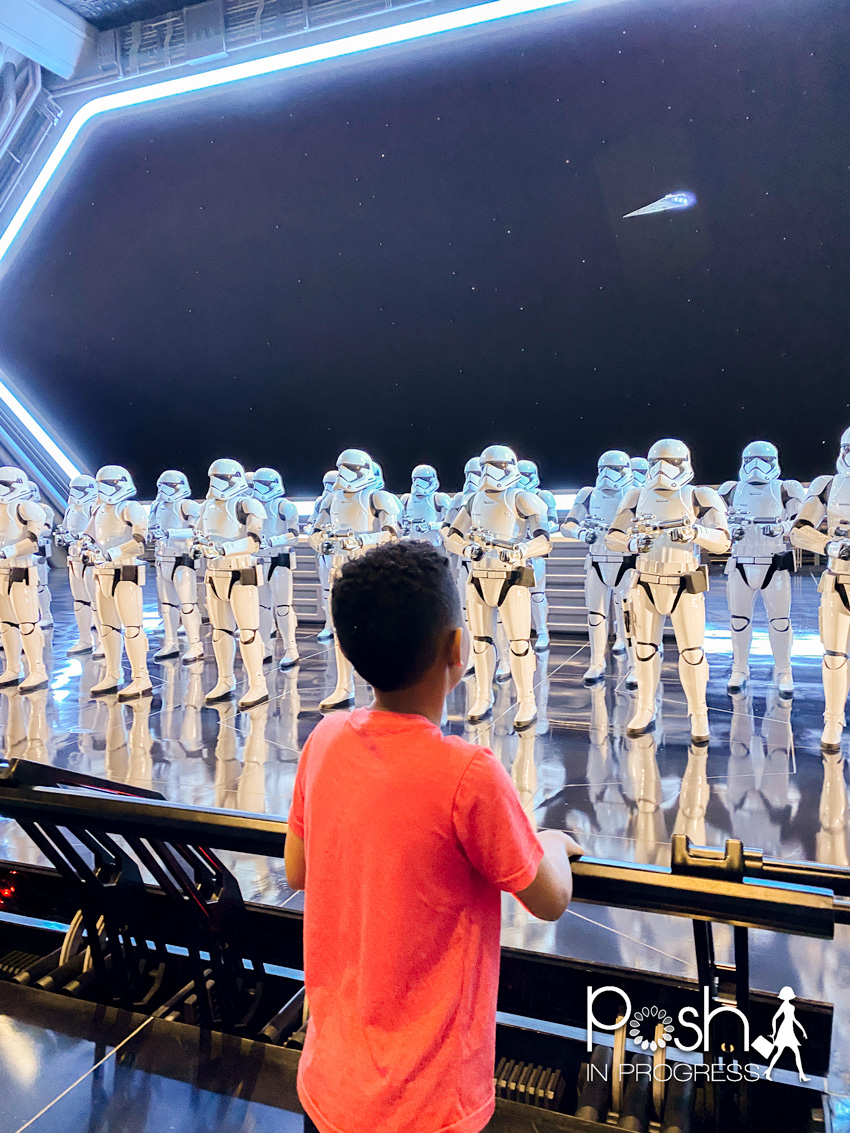 At Disney World, there are several rides you won’t find at Disneyland. The one that we rode and enjoyed is Mickey and Minnie’s Runaway Railway. Slinky Dog Dash in Toy Story world also looked really fun, but the ride was too long for us to wait, unfortunately. This article explains some of the other ride differences.

Best Time to Go to Disney World vs Disneyland

When to go depends on so many factors. For me, Disney World Weather would be my deciding factor. I’ve been to Florida in the summer and I don’t recommend it. Although Anaheim can be hot in the summer too, California has more temperate weather. Florida is gorgeous in the winter months, so I would suggest going to Disney World between November and April. California can be cool in the winter months, but I have been to Disneyland in December, and it was nice. My favorite time to go to Disneyland is in the spring when the trees are in bloom – usually in April.

You might also want to consider when crowds will be lighter. I would try to avoid major school breaks, like summer, winter, and spring breaks. However, I know a lot of people are only able to go during major breaks. Generally, Tuesdays and Wednesdays are the lightest park days, but you will probably find at least some crowds anytime you go. I would suggest you get the fast pass option at whichever park you attend so you can get on more rides. Disney World has a new Genie system that helps you get on rides more quickly. 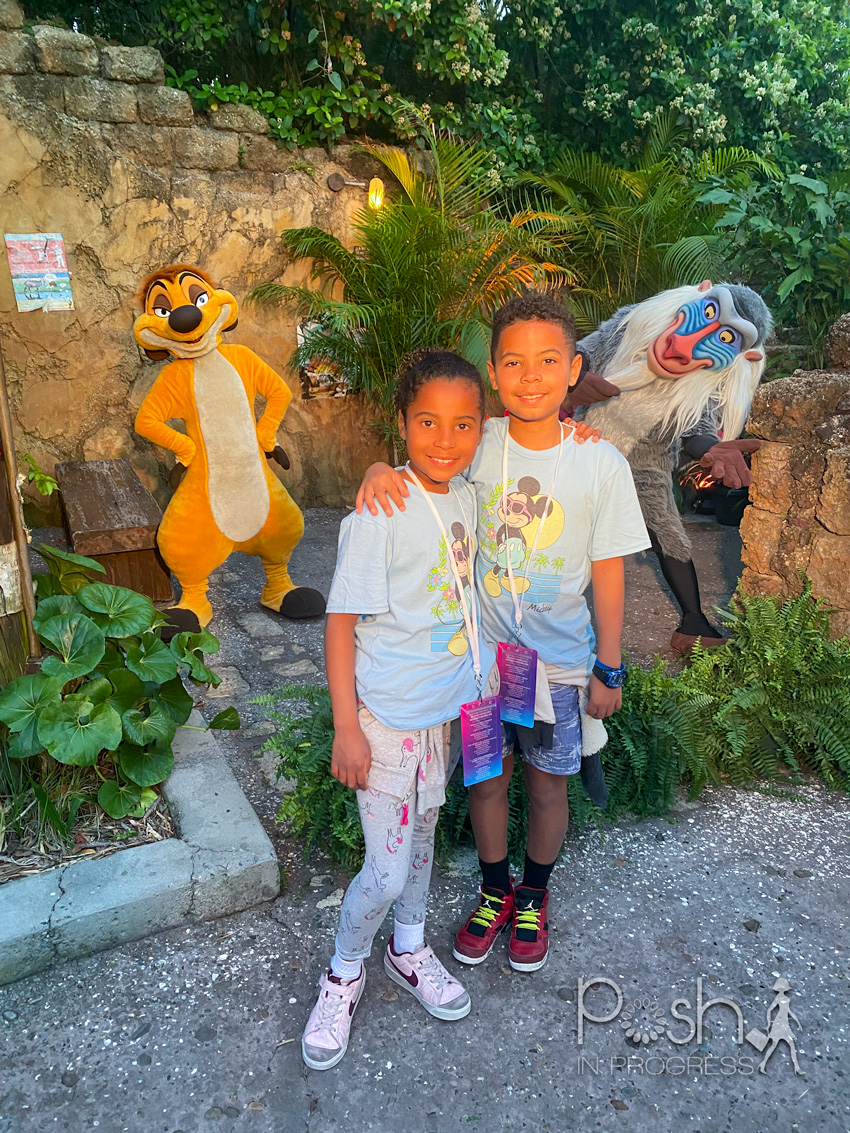 I was told by the Disney team that the Disney World castle is much larger than the Disneyland castle. Honestly, I didn’t notice much difference, as I just think both of them are very lovely and look so gorgeous at night. The one major difference I did notice is that the Disneyland castle has a straight walkway through the castle which makes for really great photos. The Disney World castle has two walkways that create almost like a horseshoe to the entrance of the castle, so you will get better side shots of the castle than straight-on shots. But this is such a minor difference and there are tons of places to get great shots of both castles.

How Much are Disney World Tickets vs Disneyland Tickets?

I hope this story helps you understand some of the differences between Disney World vs Disneyland. Both parks are absolutely amazing and I will definitely visit both again soon. If you’re looking for other Disney content, click here.