A few weeks ago, I traveled to Portland for work. Just like my last trip, I only had about 30 hours in the city. As I learned last time, it’s pretty amazing what you can do with 30 hours in a city. Since I was able to see so much last time, I decided to do a little day trip to check out Cannon Beach.

To be honest, I’d seen several of my blogger friends post photos of the picturesque beach this summer. It looked too gorgeous not to make the hour and a half drive to check it out myself.

The Drive From Portland to Cannon Beach When I first arrived in Portland, I decided to rent a car. The last trip, I just took ride-shares everywhere It was significantly cheaper just to rent a car than to take all those uber rides. Plus, renting a car gave me the freedom to get to do a mini road trip to Cannon Beach.

I put the destination in my map app and off I went. It said it would be just under 2 hours from the airport. What I didn’t realize was that the speed limit is 55 in a lot of places on the way to Cannon Beach. I learned this lesson within the first ten minutes of my drive. I think I was going probably 70 or 75 when I saw a cop up ahead on the shoulder. People were hitting their brake lights, so I did the same. I didn’t realize at the time that I was speeding. I was lucky that day because I didn’t get pulled over. The guy ahead of me did, however. 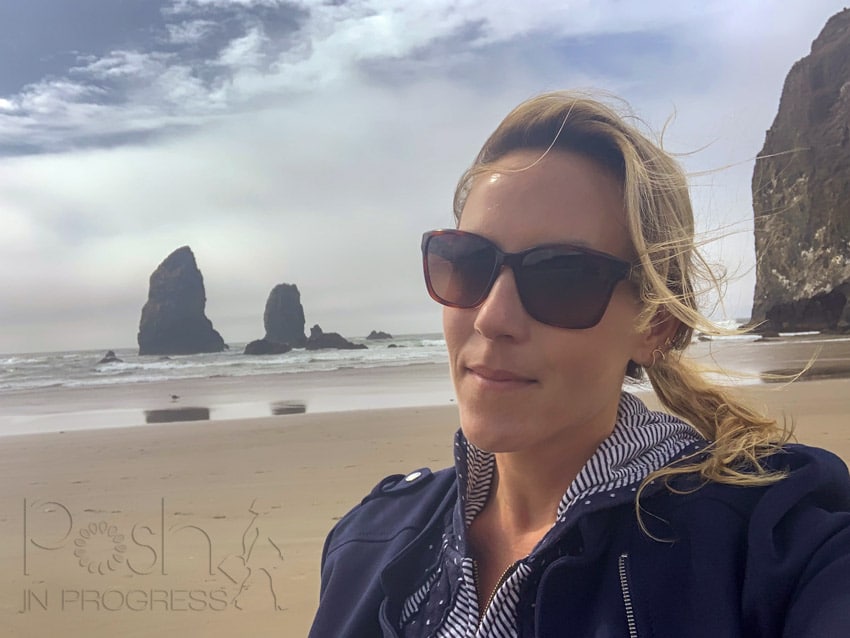 After my near-ticket-experience, I slowed way down and kept it around 60. My best advice is just to make sure you pay attention to the speed limit signs. I’m not used to seeing 55 in California, so it was pretty shocking to see. My rental car attendant also told me that Oregon is a hands-free state and the ticket for using a cell phone while driving is really steep. Just drive slowly and don’t use your phone and you’ll be fine!

The drive itself is pretty dull. There were a few areas that were quite lovely as you head up a hilly area, overlooking masses of giant pine trees. That part I liked. The rest of the time I found the drive pretty boring, especially because it is 2 lanes a lot of the way, so you can’t pass very easily. 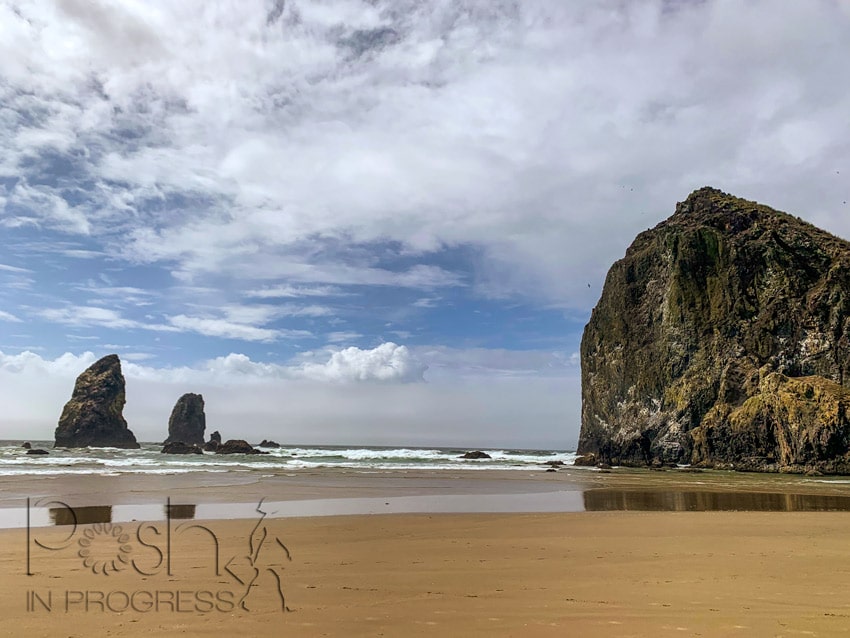 Once I arrived near Cannon Beach, I found public parking right in the main downtown area. It was a small little town but I could tell it was set up for tourists. There were plenty of restaurants right by the main entrance to see Haystack Rock, the main attraction.

As I walked toward the beach, I could see the Haystack Rock poking into the sky. From far away, it seems so big, so grand. The closer you get, it actually feels smaller. I visited on a day that was party cloudy, almost hazy. The ocean was calm and the beach, itself, was some of the finest sand I’ve seen. I was pretty amazed by how calm the water was. In California, we always have some waves. Here, it was almost just like a gentle ripple.

As I approached the rock, I was mesmerized by the silhouette. It is quite a striking sight to see. What I didn’t realize was that there are several other rock formations along the coast in the same region. I could see several off in the distance to the north. I wish I had more time to see more of the coast, but I was there for the main attraction.

Is Visiting Haystack Rock Worth It? 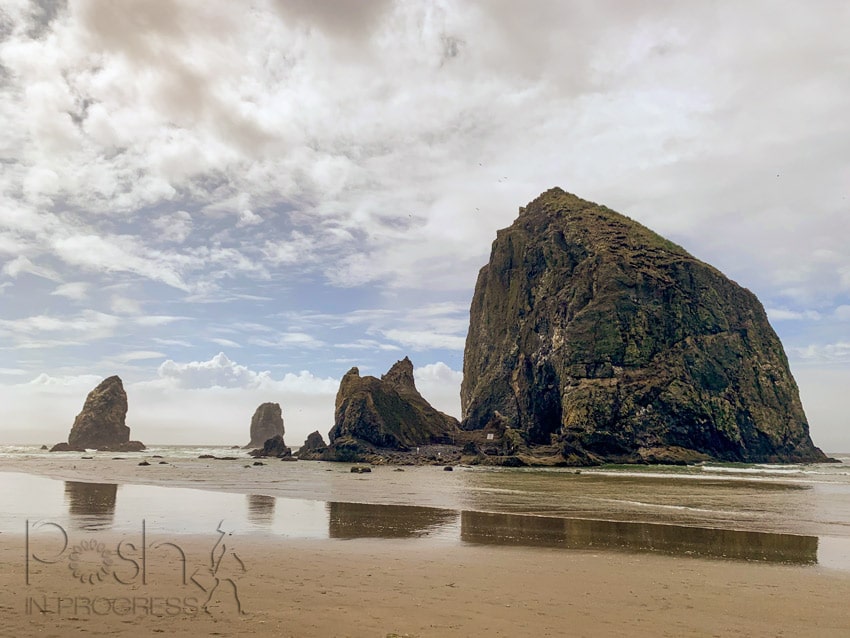 For me, the drive was totally worth it. I’m a nature-lover. A few extra hours out of my day to see one of nature’s wonders is well worth the time, in my opinion. I only wish it was a warmer day and I had thought to bring a towel or blanket with me. I didn’t stay as long as I would have had I been better prepared to hang out there for a while. Either way, I sincerely enjoyed visiting Cannon Beach and Haystack Rock and I’d recommend it to anyone who was visiting Portland and had time for a little day trip.