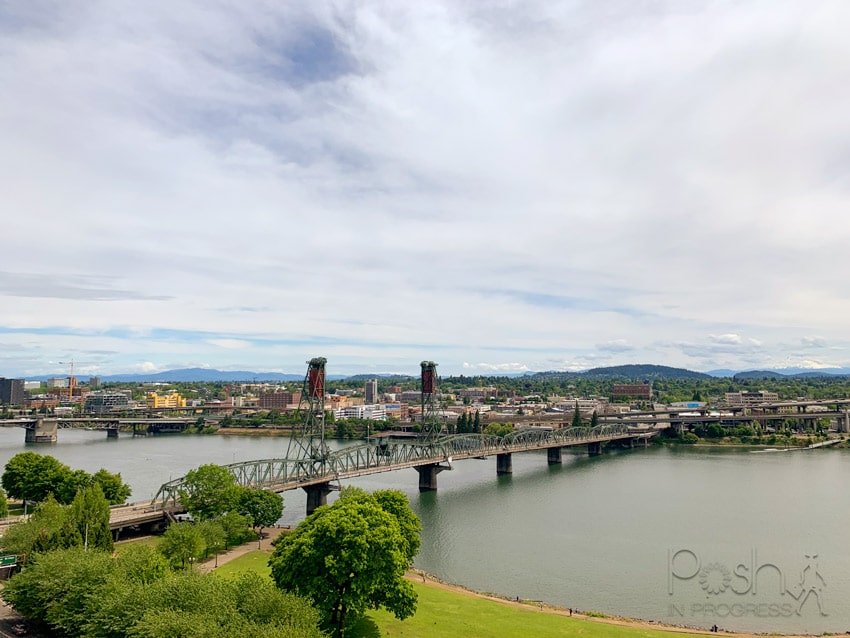 A few weeks ago, I got the chance to visit Portland for work. It’s a city I’ve always wanted to visit, but I only had slightly more than 24 hours in Portland to experience the city. Although my time was short, I was still able to pack in a lot of site seeing in a short amount of time. If you’re heading there some time soon, here are the 7 things to do in Portland. 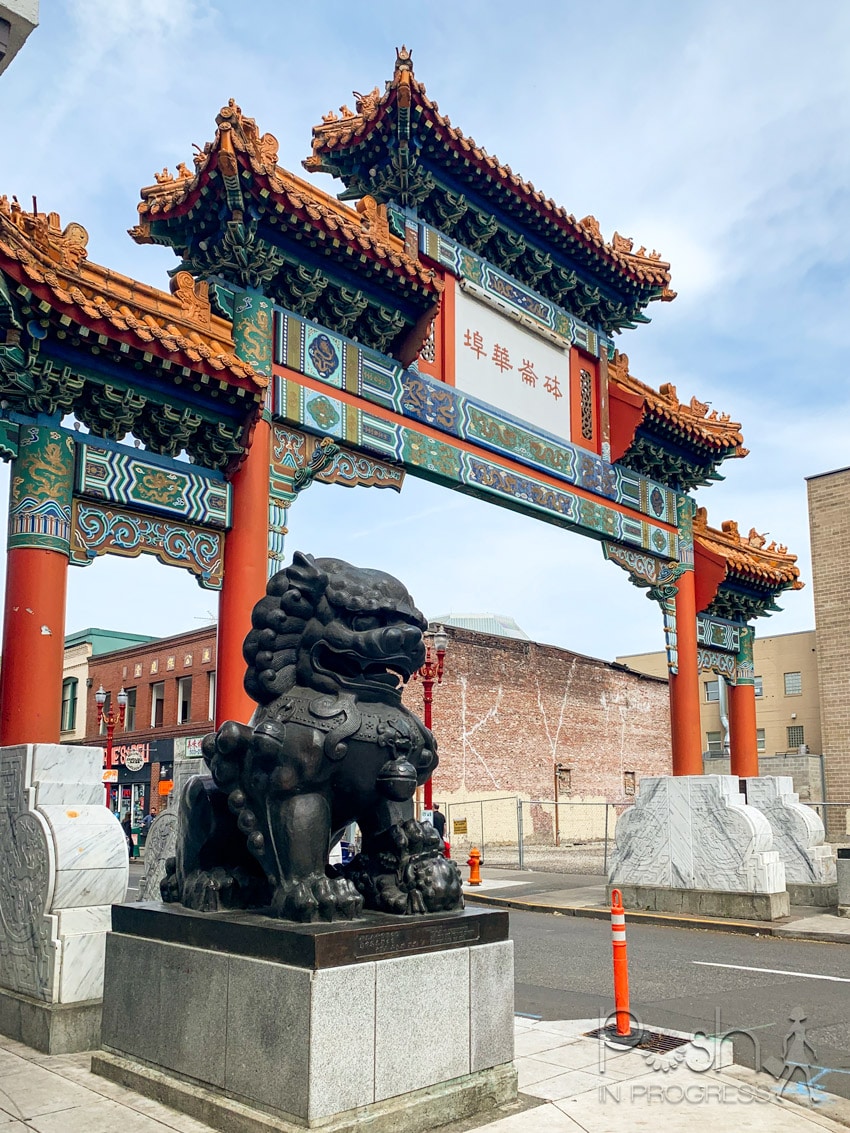 7 Things To Do in Portland 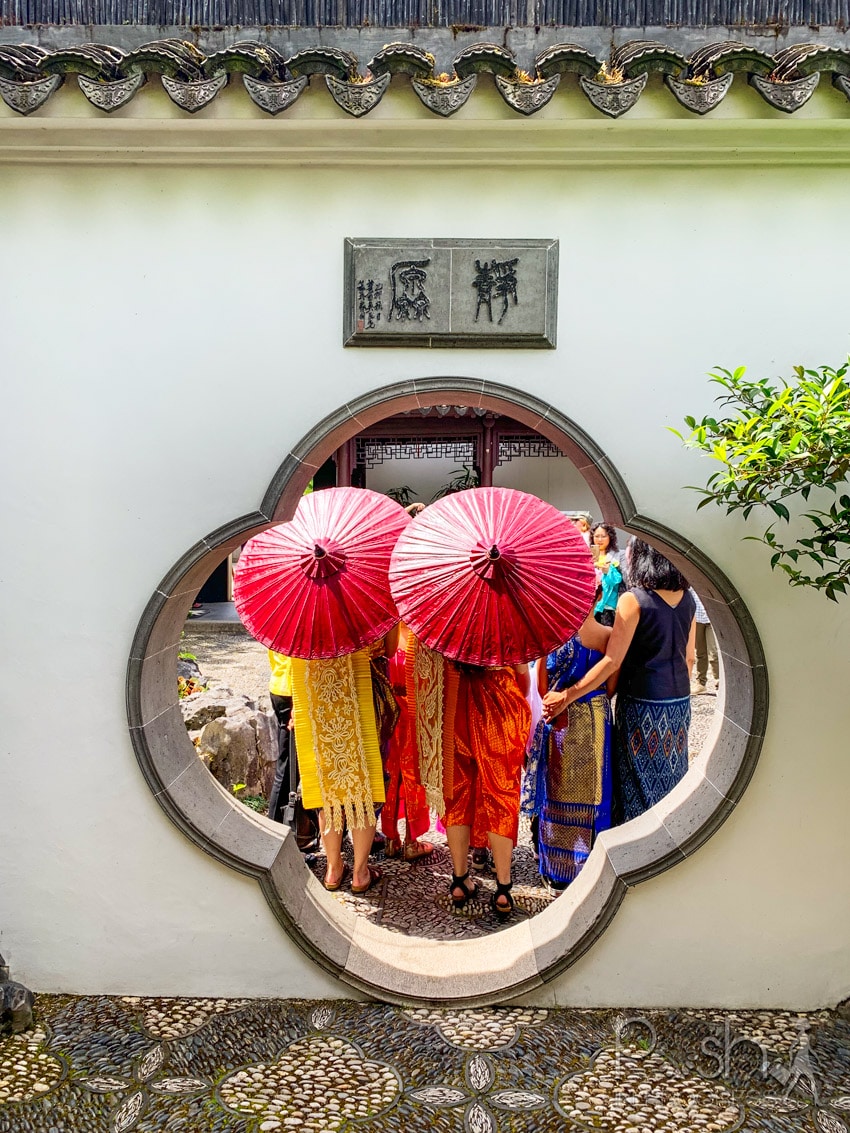 One of my friends mentioned I should visit the Chinese Garden. Although he touted the Japanese Garden with more fervor, the Chinese garden’s proximity to downtown was appealing. It was actually my first stop on my one-day tour of Portland. By far, visiting the Chinese Garden was my trip highlight. Although the garden is quite small, every inch of the space is filled with gorgeous trees, flowers and other plants, mixed in amongst stunning architecure. I loved the entire time at the garden. I also lucked out and got to see a little group of young girls perform with traditional costume and umbrellas. It was such a lovely way to start my trip. 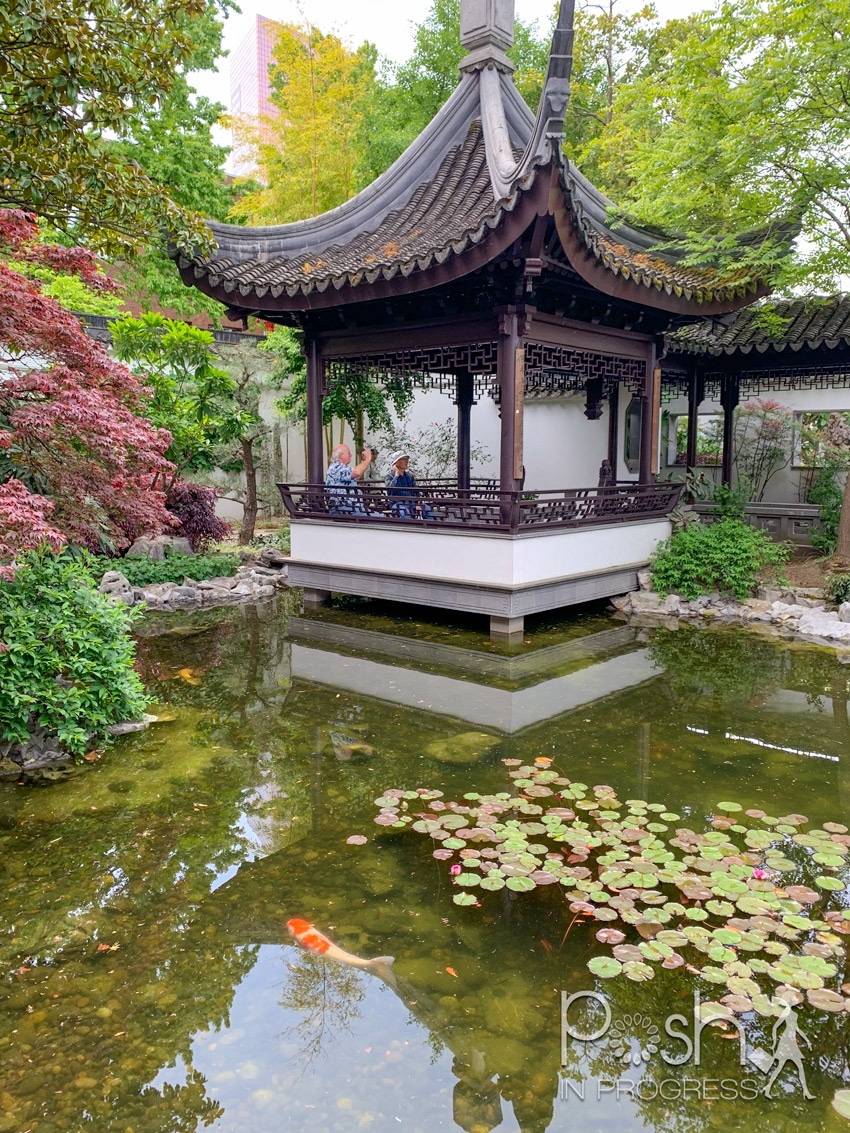 2. Go To The Japanese Garden

Several different people recommended I visit the Portland Japanese Garden. I stopped there next after visiting the Chinese Garden. Although the entrance to the Japanese garden is quite lovely and grand, I have to say I was pretty overwhelmed with the space. It was such a large garden, I just wasn’t prepared to walk around that long. I ended up leaving pretty quickly after arriving, because it just felt overwhelming for me. I would love to visit another time when I had a whole day, or at least a half day, to spend at the garden. Since I was only in Portland for 24 hours, I wanted to see as much as I possibly could, so spending the whole day at one garden just didn’t excite me.

I happened upon the rose garden completely by accident. My uber driver who brought me to the Japanese garden actually told me about it, since it’s right by the entrance to the Japanese garden. Although the roses weren’t in bloom while I was there, the rose gardens were expansive and quite lovely. I’d love to visit another time when the roses are actually in bloom. I think if I had visited a week or two later, there would have been many more flowers in bloom. Nonetheless, it was totally worth stopping by the Rose Test Garden.

Of the five people I asked what I should do in Portland, all of them said I should visit Voodoo Doughnuts. Voodoo Doughnuts various locations around the U.S. and one in Los Angeles. However, I actually chose not to visit because when I did a google search, they said the wait times are upwards of 2 hours. No donut is worth a two hour wait, in my opinion. Anything more than 5 minutes, I’m not interested. I’m just not that into donuts. However, a local told me that Blue Star donuts are just as good, if not better, in flavor. Blue Star several locations in Portland and three locations in Los Angeles area. Since both donut shops actually have locations in LA, I can try them anytime I want. If you’re really into donuts, you might want to check these two out.

5. Stop By The Classic Powell’s City of Books + Pearl District 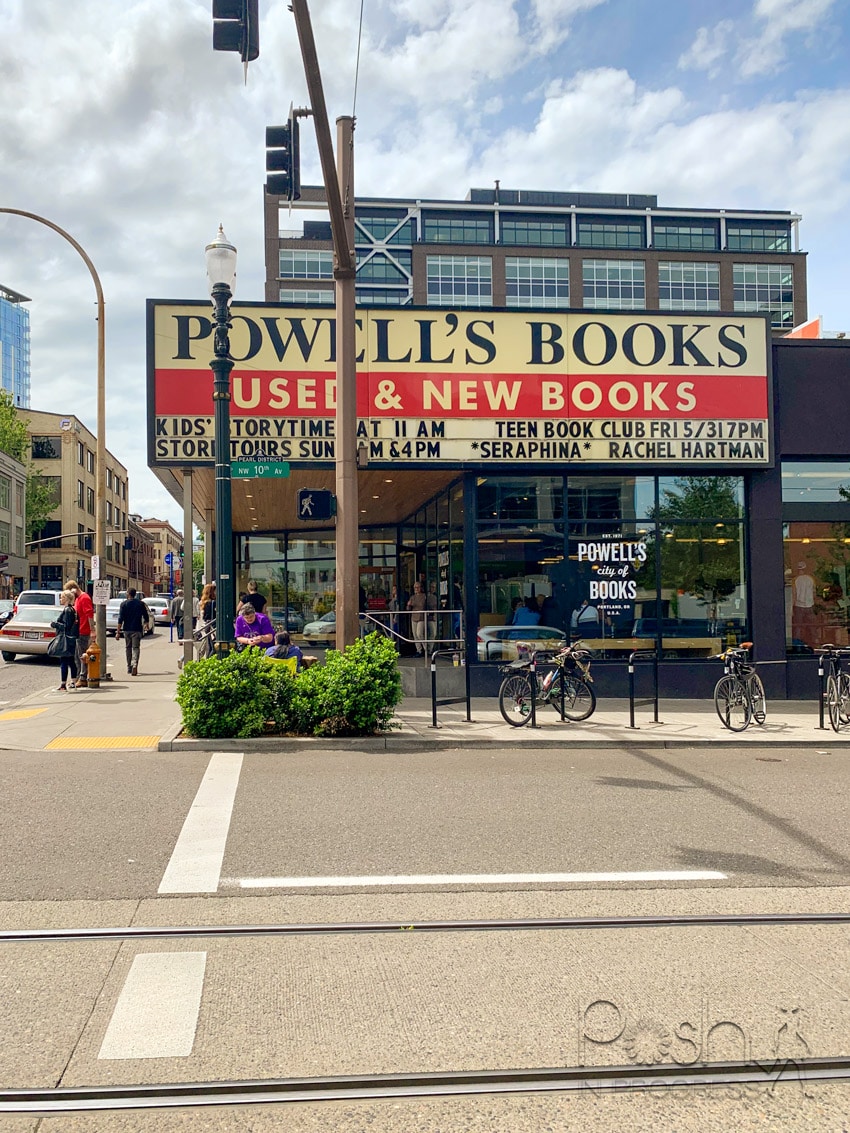 the Pearl District is known as a shopping destination for cool brands and indie boutiques. There are also a lot of bars and restaurants in the area. I headed to the Pearl District to check out Powell’s City of Books, which is a community staple since 1971. I’m not quite sure why everyone loves this place so much. To me, it actually just felt like a really old library. It was massive and had a ton of books and other things to buy. I did like the energy in the space and everyone was so friendly. I also love the throw-back feel. Maybe that’s what has people coming back – nostalgia. If you’re into bookstores, then you’ll definitely want to stop by. 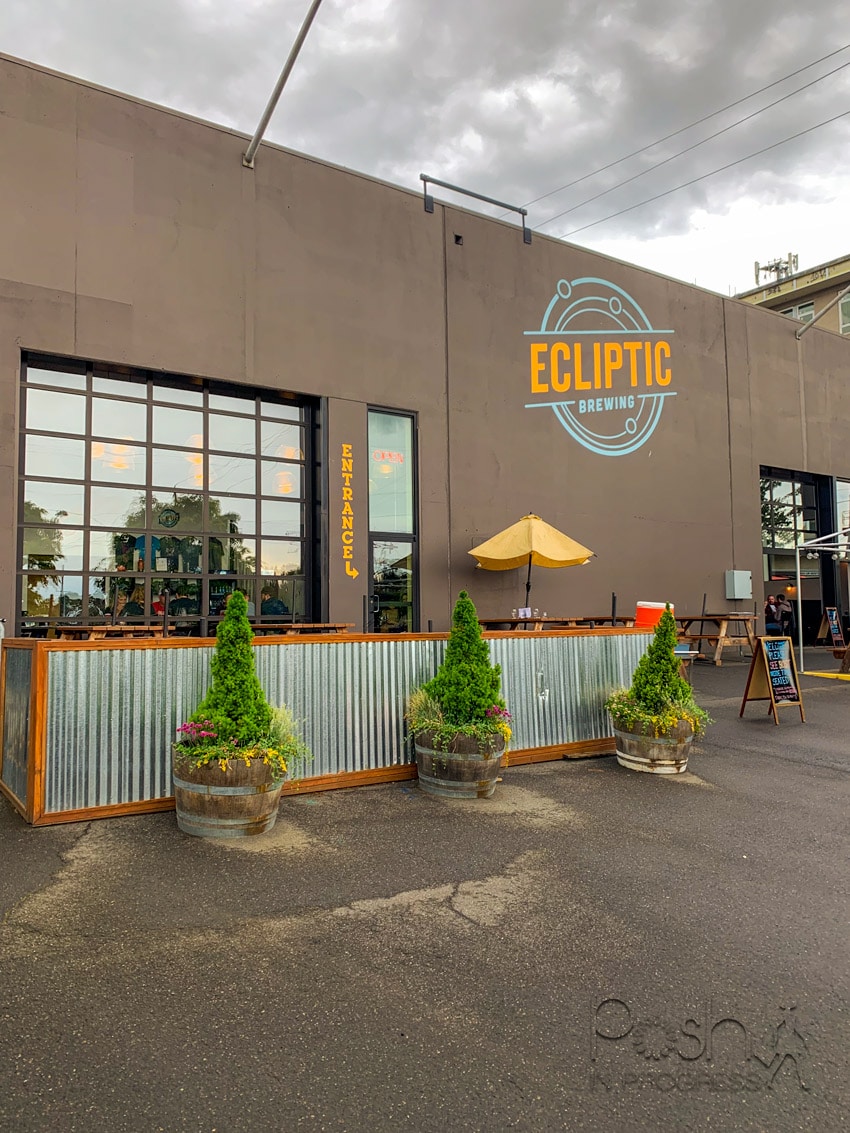 Portland is definitely known for their breweries. I’m not a huge beer drinker, but I did stop by Ecliptic Brewing based on a friend’s recommendation, and I’m so glad I did. Not only do they have a great selection of beer, they also have really delicious food. I tried only vegetarian and vegan dishes, and they were all super yummy.

7. Visit the Oregon Museum of Science and Industry

OMSI is one of the top science museums in the country. If you have young kids or just really enjoy science museums, you should definitely stop by and check it out.

Portland is known to have great food. I honestly didn’t have a ton of time to eat there, but I did take my friend’s recommendation and had breakfast at Pine State Biscuits. Let me tell you. it was one of the best biscuits I’ve ever eaten. They serve them with various spreads. I chose honey and butter, which was ridiculously good. They also serve many different types of biscuit sandwiches. Their cashier told me to get the fried chicken one, but I opted for just the simple biscuit instead. I’d definitely go back there on my next trip.

There’s a lot of other things I’ve heard are amazing to do in Portland, like the Portland Art Museum, the Oregon Zoo, and a day trip to Multnomah Falls. Unfortunately, I didn’t have time to hit all those spots, but I definitely want to go back to the Pacific Northwest as soon as possible. It’s so lovely, and the people were so friendly too! The 24 hours I spent in Portland were really fun. I had a chance to do a few things, but I definitely want to go back soon.

My sunshine. It was hard for me to celebrate last