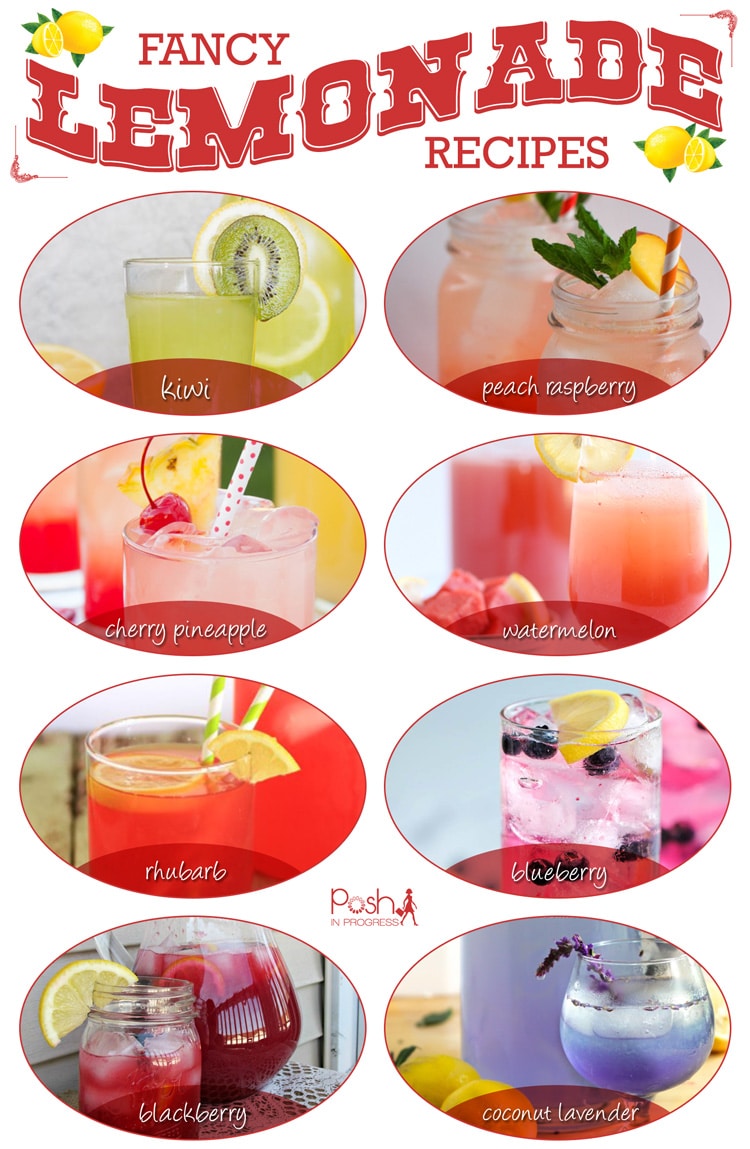 I’ve mentioned my obsession with all things lemon before. During both of my pregnancies, I craved lemonade, which is odd since it’s not a drink I usually choose. Sure, it’s yummy, but I would almost always order an ice tea or diet coke over a lemonade. But while I was pregnant, I drooled over that combination of sweet and tart and couldn’t get enough lemonade.

Lemonade has another thing going for it. It always reminds me of summer. I was a lemonade stand pro. I spent many slow summer afternoons in Wisconsin, sitting out at the curb in front of my two-story colonial, slinging my lemonade for 25 cents a cup. I would count my money over and over until my next customer came (which was probably every 30 minutes, since my neighborhood didn’t have much traffic). I was quite the little entrepreneur.

Do you have your favorite fancy lemonade recipes? Which one are you going to try first?