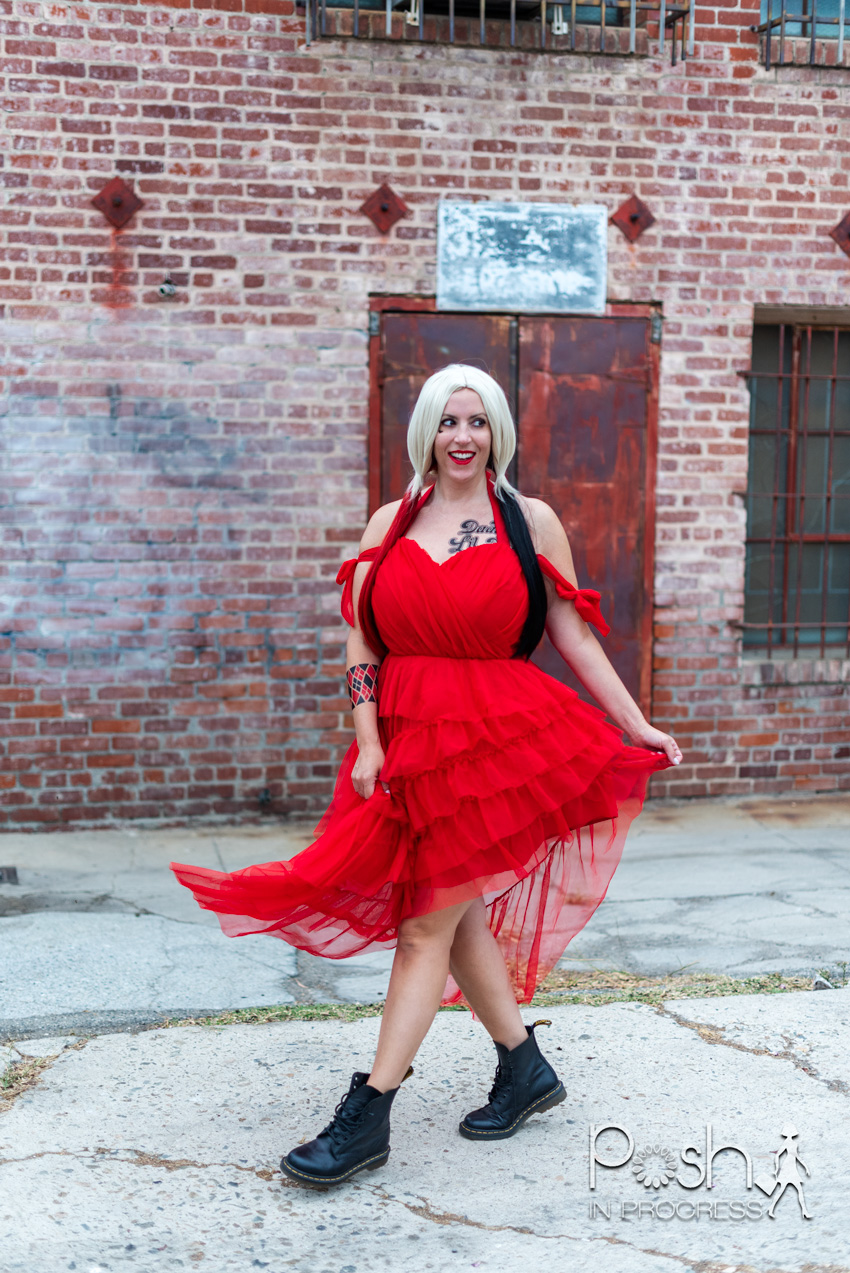 This summer, I saw The Suicide Squad and instantly fell in love with the Harley Quinn character. I’m usually not into the comic book movies. I’ll watch them every now and then, but I hardly even knew who Harley Quinn was before I saw the movie. Sure, I had heard she was ‘Jokers Girlfriend’, but that was about it. Watching this movie gave me so much appreciation for the strong badass character she is. It’s so refreshing to see a powerful female character, so I decided I wanted to dress like Harley Quinn for Halloween this year. If you are wondering where to find a Harley Quinn Halloween costume, keep reading! 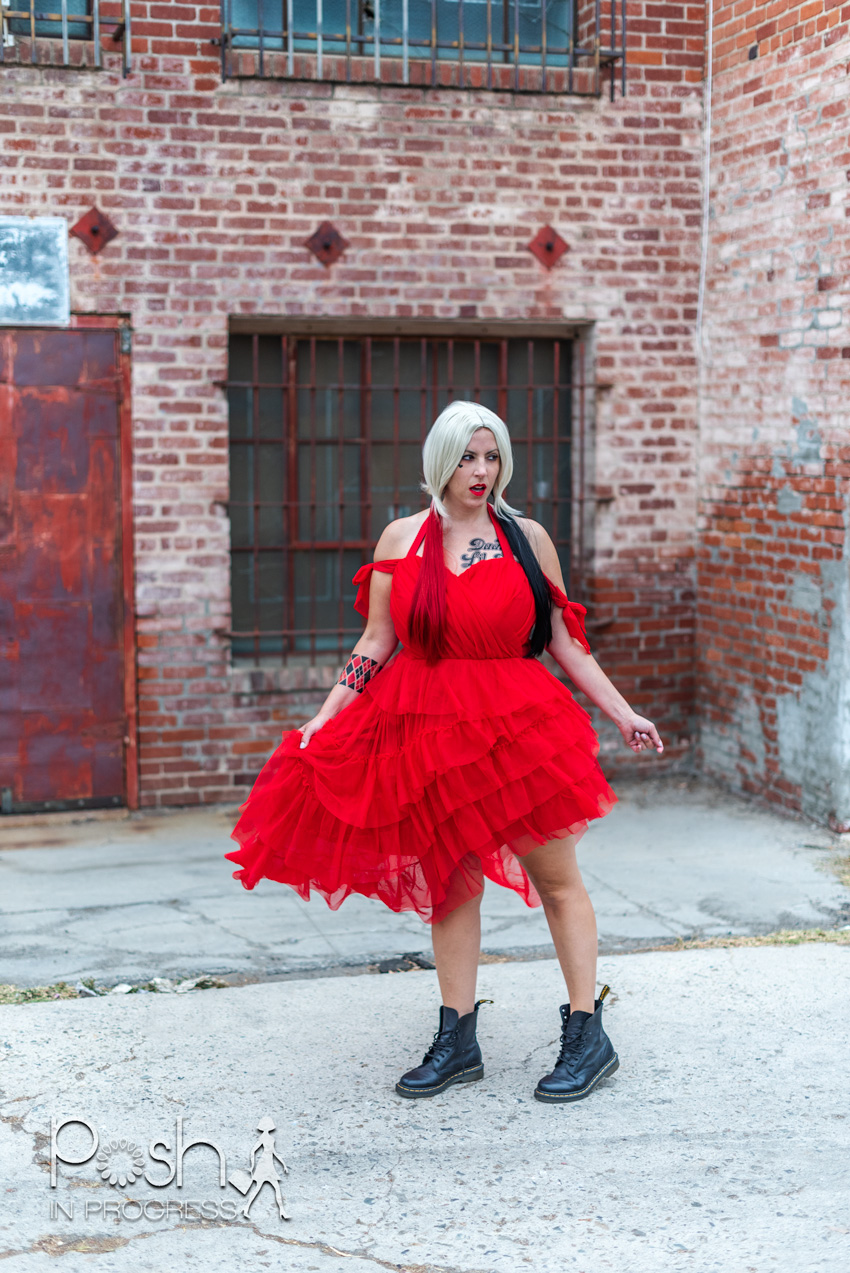 Right after seeing the movie, I went online searching for the perfect Harley Quinn red dress like the one she wore in the movie. I found almost an identical dress with the same great details and shape. This dress is so great because it has a built-in corset in the back, so you can tighten it for a better fit in the bodice. I also love the bold red color and all of the fun ruffle details. The off the shoulder straps are also really sexy. 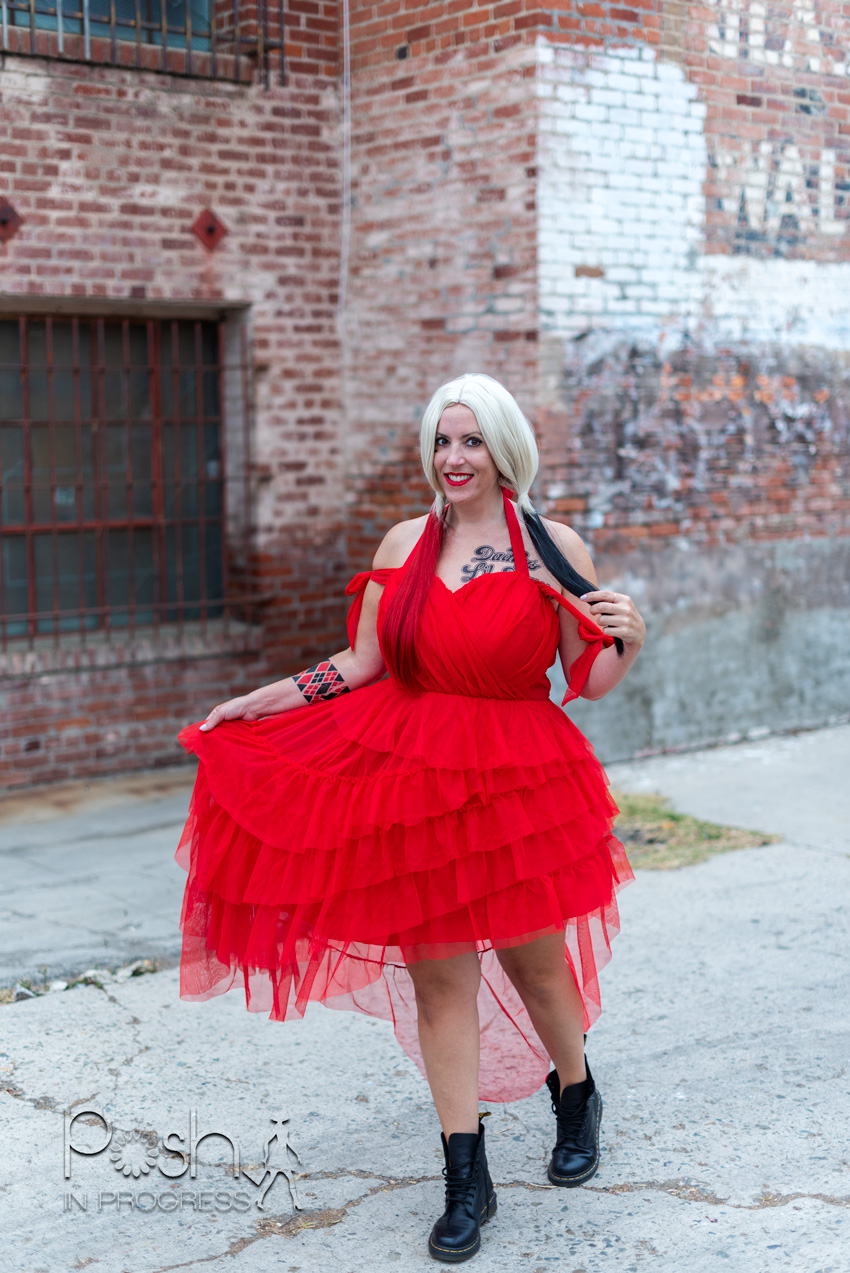 A key part of the outfit for how to dress like Harley Quinn is to make sure you get the tattoos right. At first, I shot this look without the tattoos. The photos were cute, but the costume just felt really incomplete. Then, I ordered and applied the tattoos, and it made such a difference. I only opted to include three of the tattoos, because they are the most prominent in the movie. The chest tattoo that says “Daddy’s Little Monster” is visible nearly the entire movie, as is the tiny heart near her eye. The quarter sleeve on her right lower arm is also quite prominent. The tattoos I found are super easy to apply, just with water. They are equally easy to remove. I used nail polish remover, and they came right off. 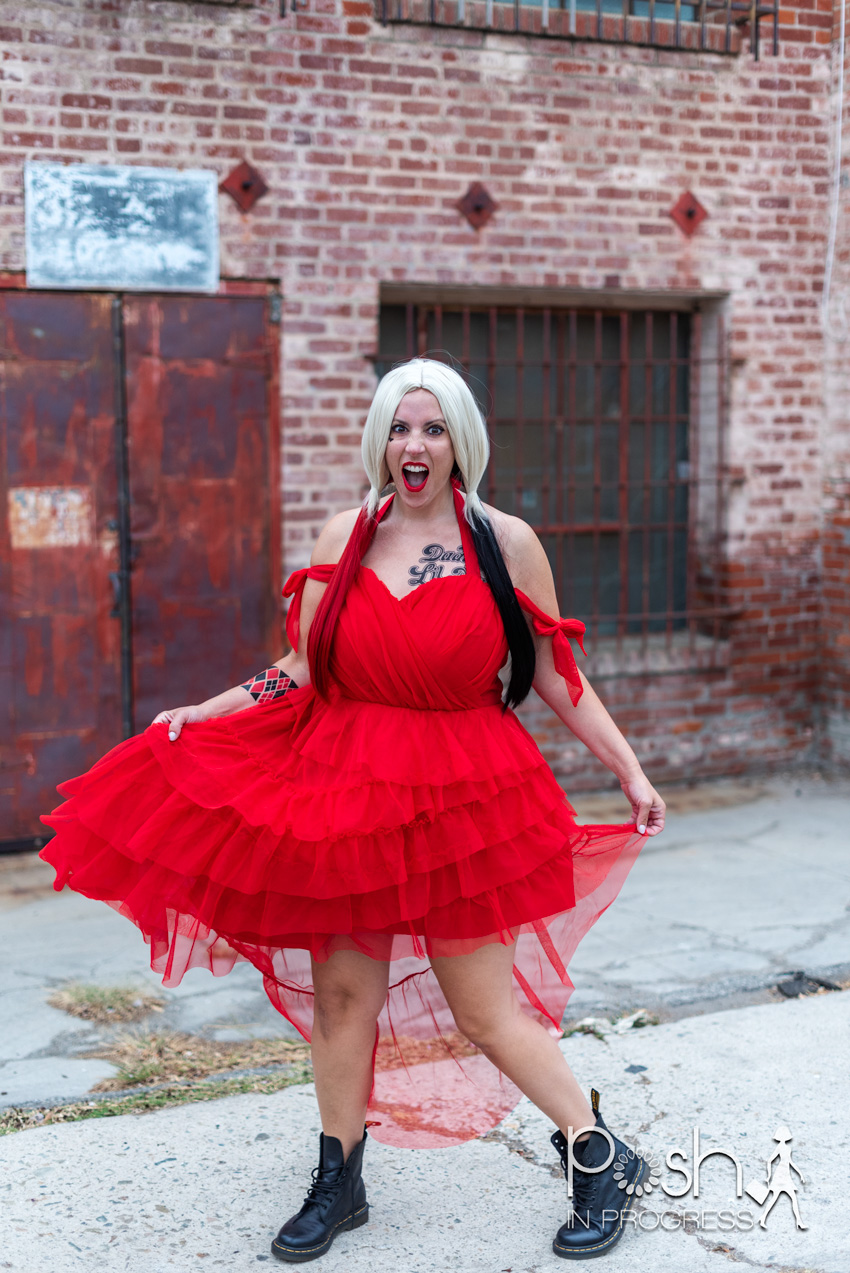 As for her boots, I chose to wear my Doc Martens because I already had them. Any combat boot will work to give the same effect as the boots she wore in the movie. The other major costume component is the wig. To be honest, I struggled a bit with the wig. The one I chose had the blonde pieces exposed so much that it almost looked like a bob over the two long ponytails. however, I re-did the two low ponytails and then it looked a bit better. The wig I linked to seems a bit more authentic to the movie than the one I chose, so I’d opt for that one. But, I think either wig would be fine. They give the allusion of the same style of hair so you can dress like Harley Quinn.

I hope these tips help you to dress like Harley Quinn for Halloween. If you have any questions about the products I chose for the Harley Quinn Halloween costume, leave me a comment or DM me on Instagram!