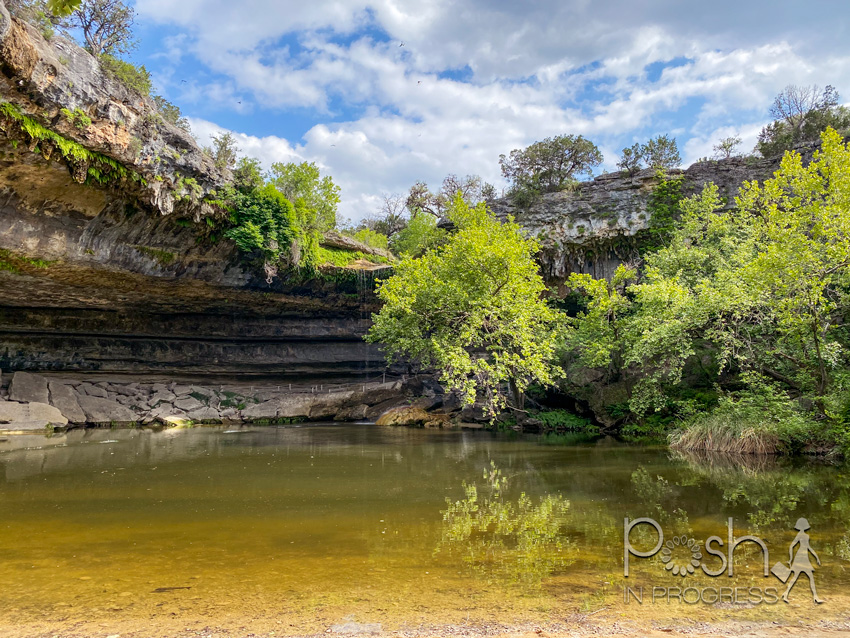 A couple of weeks ago, I visited my friend Ramona of Fab Everyday in Austin, TX. Although I had been to Austin one other time for Mom 2.0, I hadn’t gotten to explore much of Austin, other than the conference hotel and a quick trip to Torchy’s with some bloggers for a quick dinner. This time around, I had a few places on my list that I had hoped we would visit, and Hamilton Pool Reserve was at the top of my list. 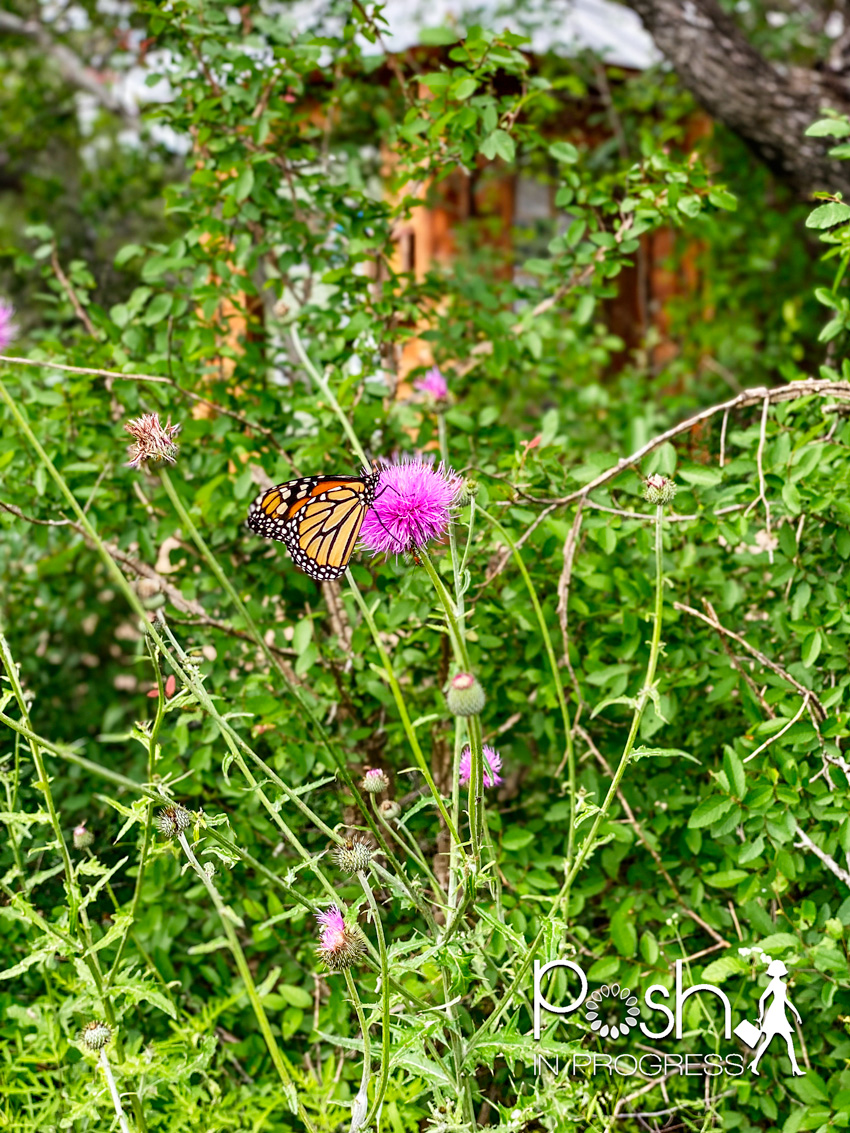 I first heard about Hamilton Pool Reserve through an Instagram photo. I’m not even sure how I found the image, but I think it randomly showed up on my finder feed. The gorgeous scenery drew me in. I clicked on the location finder and realized it was just outside of Austin. At that moment, it ended up on my Austin bucket list. Thankfully, Ramona was able to get us reservations for one of the three days I was going to be in town. 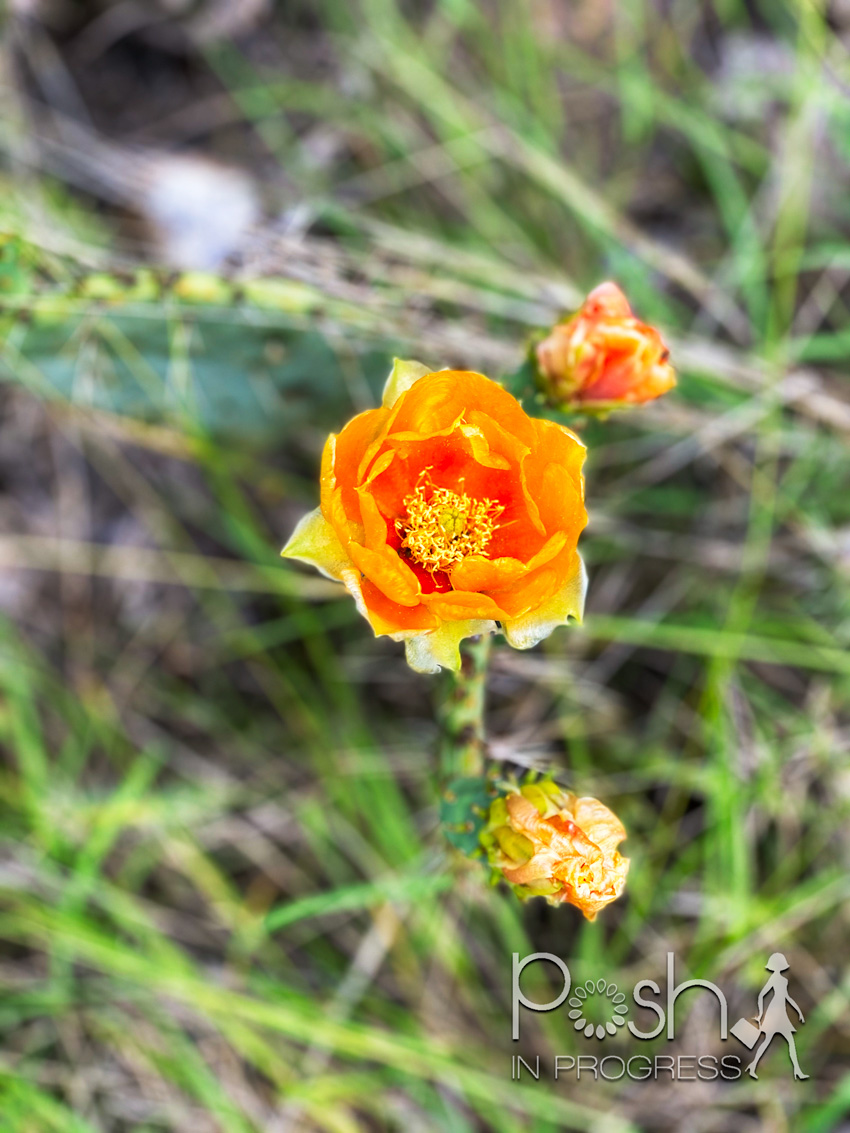 Due to COVID, Hamilton Pool reserve has limited reservations and you can only be there during your designated time period. Ours was for 2:00 – 5:30 pm on a Friday afternoon. The drive from Austin to Hamilton Pool is just under an hour, depending on which part of Austin you’re driving from and also depending on traffic. It was a lovely rural drive to get there.

When we arrived, we showed the rangers our reservation, we had to pay the additional entrance fee of $8 per adult, and then we found ample parking. The ranger told us the hike was about a quarter of a mile down and the terrain was pretty steep. As we started down the path, I was excited to see a few monarchs and also some gorgeous cactus flowers in bloom.

As we continued down the trail, I understood what the ranger had said. Although I wouldn’t call this extremely steep, there were some big steps down along with some uneven terrain. It was still a pretty easy hike and most able-bodied people should be able to handle it. If you have school-aged children, I think they are definitely capable. Although younger children might be capable, I would personally stick to school age or above.

After maybe a 10-15 minute walk through a lovely forest with a little creek running next to it, in between towering rock formations, we made it to Hamilton pool. The view is quite striking. The way the rocks have formed, the grotto, and the cliff hanging over the little pool are really beautiful. There were tons of birds flying amongst tçhe upper cliffs. I later learned they are called cliff swallows (I thought they were bats because of how rapidly they flap their wings).

Unfortunately, you are not allowed to swim in the pool right now due to algae levels. Also, you aren’t able to walk underneath the cliff in the grotto area due to a recent deep freeze that has caused more rockslides and instability in the area.

Despite our unfortunate timing with all these closures, I would still highly suggest you visit Hamilton pool reserve. Honestly, the photos and videos don’t even do it justice. It is a total natural wonder. It is really beautiful. If you visit Austin anytime soon, I’d highly encourage you to take a half-day trip to check out Hamilton pool. If you’re a nature-lover, I know you won’t be disappointed.

Have you ever been to the Hamilton Pool Reserve?  Where is one of your favorite places that you’ve ever visited?  Let me know in a comment below!