The other night, I realized something. My kids aren’t so little anymore and there are a lot of things I’m going to miss about kids being little. It may be obvious to someone from the outside that they’re growing. But sometimes, seeing them everyday, the transition from baby to toddler to preschooler to school-ager just flies by in a flash, without even realizing it.

Just as we do every night, we walked into my kids’ playroom so they could pick out books for me to read to them. We always sit in the same green chair, one child on each of my knees. But this night, I realized it just wasn’t feeling the same. I actually felt pain because of the weight of them both on me at the same time. I tried to shift, but it just was too much. If you can believe it, I actually started to tear up. In my head I thought, “my babies aren’t my babies anymore.”

There have been so many days, probably too many days, that I’ve wished my babies would just stop being babies already. I get tired of the crying, the messy noses, the constant spills, all of it. But now, now I’m realizing there is just so much I’m going to miss. Here are 6 of the things I’m going to miss about kids being little.

6 Things I’m Going to Miss About Kids Being Little

1. Sitting on My Lap

There is nothing quite like the snuggle you can get with your little between ages of zero and say 3. After that, they start getting kinda big. Maybe you can get a good hug in every now and then, but the lap-sitting just isn’t the same, and I definitely miss it already. My kids love to read with me. I feel very lucky that they enjoy it so much. Believe me, there are a lot of nights I actually feel too tired to read books, but man, I’m going to miss it the day they no longer ask me to read to them. I absolutely love snuggling up in our green chair and reading to them. It is a time when we can be very close and I feel very connected. Now that they’re a bit older, we’ve moved the snuggles to the couch. Not quite as good, but still really nice.

It is the cutest thing in the world to me when kids mispronounce words. The first I can remember, one of Rocco’s first words, was bire truck. He pronounced it like bye-rrrrr truck. And it was just so darn cute. Another one of my favorites is my kids call construction just struction. There are too many to name, but there is just something so endearing about them saying words wrong. Most of the time, I try not to correct them too much. I don’t want them growing up saying the wrong words but I also don’t want them to be gun-shy about trying to say new things! 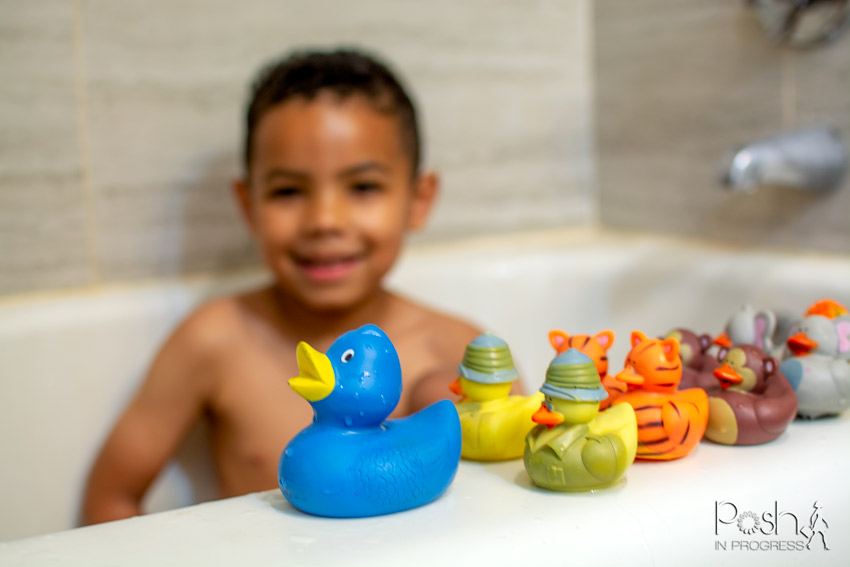 Bath time has always felt pretty stressful to me. It is usually a rush after school, after work, after dinner, to get them clean, dressed and in bed, all in time so I have 30 seconds before I go to sleep. But lately, I’ve realized these baths are coming to an end. Earlier this year, we switched to showers. Mostly because my son started to protest bath time. My daughter still loves to take baths, but my son is mostly over them. Every now and then, I can talk them into a bath, but these times are few and far between. I think I’m going to miss bath time because of the innocence of it all. Watching my two kids play so innocently together, just talking and making up little games. It’s a time that can actually be quite peaceful, if I would just let it.

Every night, I tuck my kids into bed. We have a special routine of how to stack their blankets, how to turn on their nightlight, a special place for their lovey (aka, stuffed animal they currently love the most). All of these little routines are special and just between the three of us. I’m going to miss it when they no longer as me to tuck them in, no longer ask me for one more kiss, no longer ask me to kiss their lovey too.

Probably the thing I am going to miss the most, is all the free, uncensored love they give me right now. They want hugs, kisses, cuddles, and all the love that I can give them. They give it to me freely and I don’t (usually) even have to ask. When I dropped my son off at school today, he held my hand a little longer, he wanted a few extra hugs and snuggles. I know he’s only in kindergarten, but I have a feeling this won’t last long. Any day now, he will be embarrassed that I even try to hug him. I know it’s coming. So for now, I’m going to cherish all those hugs and kisses, sneak in extra when I can, and never take for granted the love that they show me so freely.

Raising kids is hard – mostly tiring more than hard, but it is so amazing at the same time. What will you miss most about kids being little?