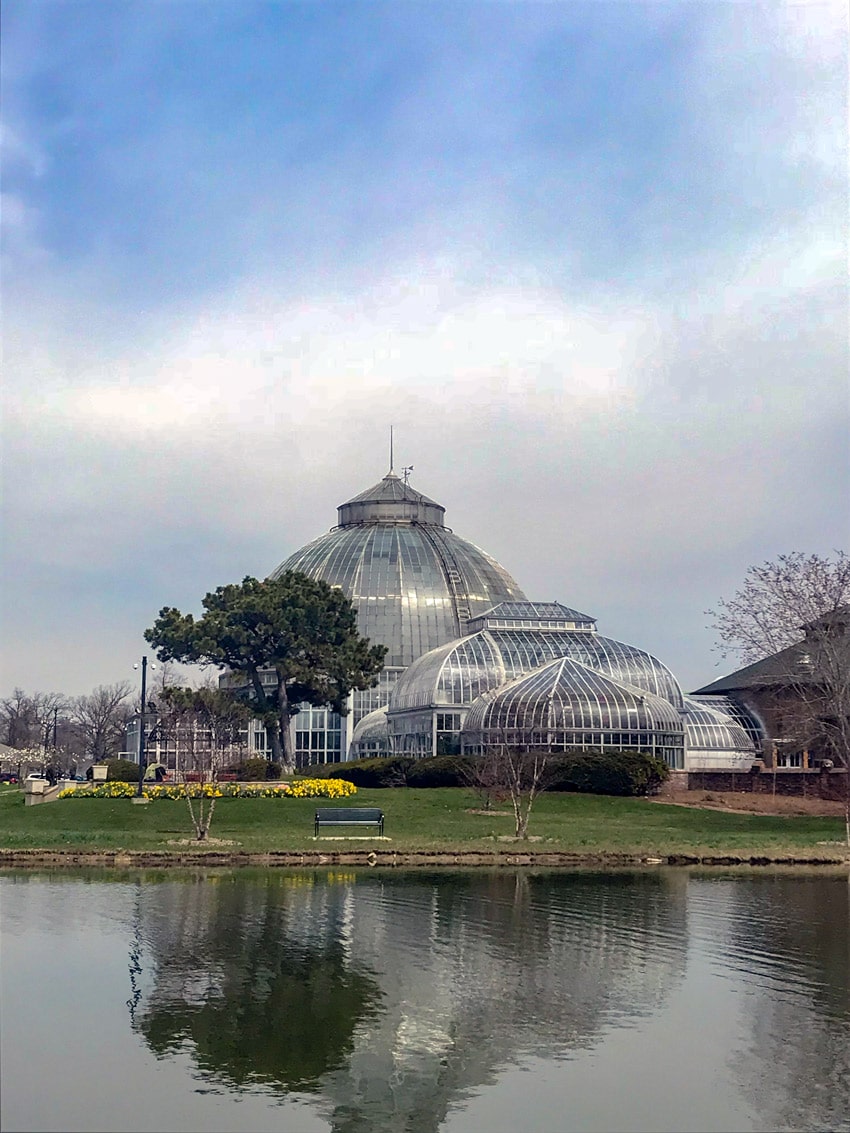 Getting to travel for my day job is a major perk. I love getting to experience new places and cultures. This wasn’t my first time in Detroit, but I hadn’t been back since I was 8 or 9 years old. I forgot there there are a lot of cool things to do in Detroit.

Detroit holds a little extra specialness for me. My mom was actually born in Pontiac Michigan, which is about 30 miles outside of Detroit. Both of my great grandmothers lived in Detroit before they passed. My dad is also from Michigan, and a major University of Michigan sports fan. Although I grew up in Green Bay, WI, my family always had a stronger allegiance to all things Michigan. My fondest summer memories as a child were spent in upper Michigan. My childhood our weekends, you couldn’t come to my house without my dad in front of the TV watching Michigan football, basketball, or one of the many Detroit teams blaring in the background.

So you see, Detroit is more than just another place for me to visit. Even though I haven’t spent much time there, it still has a prominent place in my childhood memories. Getting to visit as an adult has a lot different meaning than as a child. I was able to (re)visit some of the places I visited as a child. They felt so different, but still brought back great memories.

Despite the stereotypes you might think you know about Detroit, there is still a lot to see and do and experience in the city and surrounding areas. If you get a chance to visit sometime soon, here are 5 cool things to do in Detroit.

6 Cool Things to Do in Detroit

The one thing I remembered most about my trip to Detroit as a kid was our day at Belle Isle. I remember the giant slide, the gorgeous fountains, and the view of the city. Getting to go back to Bell Isle brought a lot of childhood memories rushing back. I even called my mom to tell her as I sat on the rocks staring over the water at downtown Detroit. I didn’t go inside, but I also loved the architecture of the large green house. If you get a chance to visit the Isle, I’d highly recommend April. I was there just as a bunch of daffodils were in bloom and everything was blooming and gorgeous. 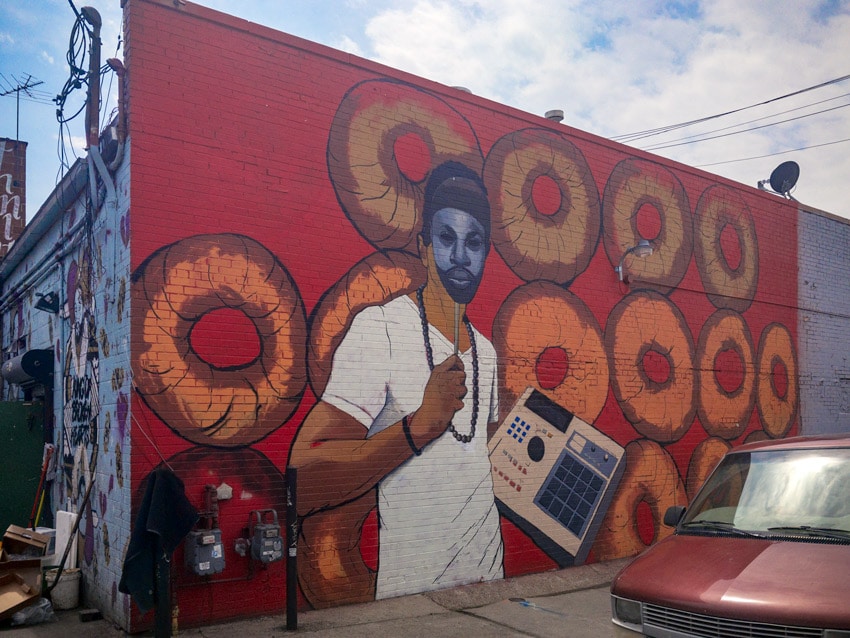 One afternoon, I had a free couple of hours to explore the street art in and around the Eastern Market area of Detroit. As I mentioned in my last post, the street art really was some of the best I’ve ever seen. It wasn’t just beautiful, it told a story, it had a message, and it was also really beautiful.

3. Take in (the History of) the Music Scene 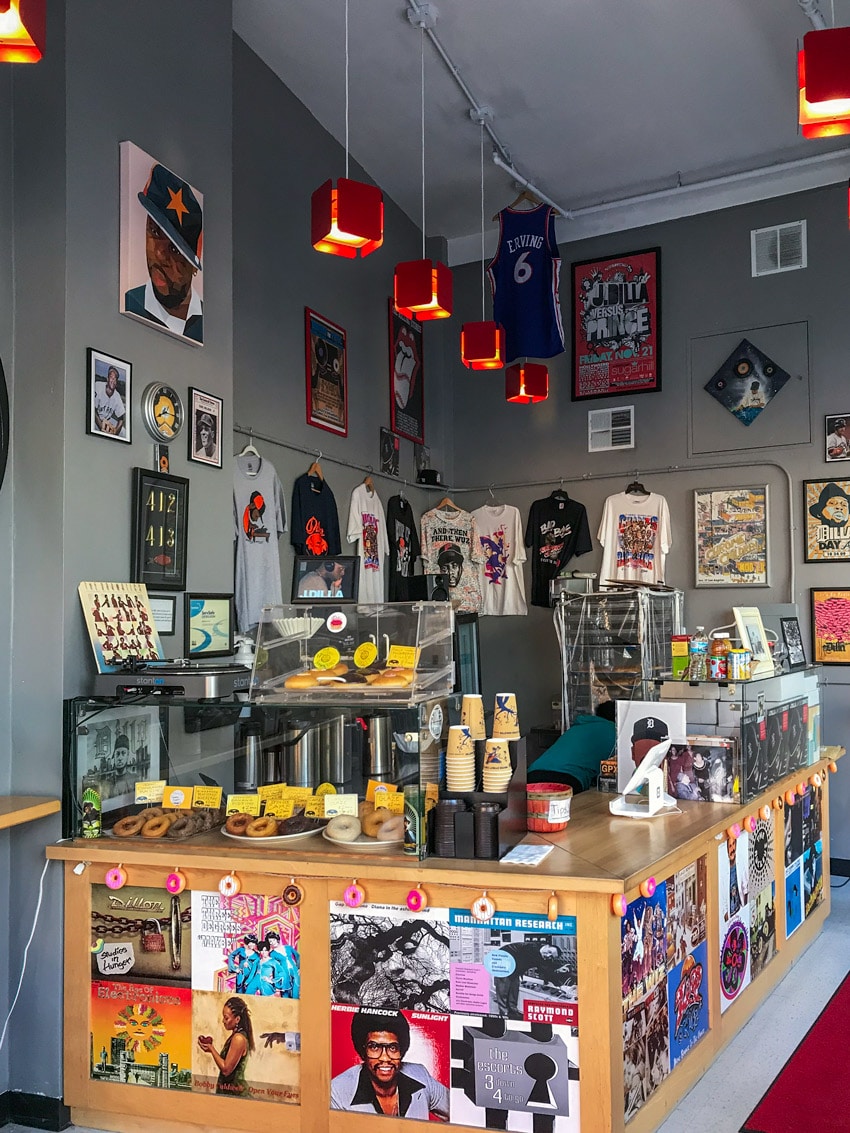 If you didn’t know it, Detroit has quite a history of music. No, it’s not just Eminem. Long before him, Detroit is known for being the birth place of the Motown sound and also techno. There’s a long history of soul, r&b, hip hop, punk and rock and roll in the city. As I walked around the city, I saw signs of the musical influences and I even visited a donut shop that pays homage to a hip hop legend, J. Dilla. I love most kinds of music, so I enjoyed the chance to learn more about the history of the music scene in Detroit.

4. Check Out the Local Shops 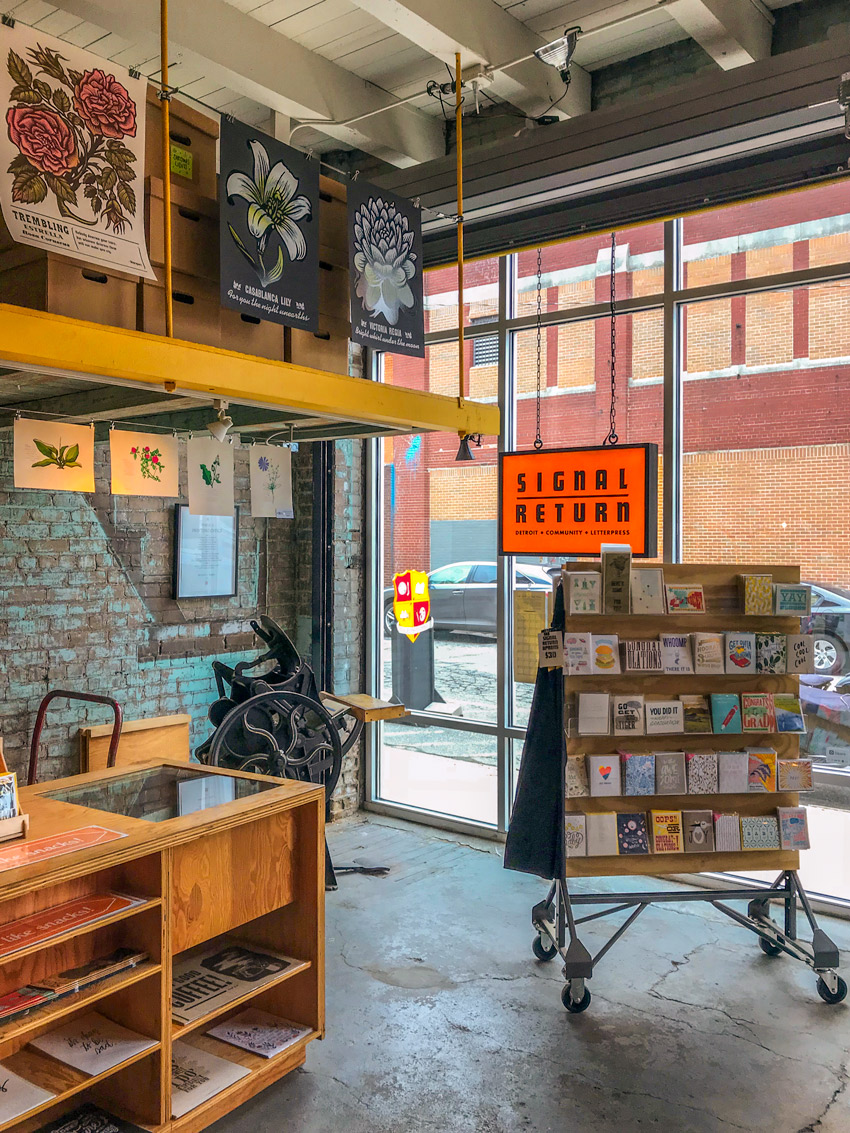 There’s a lot of emerging artists and entrepreneurs in Detroit. One of my favorite places I visited was a print shop called Signal Return. It’s a really cool space where artists can rent out the print area to make original art. There’s a lot of cute little independent shops around the city, so I’d highly suggest you check them out and pick up some original local art at Signal Return. 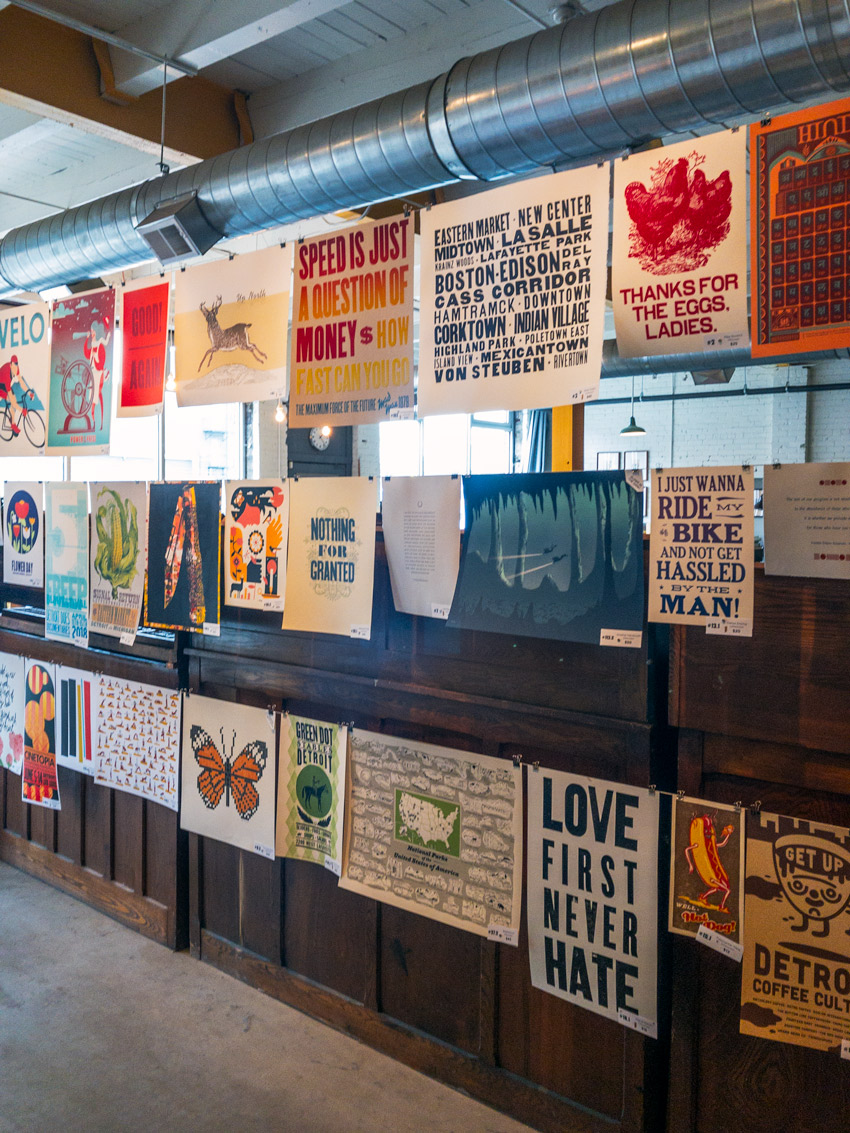 I asked several of the people I ran into what type of food Detroit is known for. Resoundingly, people told me about the Detroit-style pizza. I’m a pizza lover, and I definitely don’t discriminate on the crust type or topping types. I like it all. If you’re in Detroit, a few people suggested Jet’s pizza. It’s pretty deep dish, but it’s rectangular shaped. My colleagues tried Buddy’s, that claims to be the original Detroit-style pizza. Regardless of which one you try, Detroit pizza is definitely worth it.

This was my first time in Ann Arbor. I didn’t want to like it. As a University of Wisconsin alumna (go Bucky), I’m taught to hate the University of Michigan. However, the city was adorable. I loved the little downtown area. There were tons of cute shops, fantastic restaurants, and a lot of great breweries and bars. 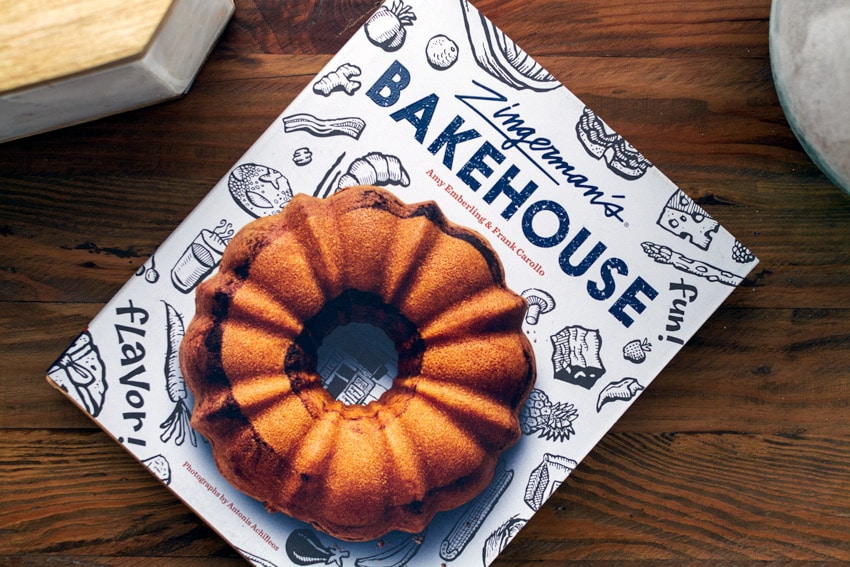 If you do get to Ann Arbor, you MUST go to Zingerman’s. Prior to arriving in Ann Arbor, both my rental car agent and the bus driver told me I had to go to Zingerman’s. Once I arrived in Ann Arbor, my hotel receptionist told me the same thing. With that many people recommending the place, I knew I had to check it out. Although I didn’t get a chance to have one of their famous sandwiches yet (I’m going to try them in a couple weeks when I’m back there), their fresh breads and other baked goods were really fantastic. If you do get there, you must try the chocolate sour dough bread. I wasn’t sure I’d like it – it seems weird to have that sour and rich and sweet all mixed together, but it’s sooooo good. I’m also super excited to try some of their recipes for myself, now that I have their cookbook (c/o).

These are just a few of the cool things to do in Detroit. I’m really excited that I get to go back again next week (for a work meeting) so I can sneak in a little more time to explore the city.