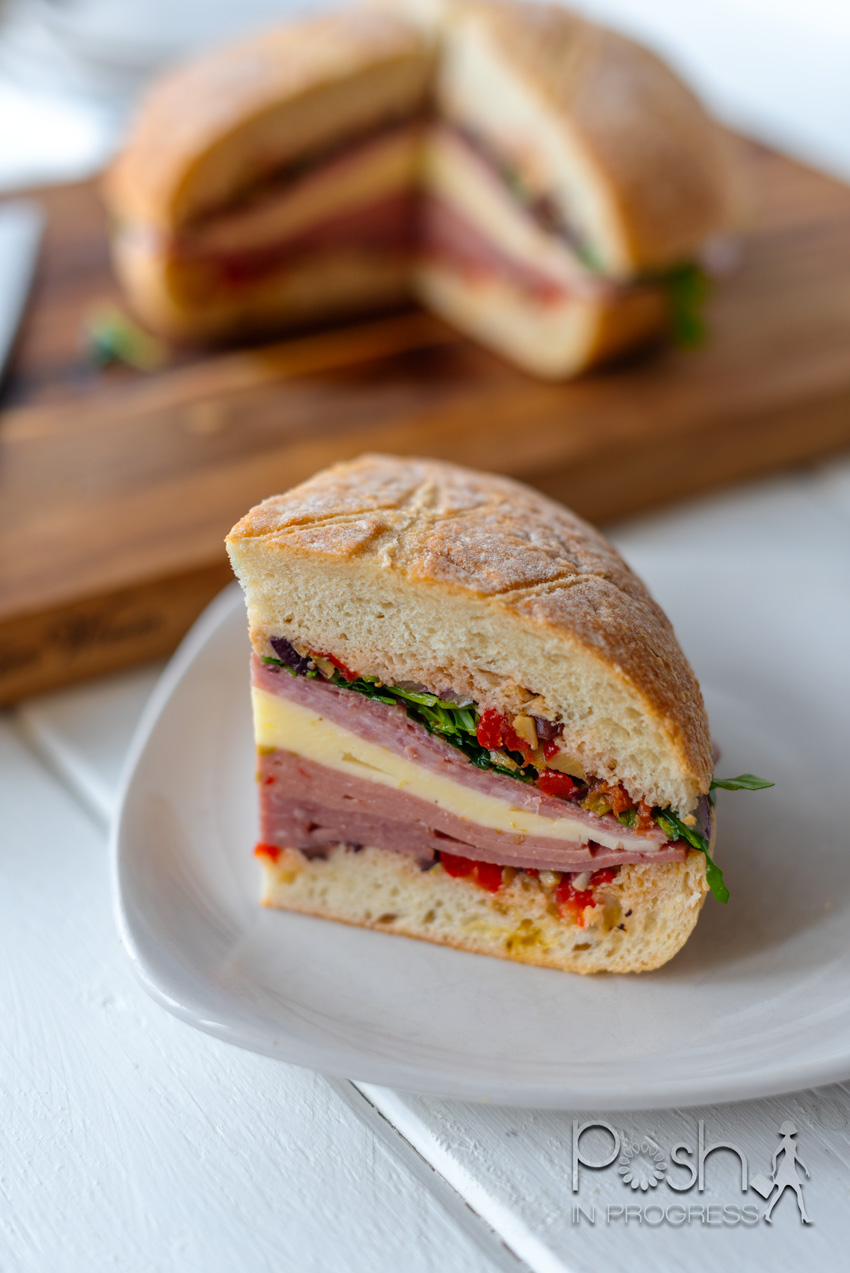 If you’ve been to New Orleans, you’ve probably tried a muffuletta – or at least passed some stores with muffulettas for sale. They are a classic New Orleans sandwich, first created by Italian immigrants. The word muffuletta is based on Sicilian sesame bread. Muffulettas first appeared in the French Quarter as early as the 1890s and have remained a popular sandwich in New Orleans. I received a bunch of deli meat in the mail, so I decided to create a muffuletta recipe as a way to enjoy all of the delicious meats. 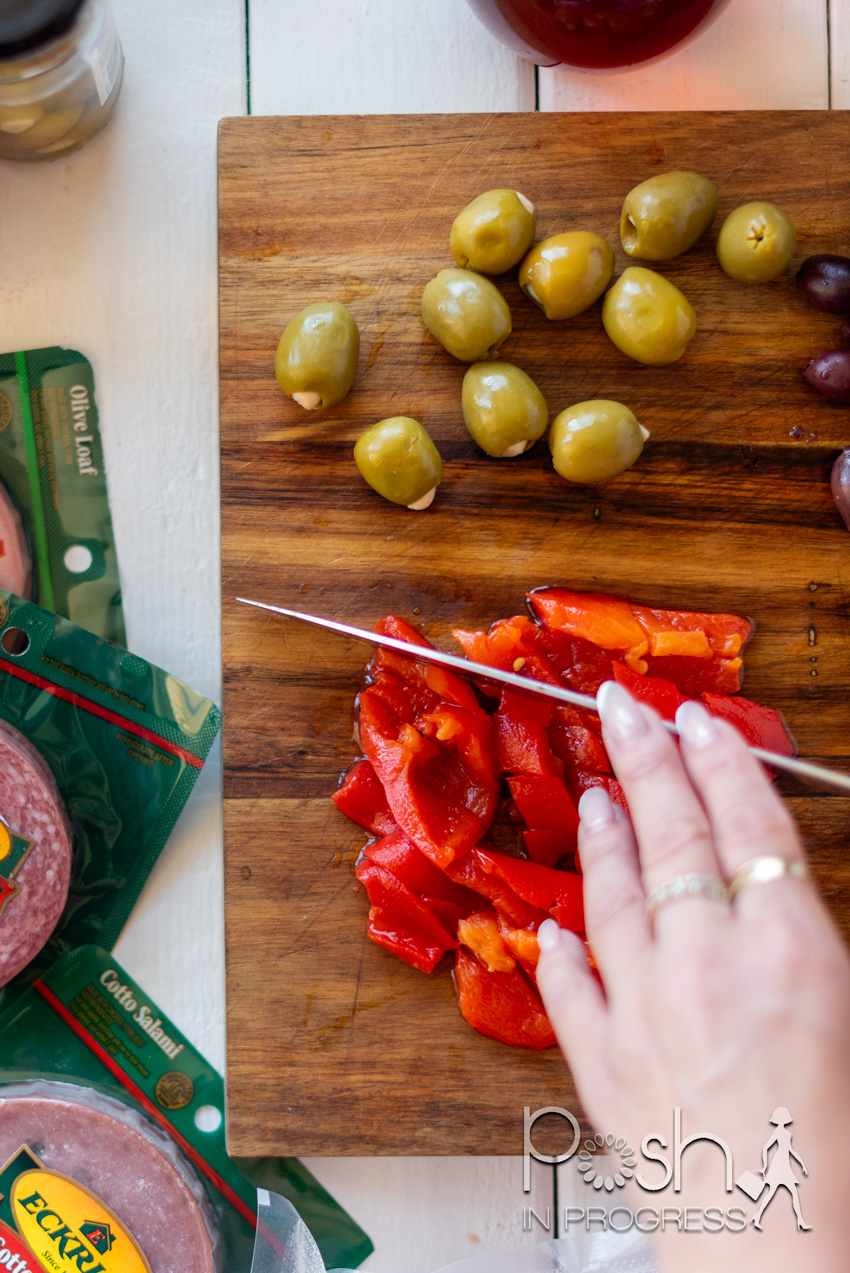 To make a muffuletta recipe, it’s actually really simple. The main challenge is finding all of the ingredients in one place. I struggled to find mortadella, so I used olive loaf instead. If you prefer to be even more classic, sub out the olive loaf for mortadella. I only did one layer of cheese, but I’ve also seen them done with even more cheese. 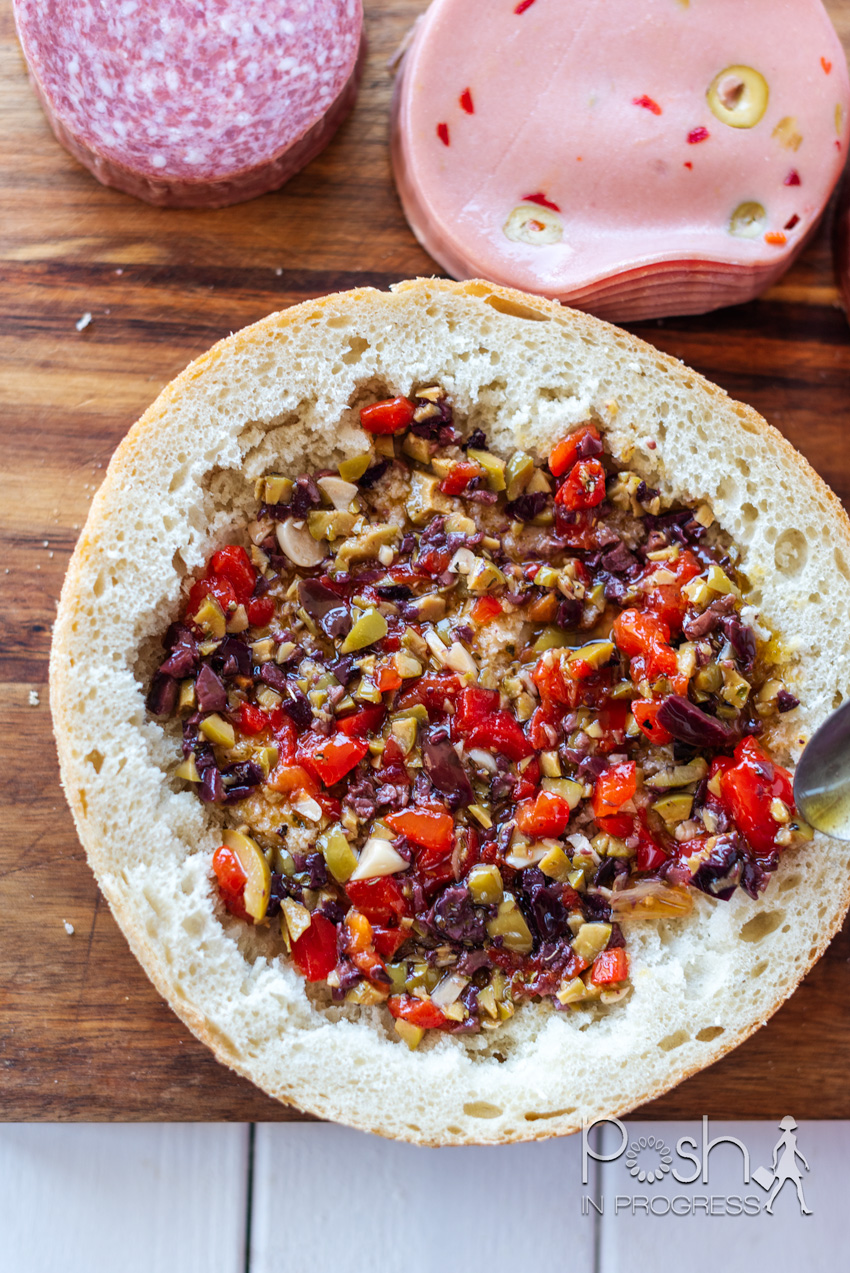 This muffuletta recipe is an olive lovers dream. It’s also a very hardy sandwich that stores so well in the refrigerator. We actually enjoyed the recipe even more as time went on. The reason for this is that all of the yummy flavors soak into the bread and have more time to marinate together. Overall, this classic New Orleans muffuletta recipe is super easy to make and it serves at least 6-8 people! 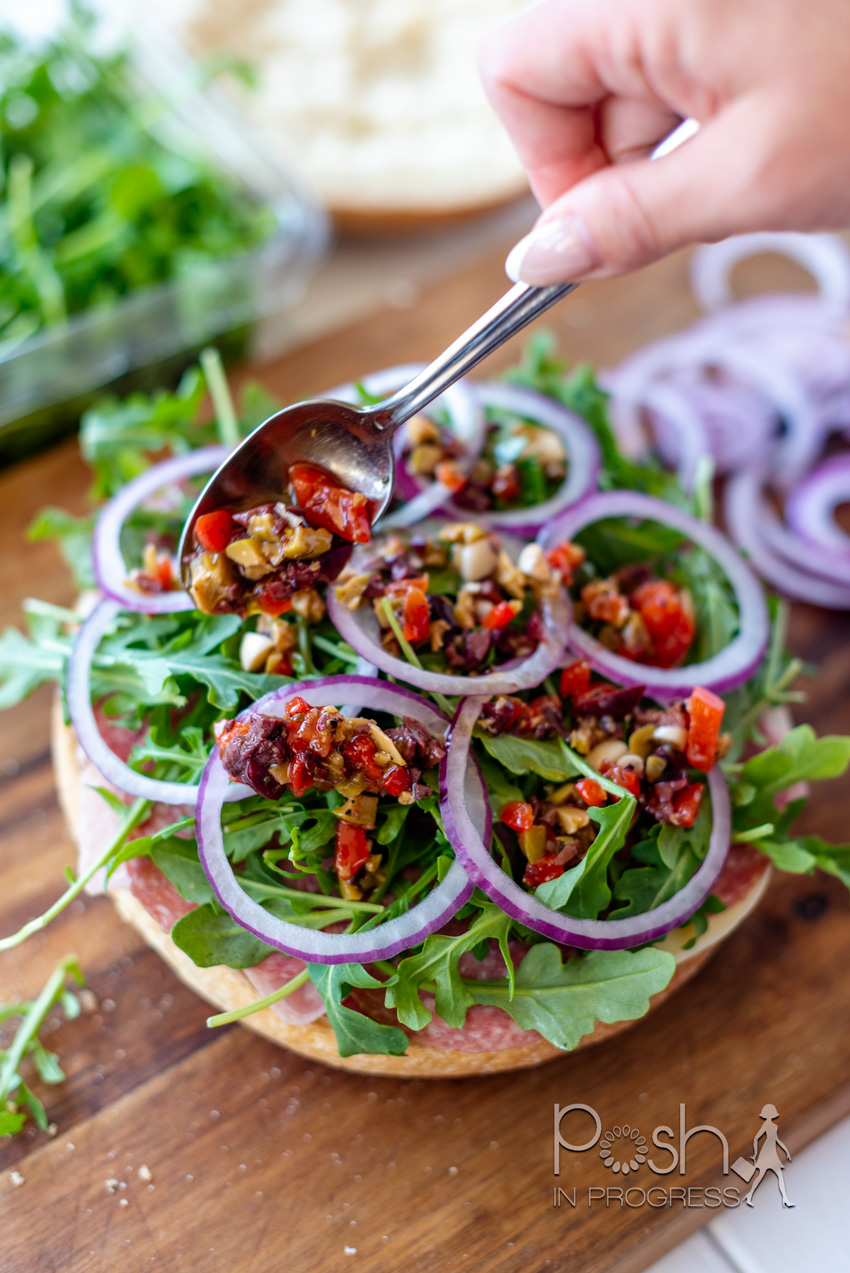 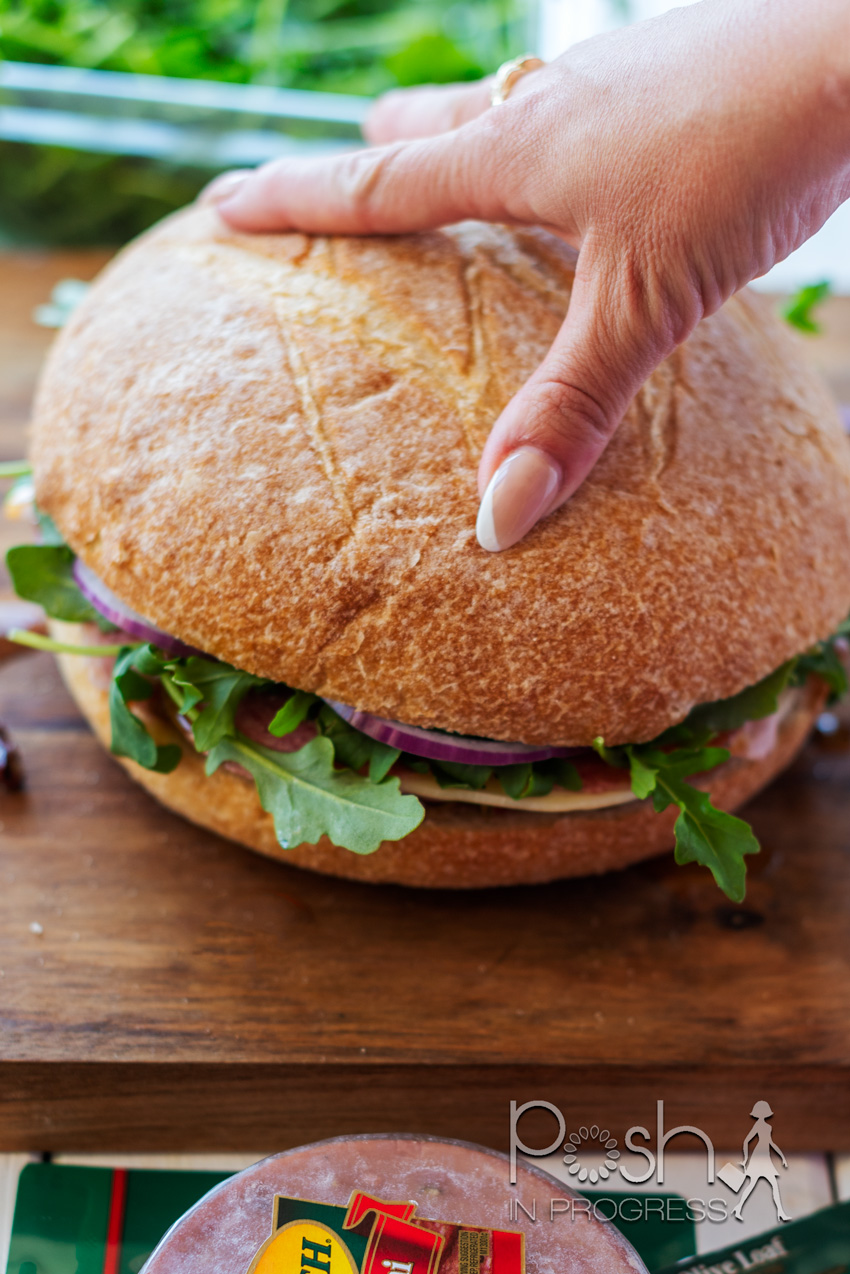 To make the muffuletta recipe, whisk the first 3 ingredients in a large bowl to blend. Gradually blend in the oil. Stir in the olives and roasted peppers. Season the vinaigrette, to taste, with salt and pepper.

Cut the top 1-inch of the bread loaf. Set the top aside. Hollow out the bottom and top halves of the bread. Spread some of the olive and roasted pepper mix over the bread bottom and cut side of the bread top. Layer the meats and cheeses in the bread bottom. Top with the onions, then the arugula. Spread the remaining olive and roasted pepper mix on top of the sandwich and carefully cover with the bread top. You can serve the sandwich immediately or you can wrap the entire sandwich tightly in plastic wrap and place it in the refrigerator a day before serving. Cut the muffuletta sandwich into wedges and serve.

Do you have a Muffuletta recipe that you love?  What is one of your favorite things to make?  Let me know in a comment below!

« Summer Fun: The Best Backyard Water Toys for Kids on Amazon
How to Style a Shein White Ruffle Hem Dress this Summer »