Fluffernutter Muffins These peanut butter banana bread fluffernutter muffins are filled with a marshmallow buttercream. They are a yummy anytime snack. 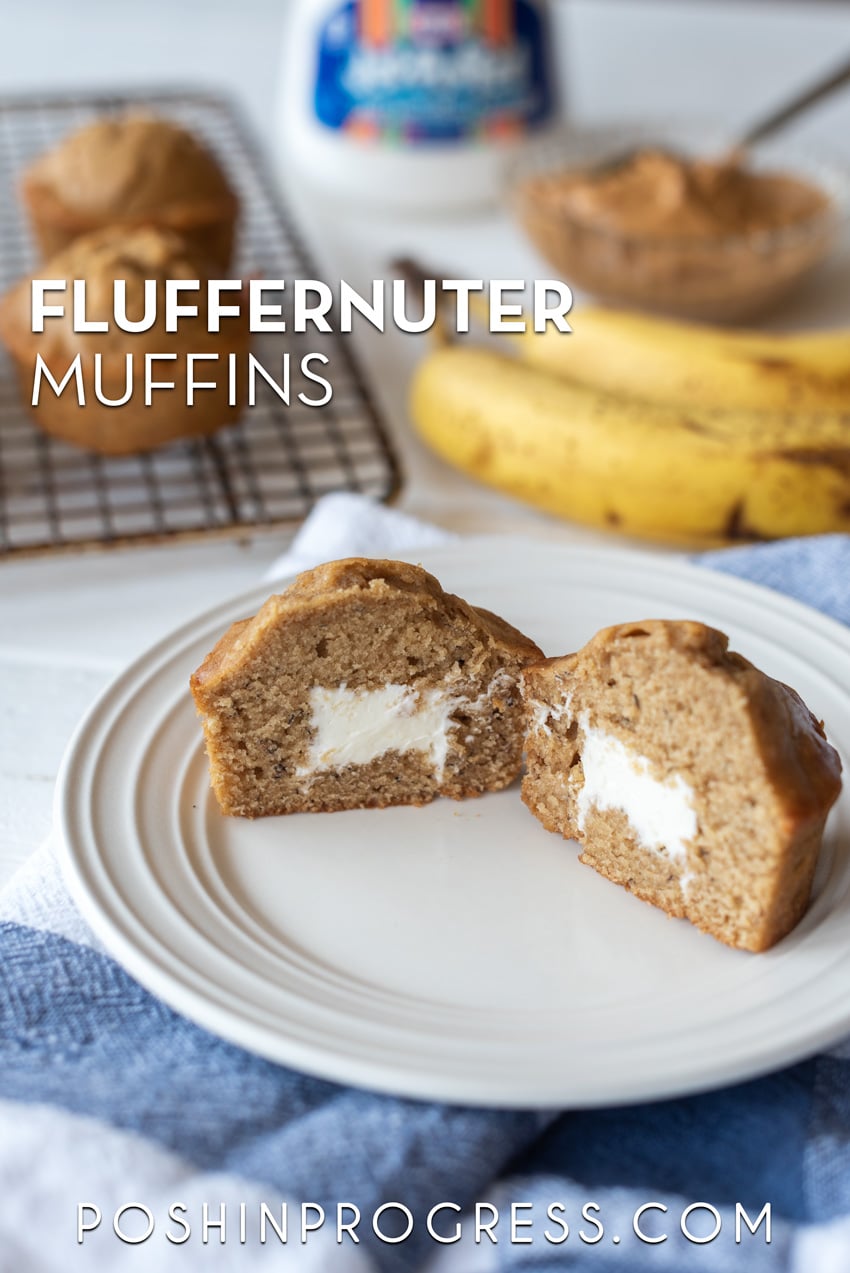 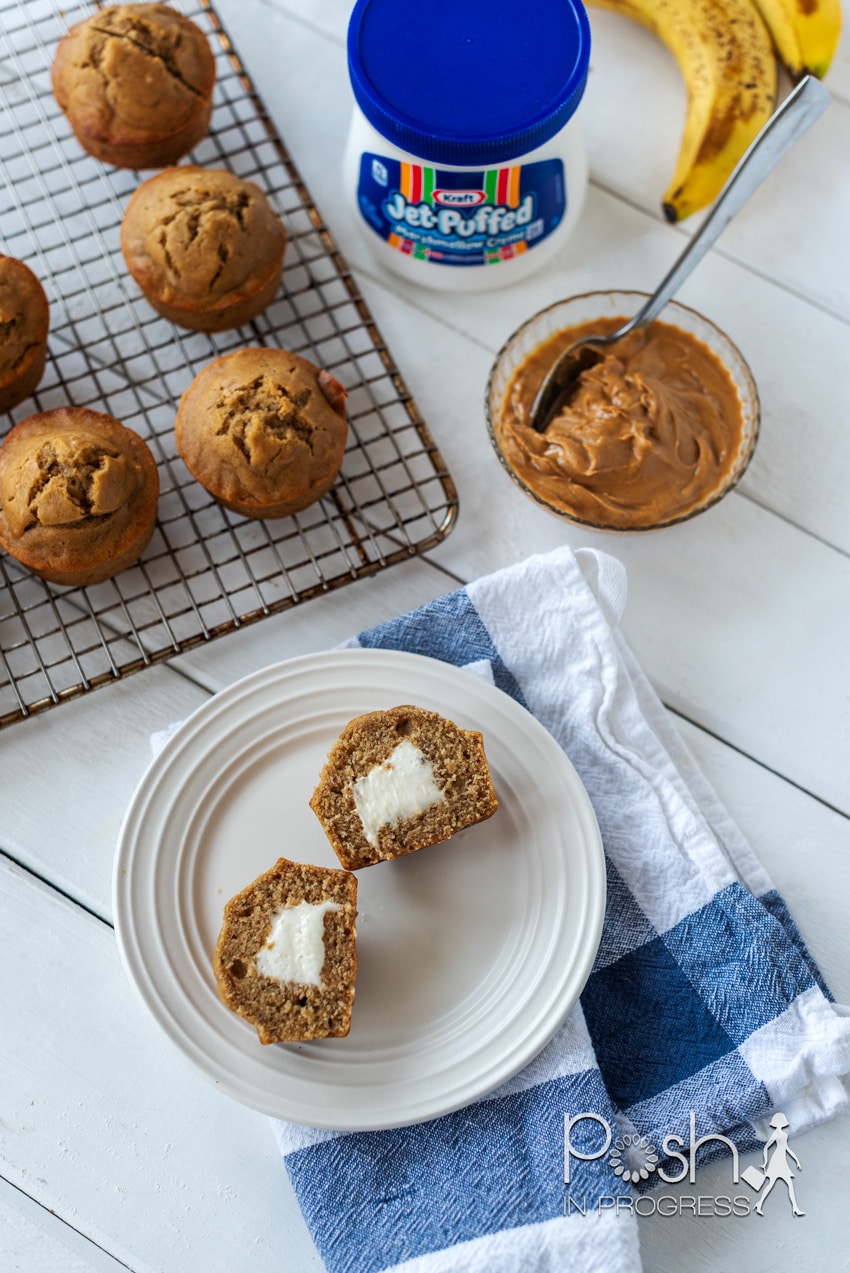 It is a great combination of peanut butter, banana, and marshmallow. The muffins themselves are not very sweet, so the marshmallow buttercream in the middle adds the perfect amount of sweetness. It is a great balance between the savory cake and the sweet filling. 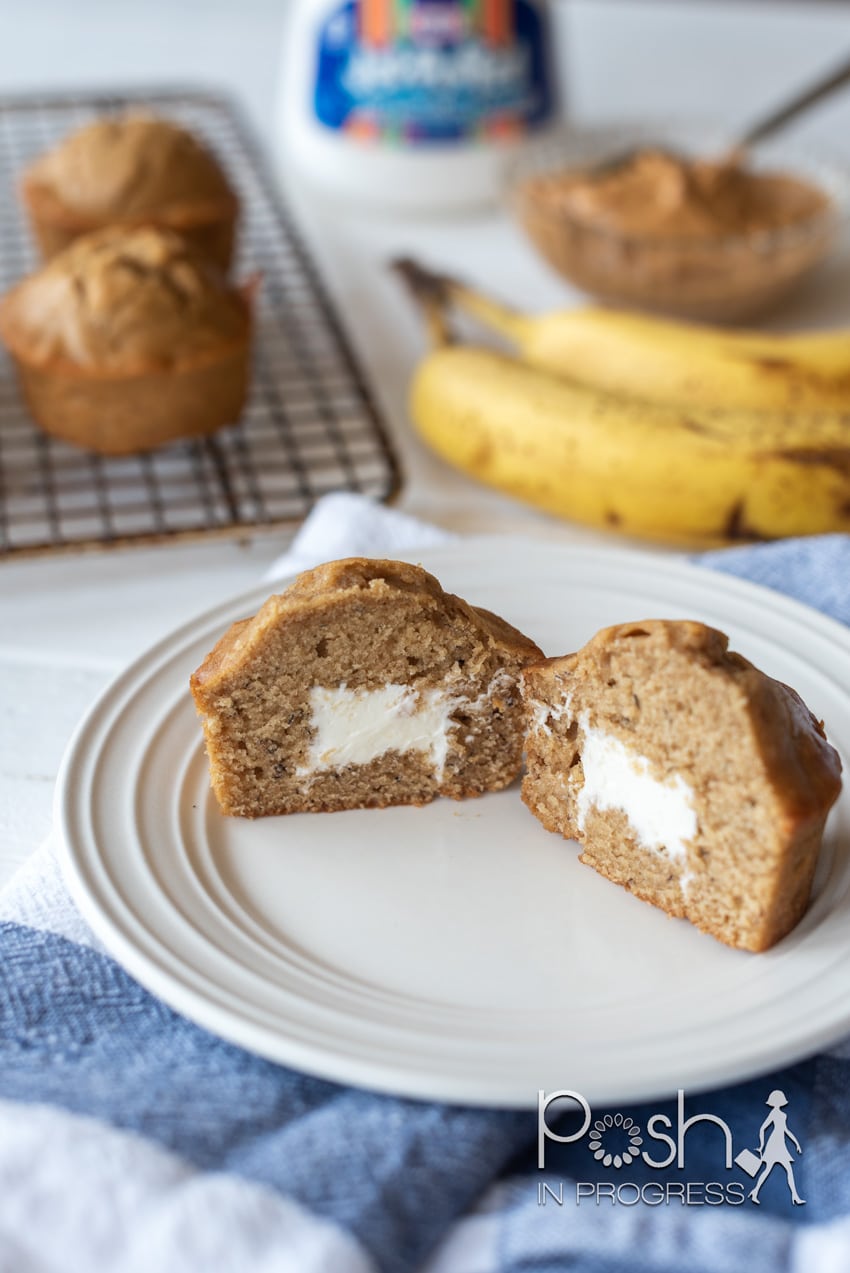 To make the muffins:

In a medium mixing bowl, sift together flour, baking powder, baking soda and salt. In a large mixing bowl, using a mixer on medium speed, beat together banana, peanut butter, brown sugar and oil until creamy – about 1-2 minutes; beat in vanilla and egg until combined. Reduce mixer speed to low and gradually beat in flour mixture, alternating with milk. Divide the batter to fill 12 muffin tins.

Bake 20-22 minutes or until light golden brown and risen. Cool 5 minutes before transferring to wire racks to cool.

To make the buttercream:

In a large bowl, beat marshmallow creme, softened butter, vanilla, and 1 tablespoon milk with electric mixer on medium speed until blended. Beat in powdered sugar until fluffy. If necessary, beat in more milk, a few drops at a time, until thin enough to spread.

To fill the muffins:

I used a small cookie cutter I have to create holes in the bottom of the cupcakes and then I filled them with buttercream using a spoon. If you have a piping tip and bag, you could fill them that way. You could also just use a knife to cut out a section of the inside of the cake. I found using these mini cookie cutters the best option. After filling with buttercream, I then cut the piece of cake I’d removed in half and then pushed it back into the whole.

« Here are Polka Dot Midi Dresses Under $25 that I Love
How to Style Biker Shorts for Curvy Women: 3 Cute Ideas »