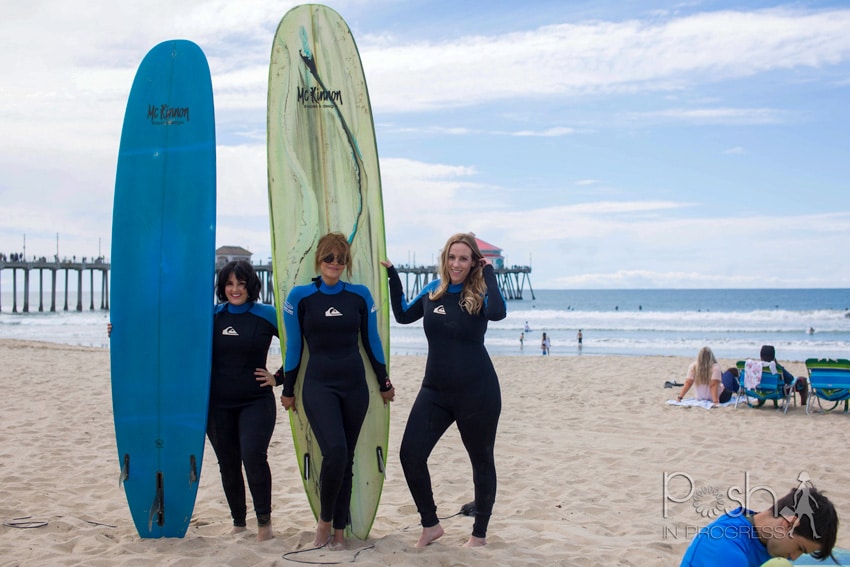 If you had told me a year ago that the people who mean the most to me in the world are people I met on social media, I would have laughed out loud. If you had asked me if you can make real friends on social media, I definitely wouldn’t believe you. Ironically, my two best girlfriends (Terri and Ramona, above) I met on Instagram. Earlier this spring, I met another friend on TikTok (Ky), someone who it felt I’d known for years.

It is downright shocking to me that I have built real, deep friendships with people on social media. I joined social media to promote my business, to connect with my readers and followers, and use them as another creative outlet to share my work. I honestly didn’t believe the online community of influencers was authentic. Most of the people, I assumed were only rosy personas they created.

I first realized how special social media connections can be at my first Beaches Social Media on the Sand Conference back in 2018. It was the first time I was surrounded by many other influencers and realized that most of them were even cooler in person.


Over the last couple of years since the Beaches conference, I’ve maintained and grown a lot more relationships with influencers. It took me awhile to realize that I should view these people as my colleagues. Early on in my blogging career, I viewed other influencers as competition, even as a threat. I’ve realized I was being short-sighted. In reality, we all do better when we support each other. My only real competition is with myself.

That’s why I’m so grateful for the relationships and people I’ve met on social media. We build each other up and support one another as we grow together. Just last week, my friend Ky interviewed me for his web series “Kyrus has Friends.” I enjoyed so much talking with Ky and sharing some of my perspectives on a variety of topics. Ky is such a positive influence on me and the other people he reaches through his platform. It’s still rather shocking to me that I randomly found him on my FYP on TikTok. He quickly felt like someone I’d known for years.

It’s amazing how the world works to connect people. I feel exactly the same about the relationships I built with several of the influencers I met at the Travel Mom’s weekend back in March. Without that weekend, I may not have my two best girlfriends, who have literally been my lifeline during quarantine. I am so grateful for the friends I’ve made on social media. So if you ask me, yes, you can make real friends on social media.