I received complimentary access to the Disneyland Magic Happens Parade. All opinions are my own. 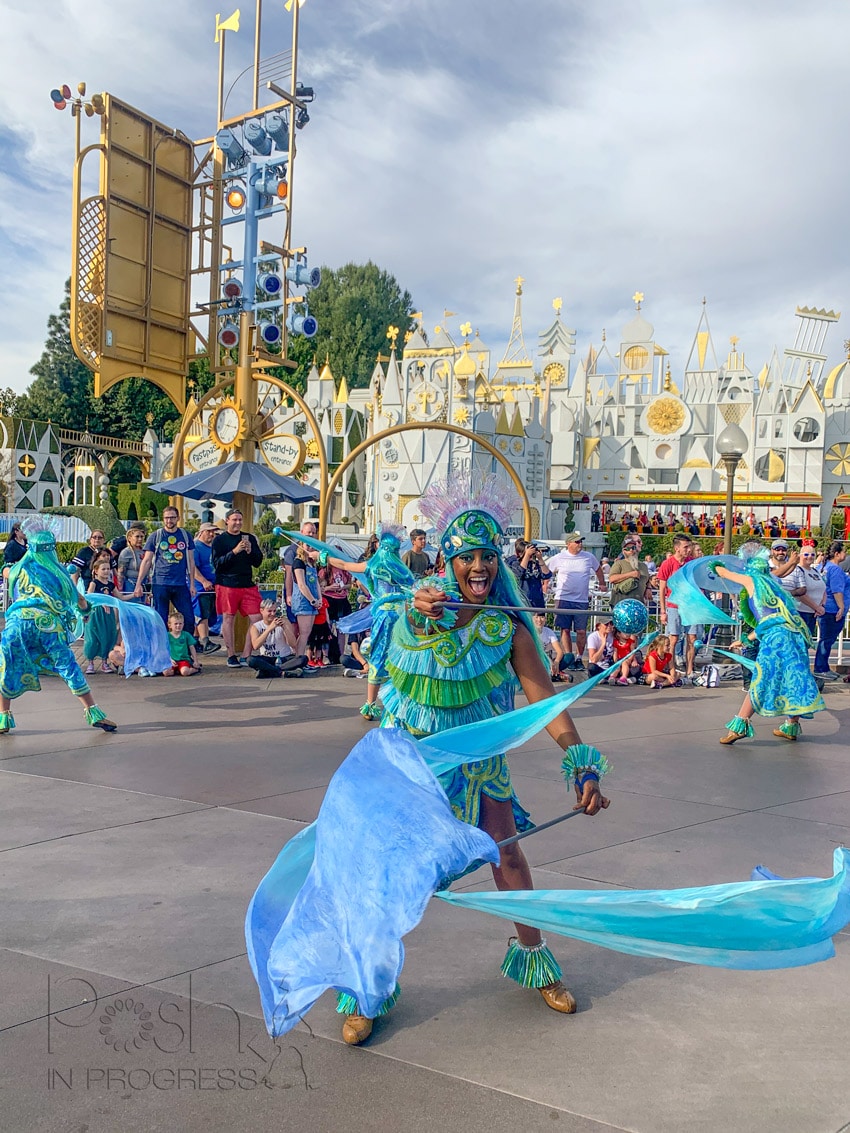 Last weekend, Disneyland invited my family and me to attend the all-new Disneyland Magic Happens Parade. We were lucky enough to have a front-row seat to take in all of the magic – and it was magic.

Disneyland hosted a spring press event for local bloggers and some even traveled to attend. Since moving to Los Angeles, we’ve been lucky enough to visit Disneyland a few other times, but this is the first time we attended a day-time parade. 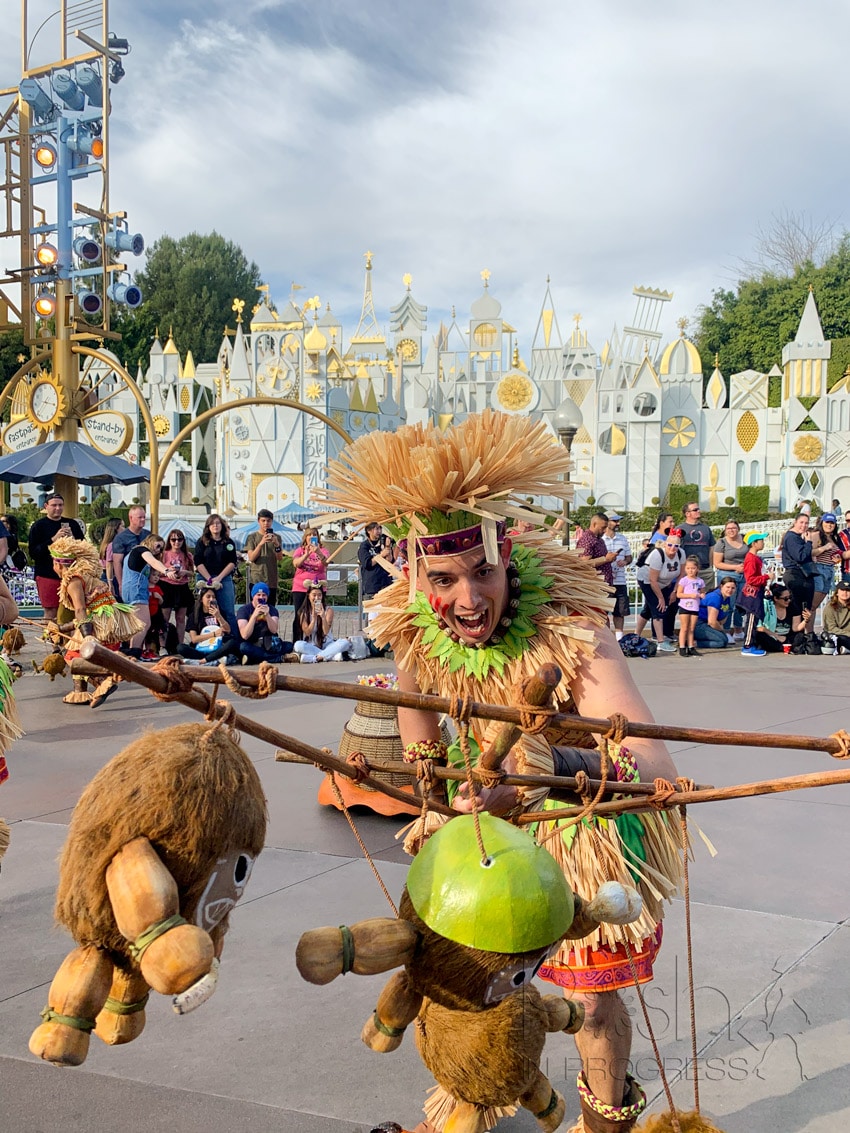 The parade started with some amazing dancers (first photo!). All of the costumes were gorgeous and the energy was electric. If you’re a fan of Disney movies, you will definitely love the Disneyland Magic Happens parade. All of the songs are from your favorite movies, such as Frozen II. My kids were singing along the entire time. They had actually seen even more of the movies than I had expected, so they really loved it. 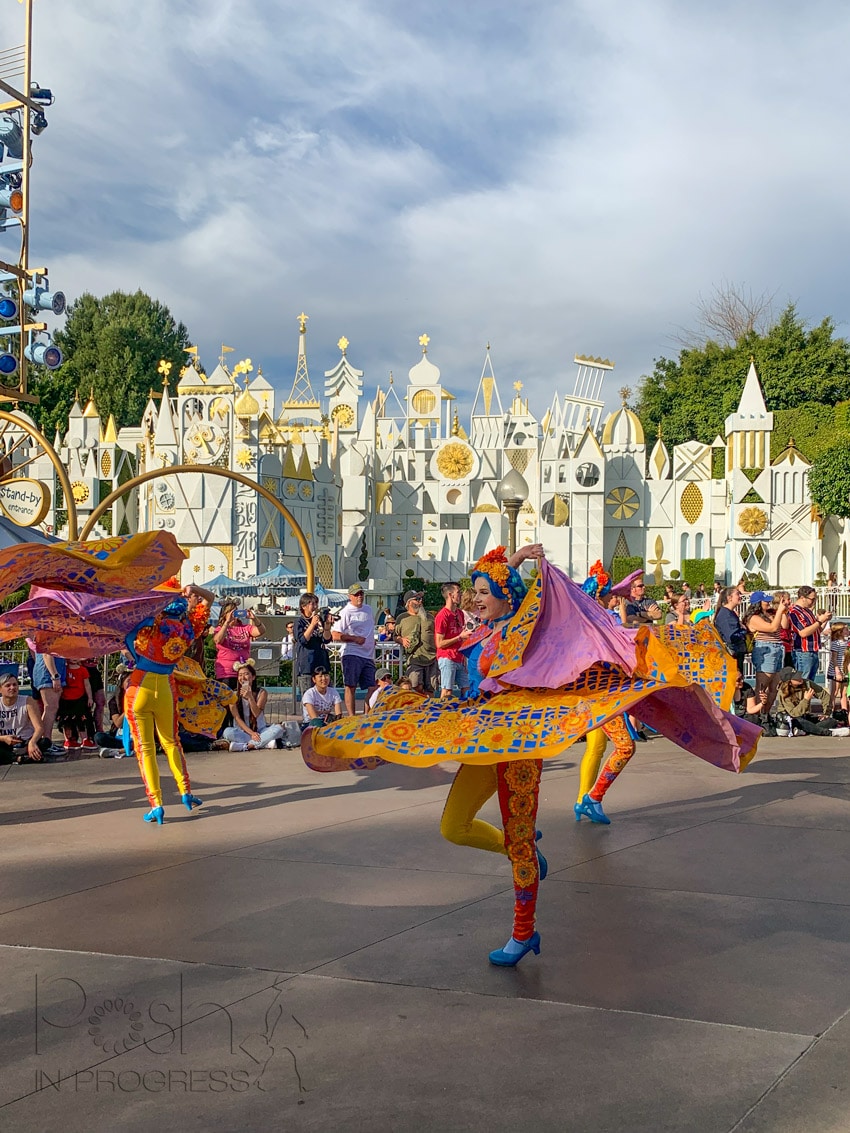 The best part for me was seeing the excitement on their faces as each of the floats emerged from behind the gate. It was so fun to see all of the bright colorful floats and costumes. The Frozen II float was probably my favorite. There were so many intricate details and the frozen horse in the back juxtaposed with the bright leaves was really gorgeous. 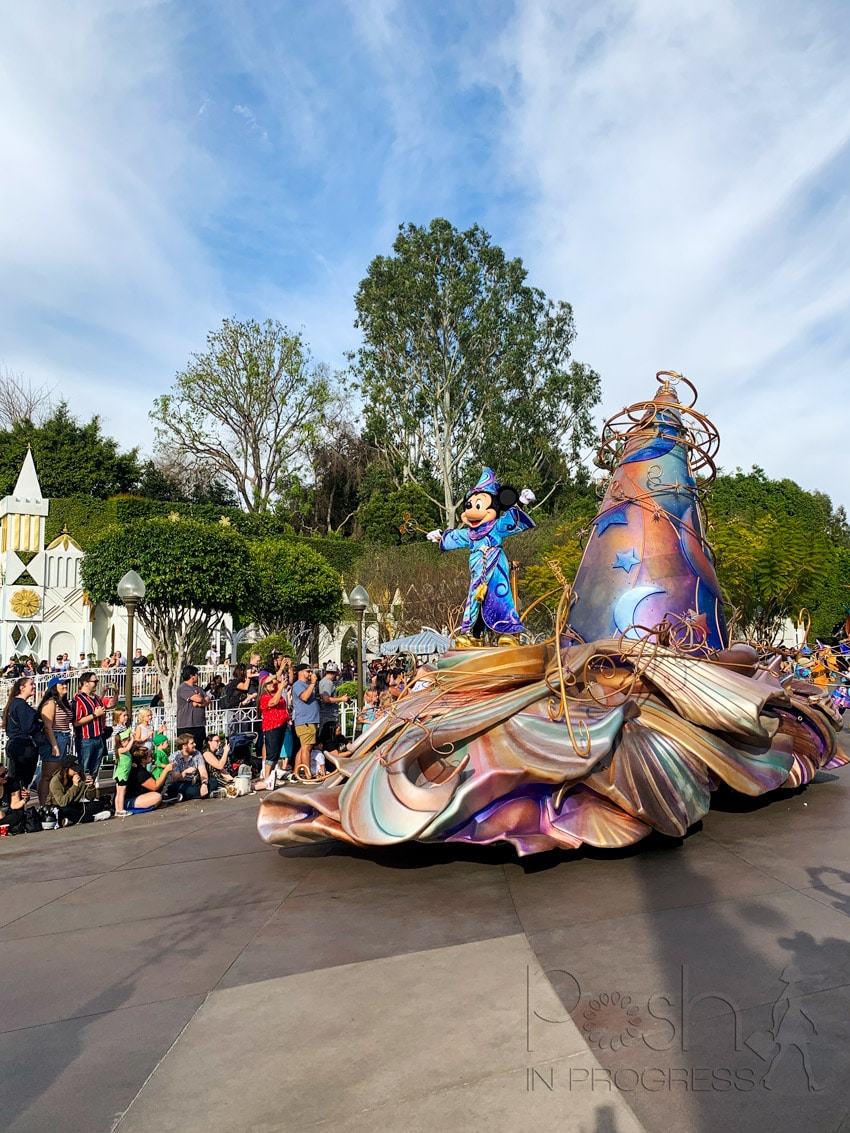 My other favorite moment was when my daughter saw the princess from the Princess and the Frog float. I’m sad I didn’t capture a photo of her, but it was truly a special moment. Our seats were so close that the Princess actually made eye contact with Gigi and she blew her a kiss. There are still not that many strong, beautiful African American characters in cartoons. So I am so happy that Disneyland included the Princess and the Frog so that my daughter was able to see a princess she can relate to.

If you have a chance to visit Disneyland sometime soon, I’d highly encourage you to take the time out of your busy day to see the all-new Disneyland Magic Happens parade. It was so visually interesting and I was blown away by the artistry of the dancers, the costumes, the music and the floats. I’m so grateful we live so close that we are able to attend events like this. Thank you so much Disneyland for including us!

Coco is 3! Do you celebrate your pet’s birthday?

I love chili in the wintertime, but I’ve never m

With the start of the new year, I'm not only think